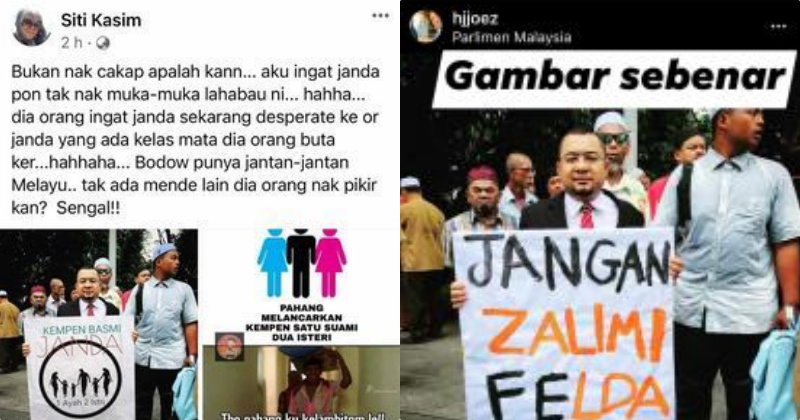 Activist Siti Kassim has apologised to Hj Joe for a comment she made on social media relating to an “Abolish Divorcees” campaign allegedly purported by a netizen by the name of Hj Joe.

The poster in question was an edit of Hj Joe’s original campaign for a call not to be cruel to Felda.

In her status, slamming Hj Joe, Siti Kasim wrote: “I am under the impression that even divorcees will not give these men a chance. How desperate do you think they are?”

Hj Joe, who made nothing of it initially, became more critical of the act, stating that things went south from thereon.

He attempted to contact Siti Kassim, only to be ignored, and when he threatened to take legal action, only then did Siti Kassim responded.

Talking to the mass media, Siti Kassim issued her apology stating “I would like to apologise for my posting two days ago. When he told me that the picture was fake, I took it down immediately.”

“I took the picture off of an individual that I thought was true on social media. I have no second thoughts that when I make a mistake, I apologise.” 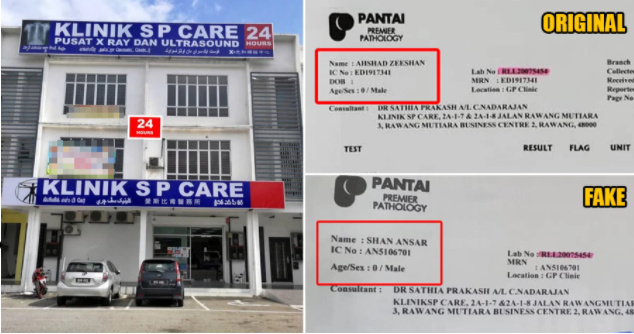