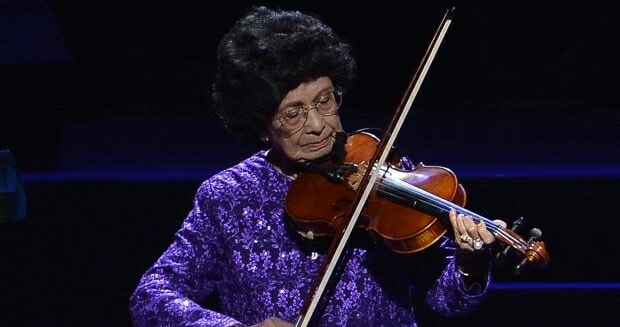 Malaysia stood still when the news of Adib’s passing came to light. Even though our hero is gone, he’s still in our hearts and minds till this day.

Take a look at a snippet of her performance below:

Siti Hasmah gave a few words about Adib’s undestined wedding before her performance,

“There would certainly have been a wedding ceremony in a village in Kuala Kedah. But this was not to be as the would-be groom was called to be with his Maker. We pray for the wellbeing for his family and hope that they accept what has been fated by Allah.”

Her 20-minute performance was met with a standing ovation by the crowd.

Muhamad Adib, 24, passed away on the Dec 17 after being assaulted on the job at the violent Subang Jaya temple riots on Nov 27. The police have reclassified his case as murder shortly after and investigations are currently ongoing.

Let’s never forget what happened to Adib, not only to honour his deeds but to push us to make sure similar incidents don’t ever happen again.

Also Read: Adib Bought a Myvi to Use After His Wedding, Lawyers Are Now Helping to Solve the Car Loan