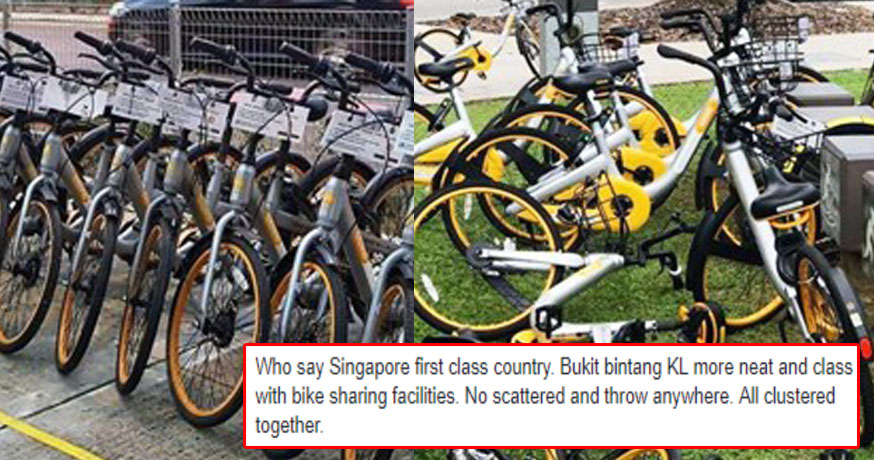 Yellow bicycles from the bicycle-sharing company oBike can be seen almost everywhere in Selangor and Kuala Lumpur. Some of them can be spotted in pretty interesting locations, too! 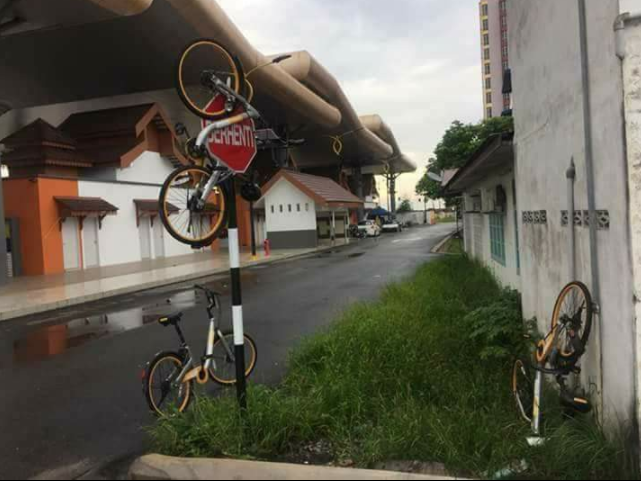 Seems like Malaysians are pretty creative when it comes to decorating the neighbourhood, eh?

However, a netizen from Singapore seems to think otherwise because he recently claimed that Malaysians have more class than Singaporeans when it comes to shared bicycles, according to The Sun Daily. 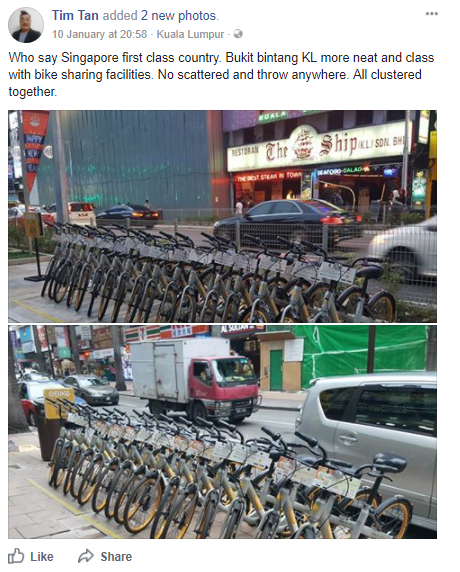 The pictures he shared show the bikes parked neatly in Bukit Bintang, unlike in Singapore. In the past, other Singaporean netizens also shared videos and photos of how disorderly some of the shared bikes are parked back in their home country. 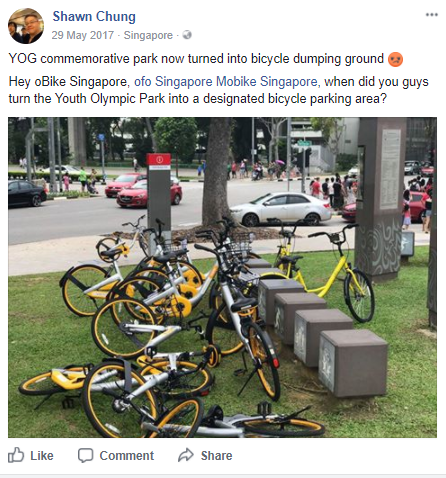 oBike has urged users time and time again to refrain from leaving the bikes at private compounds and sidewalks, but these words seem to be falling on deaf ears.

Although oBike has implemented point deductions and higher ride charges for parking in non-designated areas, inconsiderate bike users are still leaving them wherever they like. There were even two cases of these bikes being flung from the upper floors of Housing Board blocks last June.

This issue has of course, stirred up a debate among Singaporeans. While many of them agreed that a lot of bikes are treated badly, they put the blame on foreigners. 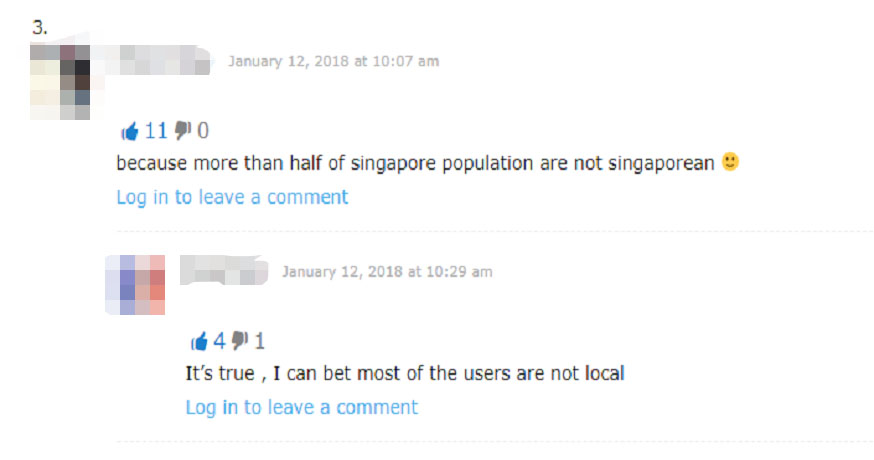 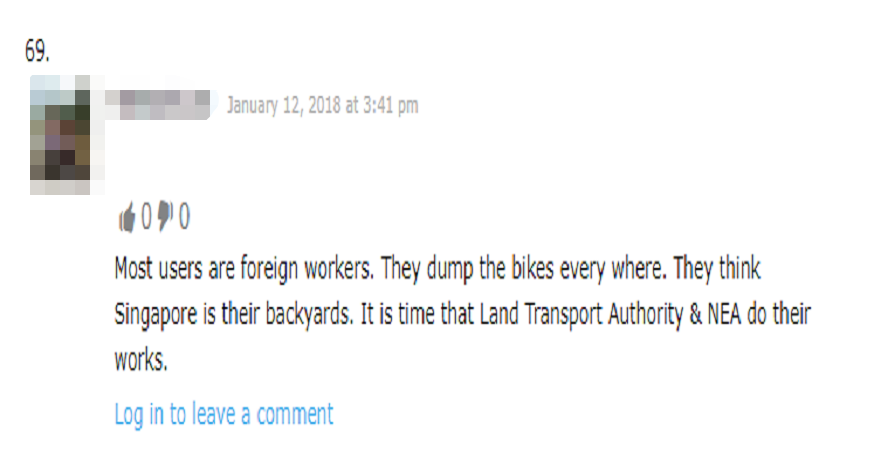 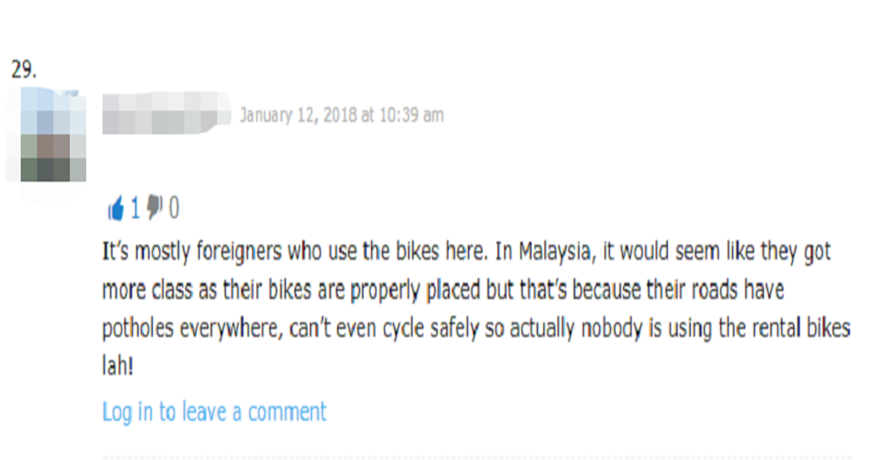 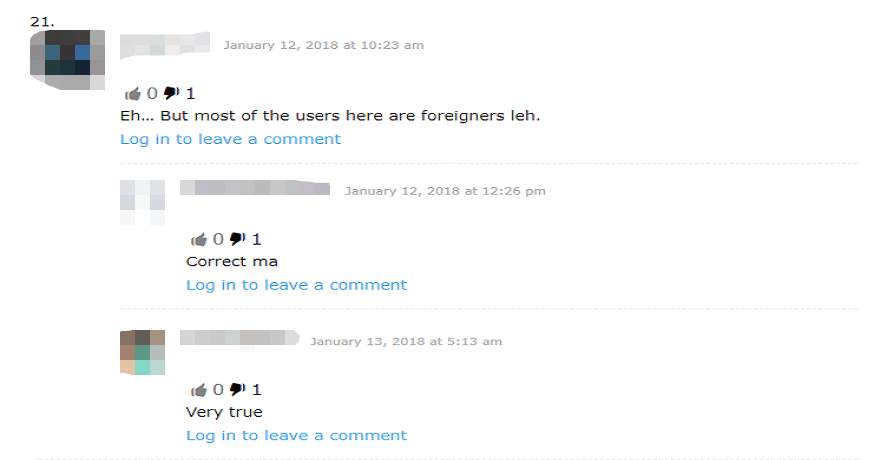 Some said the bicycles were neatly parked in Kuala Lumpur because they were not used as often as in Singapore. 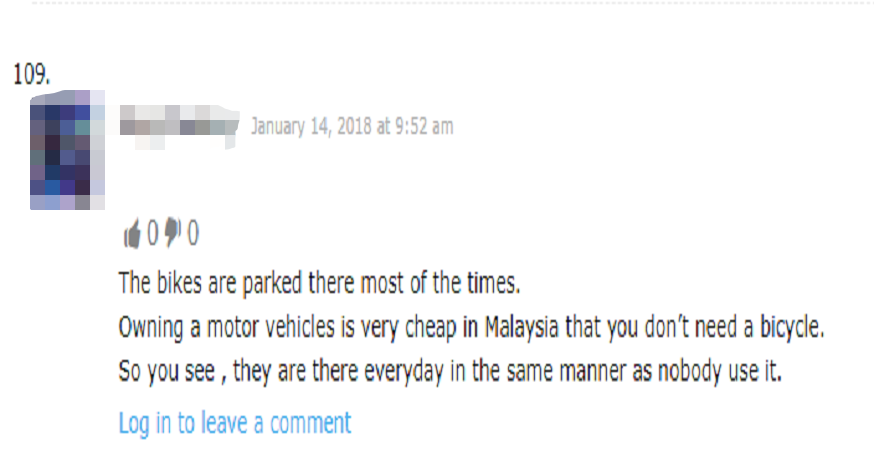 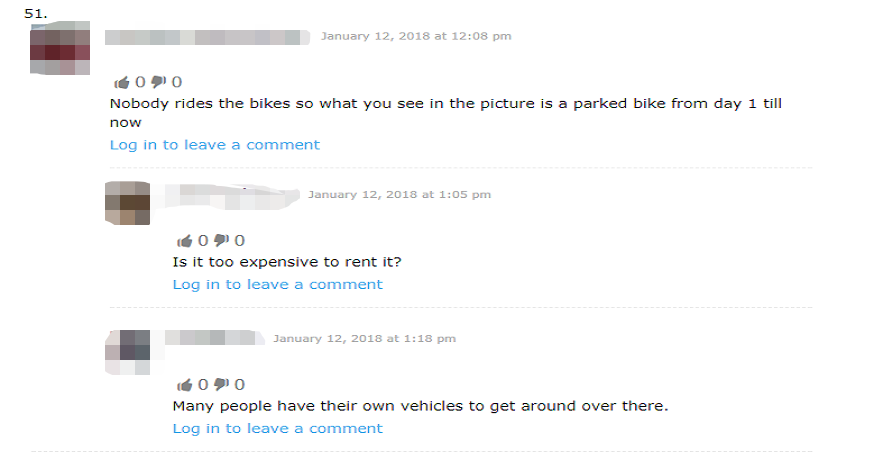 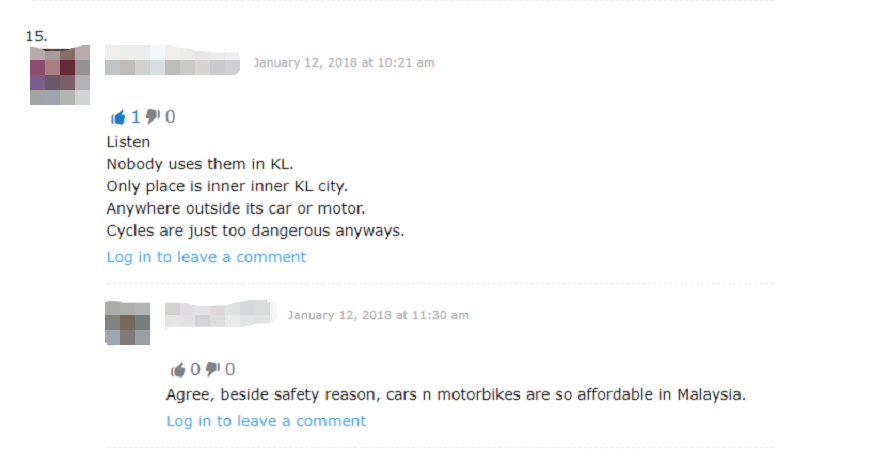 Hmm…What are your thoughts on this issue? Let us know in the comments below! 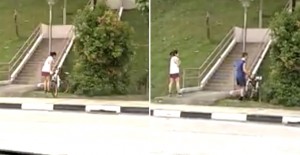