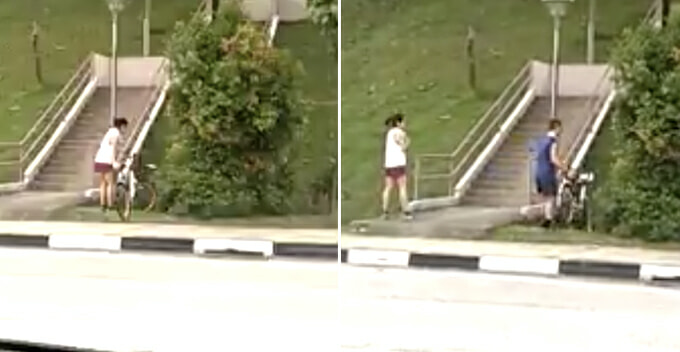 “Hey look, there’s two bicycles there. Let’s dump them in the drain for no reason,” said no one ever, except for this couple.

In a 13-second viral video, a couple clad in sports attire were spotted pushing two perfectly working oBikes into the drain. The man in singlet even took the trouble to carry the bike over to the drain before sending it in. 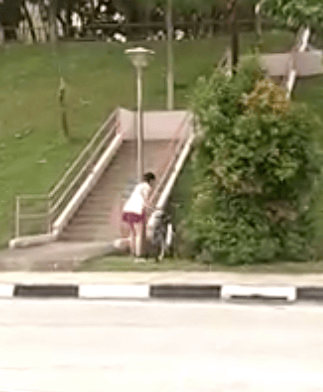 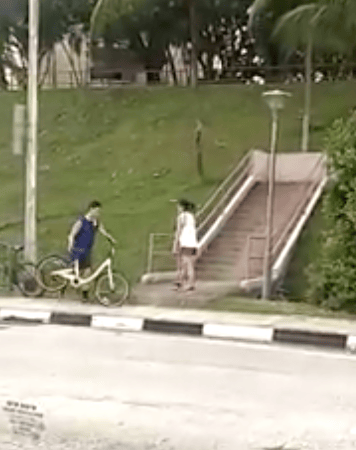 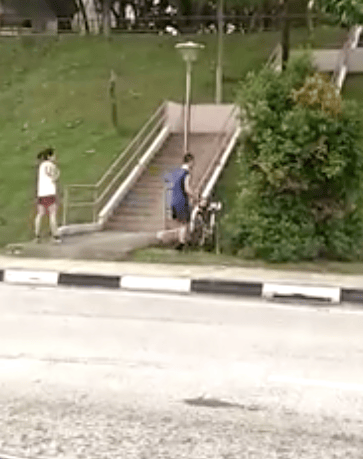 They then casually walked away without showing any sign of remorse. This outrageous incident is believed to have taken place along Lower Delta Road, Singapore, according to Mothership.

As we know, karma is a b*tch and in this case, it served almost instantly.

Little did the couple know that someone was actually watching and recording their heinous behaviour. Here’s the video.

Needless to say, they became an overnight sensation on social media with many netizens condemning their repulsive action.

“What did the bicycles do to them? Their brains must have gone haywire. Oh wait, they don’t have one,” an angry netizen said.

“It’s disgusting to see them destroying somebody else’s property just like that. I still don’t get why they did it in the first place,” another Facebook user commented

The video has since been shared over 14,000 times in a span of three days. Responding to Mothership’s queries, the co-founder of oBike, Edward Chen said, “oBike is aware of the video that is currently circulating online and can verify that the bicycles in the video belong to us.”

“It is evident that the perpetrators have damaged our bikes maliciously and we strongly condemn their behaviour.

“Our operations teams are working closely with the police to identify those responsible.”

The Singapore police has confirmed that a report has been lodged and that investigations are currently ongoing.

Well, let’s hope the police is able to track down these two irresponsible adults as we’re sure everyone is curious to know the motive behind their atrocious behaviour. 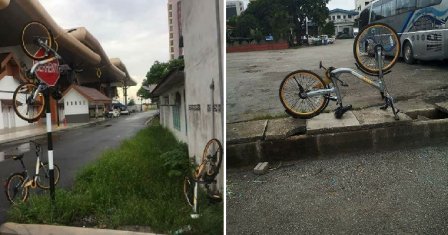