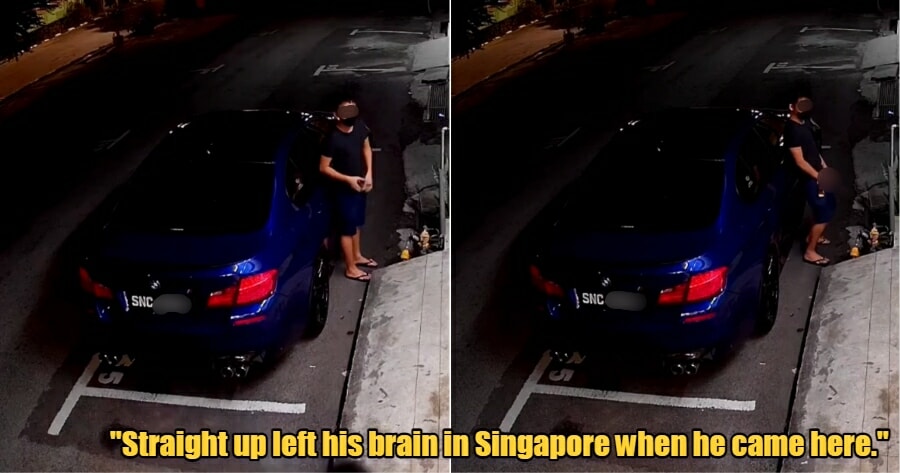 Now that the Malaysia-Singapore border has reopened, Malaysians who were stuck in Singapore for years have finally reunited with their families and Singaporeans have started making their way into Malaysia again.

Though, the latter doesn’t seem to be making Malaysians very happy. With incidents ranging from Singaporeans purchasing RON95 petrol to Singaporeans using Malaysian roads as they personal race track, Malaysians are no longer keeping mum about Singaporeans’ behaviour while they are here.

For instance, a Singaporean man is getting condemned online after he was caught on CCTV footage peeing next to his parked car in Johor Bahru. The Persatuan Bangsa Johor took to their Facebook page to share the video. 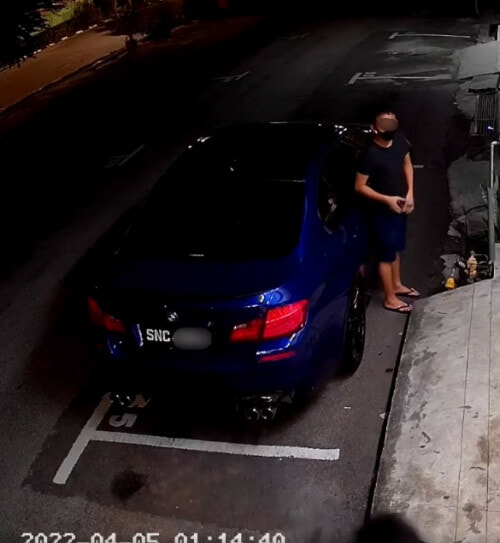 They wrote, “Come here and cause issues. Peeing by the road side. Is he watering the plants or is he marking the territory?” 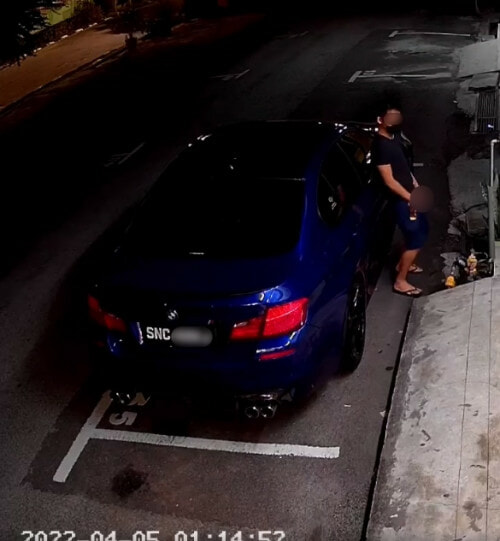 In the video, the man can be seen getting down from the driver’s seat of a parked BMW, swaying from side to side and laughing as he sprayed the road side.

Malaysians have since taken to the comment section to condemn the man for his actions.

“Even though their country is developed, they still have third world mentality. Some of them are even worse than Malaysians who we love.”

“If it is true that Singaporeans are high in discipline, they wouldn’t do such things no matter where they are.”

“Straight up left his brain in Singapore when he came here.”

“Over there (Singapore) even spitting can be fined, over here they behave rudely.”

Many also pinpointed that based on the man’s body language, he doesn’t seem in desperate need to pee. Though, if he was, he could have gone to a petrol station instead of peeing in front of someone’s property.

Also read: WATCH: Motorcyclist Dances As He Rides Down Highway, M’sians Debate On Why 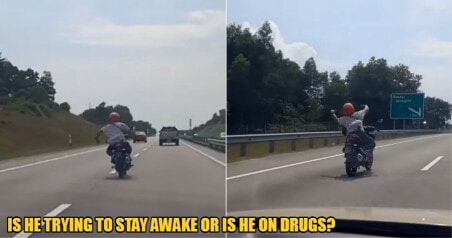