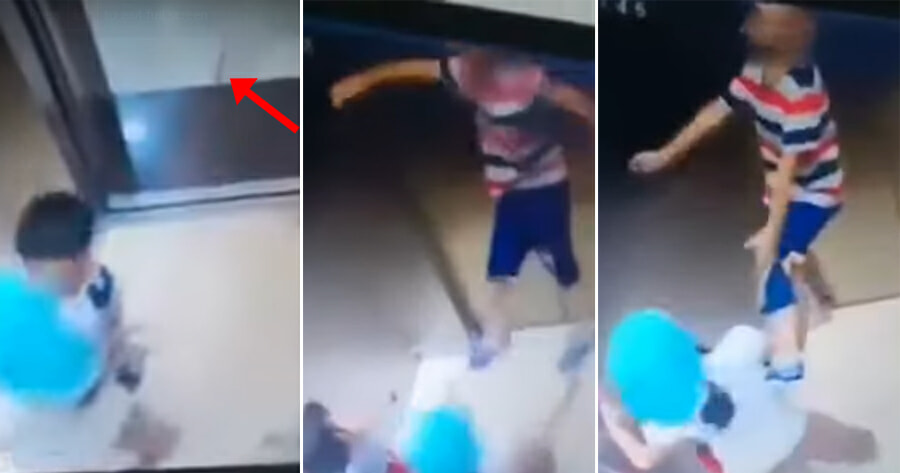 OMG! This is shocking!

In a video posted on Facebook, CCTV footage from an elevator shows a mother, her son and her daughter about to enter the elevator.

Before entering, the boy, probably a primary school student, can be seen walking around with a long piece of thin rope tied around his ankles. It wasn’t revealed if the boy was aware of it or if it was intentionally put there, but he enters the lift with the rope dragging behind him. 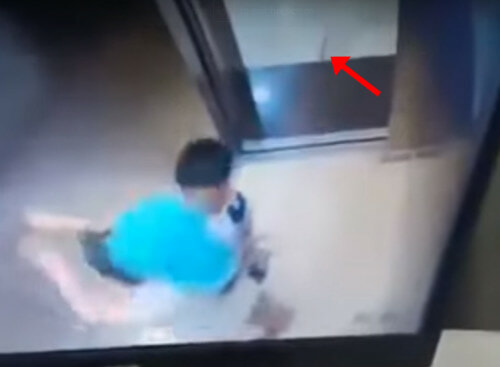 After he and his family get into the lift, half of the rope is seen still left outside the lift as the door closes. The lift begins moving down and the most shocking thing happens next!

The rope must’ve gotten stuck on the floor they entered from as the video shows the rope sliding between the lift doors from the bottom to the top.

It isn’t clear how the next thing happened, but the boy is suddenly hoisted to the top of the lift with the rope around his neck! 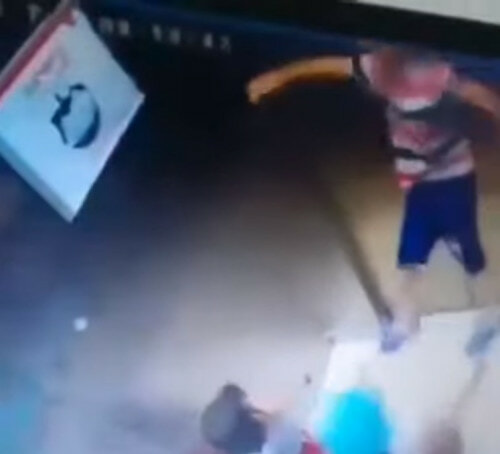 The mother panics as she uses one hand to hold the boy while she uses her other hand to press the lift buttons. Fortunately, the rope loosens as the mother manages to undo the rope around her son’s neck before he suffocates to death. 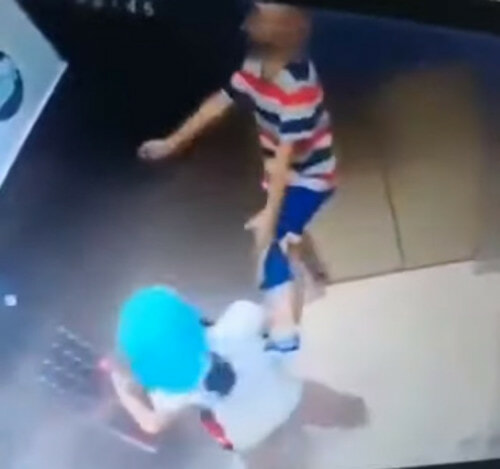 It is not known when or where this happened, but the video was posted with a caption warning others that “kids playing with a rope like this could bring death”.

I guess this is a good reminder to all parents to always be aware of any object near your kid that could cause potential danger. You never know what could happen as things happen really fast, like in the case of this boy.

Also read: Woman Decapitated By Workplace Lift After Headphones Suspected to Have Been Tangled in Door 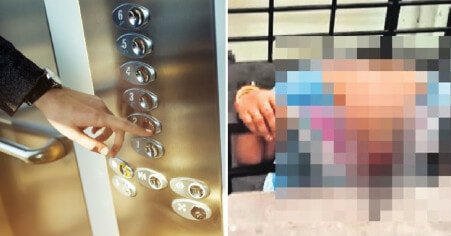