Burger lovers rejoice! Everyone’s favourite modern burger stall, Shake Shack Inc, will come to our shores in 2023. The plan to open the Shake Shack booth will be implemented through its partnership with SPC Group, a global food and beverage company based in South Korea that has experience operating dozens of leading brands.

As reported by Berita Harian, Shake Shack’s Chief Licensing Officer, Michael Kark, said Malaysia was the company’s sixth operating country in Asia and together with SPC Group, is expected to have more than 45 Shake Shack branches across South Korea, Singapore and Malaysia by 2031. He elaborated,

“We continue to be fascinated by the enthusiasm of fans around the world and are very excited to announce the upcoming expansion in Southeast Asia.”

The company even posted on their official Facebook page asking Malaysians to mark their calendars because the company will be arriving in 2023.

BIG NEWS! Shake Shack Malaysia is officially in the works. 🇲🇾 Mark your calendars… the first Shack in Malaysia arrives…

The Shake Shack brand is known for its 100 per cent natural Angus meat burger products, chicken sandwiches and Viennese beef hotdogs and freshly spun frozen custard. Since the original Shack branch opened in 2004 in Madison Square Park, New York, the company has grown to more than 350 locations in the U.S., including 120 international locations such as London, Hong Kong, Shanghai, Singapore, the Philippines, Mexico, Istanbul, Dubai, Tokyo as well as Seoul. 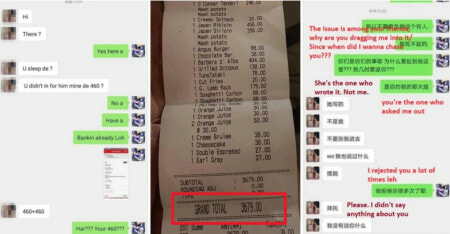