Everybody knows that splitting the bill evenly only applies when you all order things in the same price range. But it looks like this girl didn’t get the memo.

In a post that went viral last night (6 October), a girl by the name of Liddy allegedly went onto social media to call out a guy for not wanting to pay his bill after attending a birthday dinner. 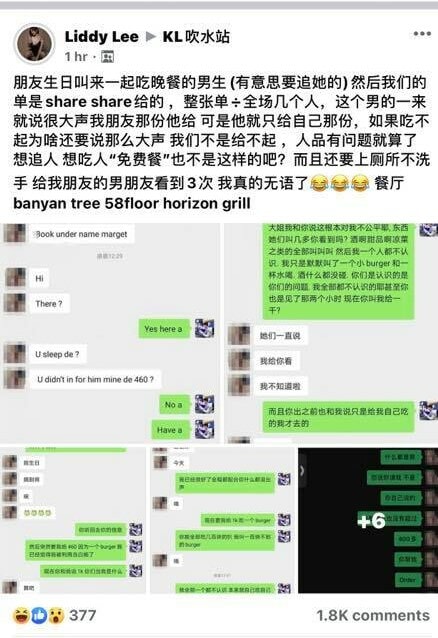 Apparently, everyone agreed to split the whole bill according to the number of people who attended the party. However, according to Liddy, the man allegedly announced that he would pay for the birthday girl’s food as well but he only ended up paying for his own portion.

The man comes out to expose the truth

As the post was a slander on the man, multiple screenshots came out showing that:

According to the Facebook post, the man said he was initially reluctant to attend her party as he didn’t know her friends very well. However, after she persistently invited him several times, he finally caved in and agreed to go for it.

Apparently, Carmay was blaming her friend for this whole fiasco.

During the lavish party, the man said he only ordered a burger and water which came up to a total of around RM80+ while the other seven friends who attended the party ordered a bunch of expensive food and alcohol.

However, when it was time to pay, he was told that he had to fork out RM460 as the bill was evenly split among the group.

But it didn’t stop there. The man was told that he had to pay an additional RM460 as they were under the impression he’s paying for her portion. He then questioned why he had to pay close to RM1,000 when he didn’t even drink alcohol or order any additional items like the rest of them.

“Plus those are your friends, I’m the outsider here,” he added. 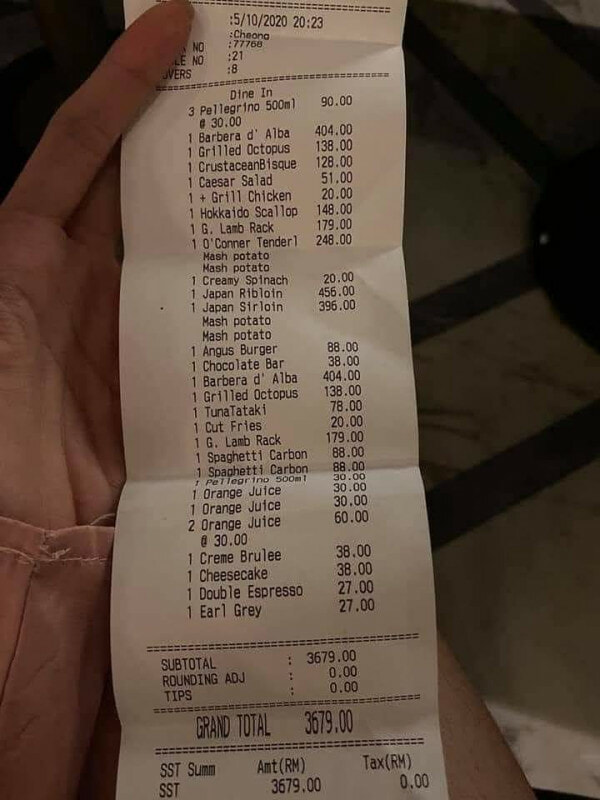 The angered man said if he knew that they expected him to pay nearly RM1,000 for a burger, he never would have agreed to attend the party in the first place.

“If your friends can’t afford the food, then don’t order thousands of ringgit worth of food, then ask someone else to split the bill. Do you think I’m stupid?” 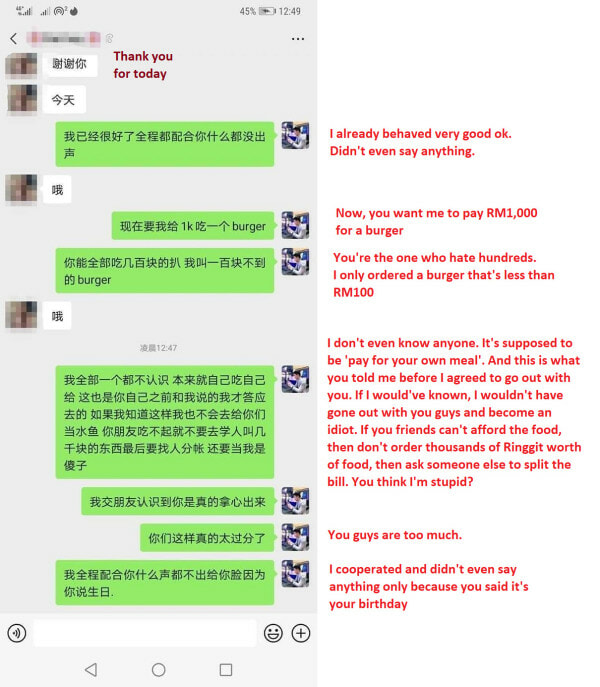 The man then took to social media to share the story and soon enough, the post garnered a ton of reactions and comments from outraged netizens who began attacking the birthday girl’s friend for scolding him.

As the post blew up, and netizens were going against Liddy, she decided to confront the birthday girl, Carmay to explain the situation. 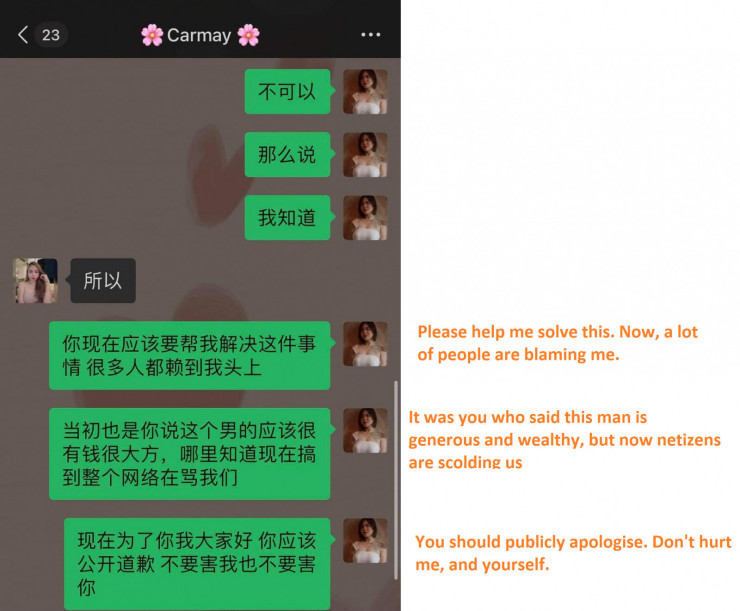 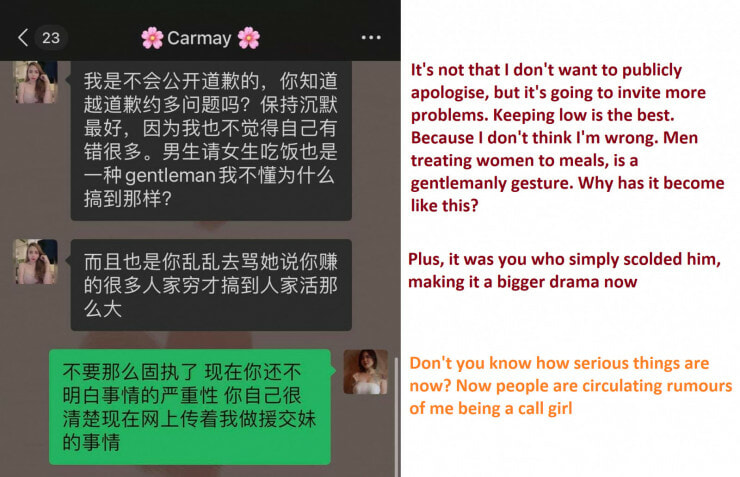 This case has caused a huge number of memes arising.

Many also were amused at the fact that what was meant to be a defamatory post against the man ended up backfiring to the girl – especially when she was the one who was dodgy and expected the man to pay for her.

Also read: “You earn more!” M’sian Insists on Buying Only Double-Storey House and Wants GF To Pay Half Of It 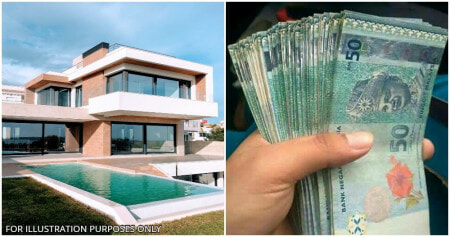