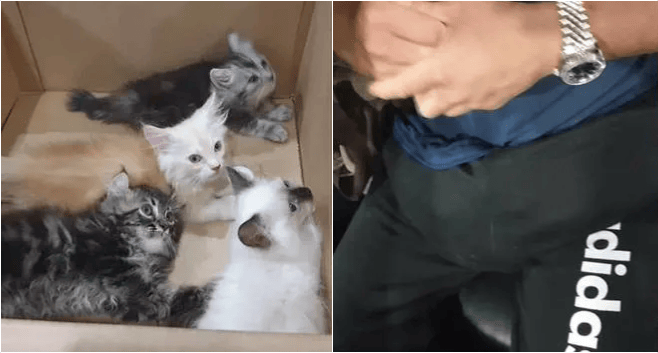 As reported by CNA, Leong pleaded guilty to three counts of importing live cats without a license and her son pleaded guilty to two charges under the Animals and Birds Act for failing to transport the kittens safely and he let them suffer while stuffing them down his pants.

The court was told that officers of the Immigration and Checkpoints Authority (ICA) detained a Singapore-registered car at the Tuas Checkpoint coming from Malaysia on the night of August 11, 2018. Leong sat in the back while his son was in the front passenger seat. The car was driven by the co-accused, the family friend, Leow Hua Liang, 42.

ICA officers found a live cat in Leong’s handbag, and six others in a plastic canvas bag in the back of the car. The three people in the car did not declare carrying the animal, instead, they tried to hide it. The seven cats were seized. Leong claimed the cat was his pet and not for sale.

Her son was arrested again on the night of Jan. 2, 2019, with four kittens alive in his pants. Leow Hua Liang, the family friend, was again the driver of the vehicle while Ng sat in the passenger seat in front of the car. ICA officials asked the couple if they had anything to declare, and they replied “no”. However, officers heard the sound of a cat meowing from the passenger seat and saw Ng put both hands on his stomach.

Officials noticed that Ng’s pants were somewhat inflated around his crotch area and when they conducted an inspection, they found four live kittens hidden in Ng’s pants. He provided an excuse saying that the kittens were his pets and they were not for sale. The kittens were examined by a veterinarian who discovered that the poor animals suffered throughout the trip because of how the way they were smuggled in.

Smuggling animals into any country without health checks and quarantine is a huge risk to public health as viruses or even rabies can easily be transmitted undetected.

Also read: Japanese Man To Be Deported From Turkey After Getting Caught Eating 5 Kittens 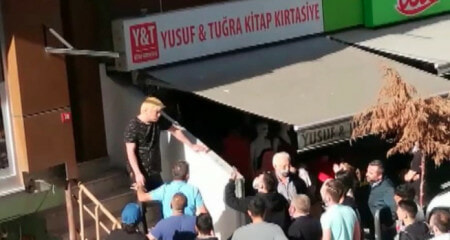