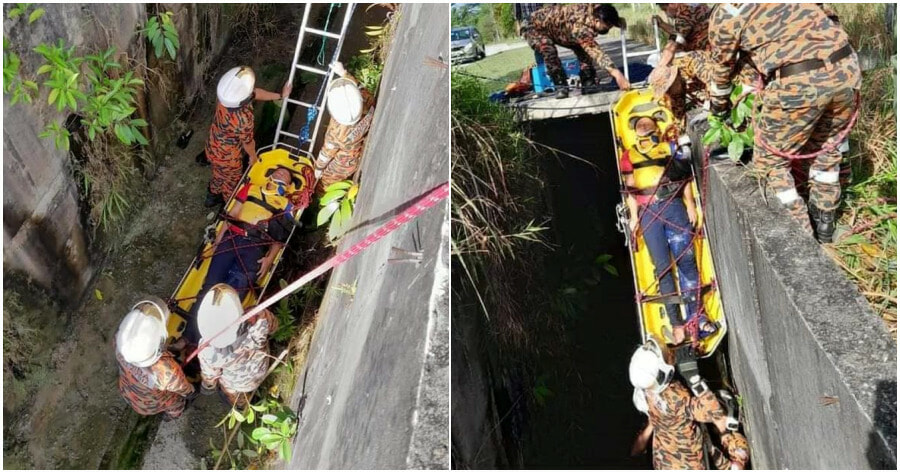 We are often told cautionary tales by our parents and teachers to warn us of the various bad things that can happen in life.

One such warning is to always look where we are going instead of at our phones lest we bump into something and injure ourselves. 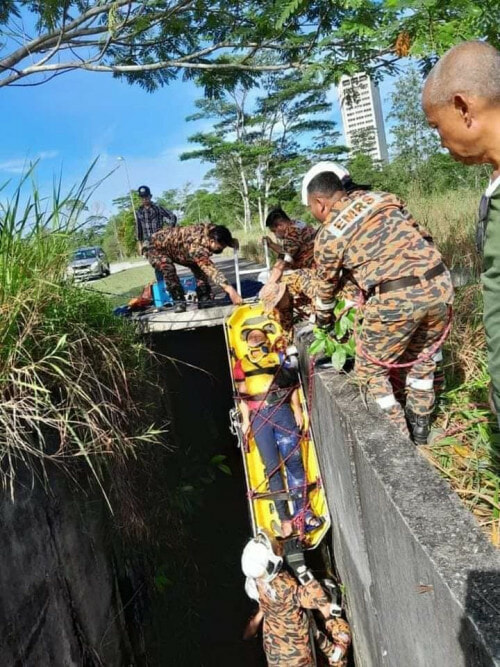 Unfortunately, this man in Kuching, Sarawak failed to heed that warning and ended up getting injured. Or perhaps he was careful, but luck was not on his side.

In a Facebook post by Inforoadblock, a man was reported to have fallen into a 12-foot deep drain in Jalan Gersik, Petra Jaya.

Look at how deep that drain is! 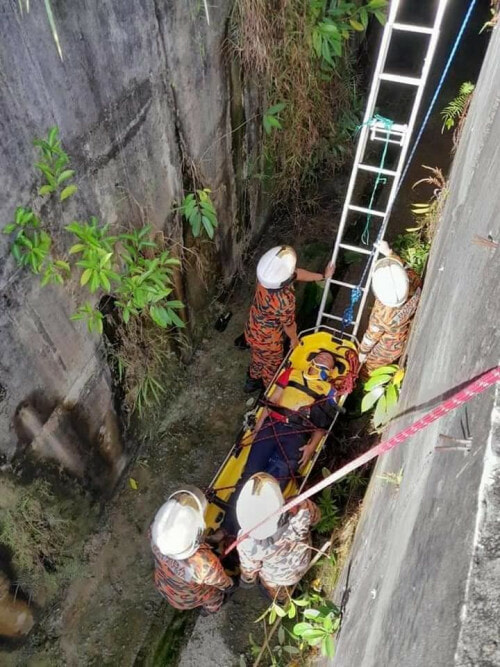 The victim, identified as Abdul Warit, 29, fell while passing through the area where the drain is and suffered injuries to his waist and legs.

A spokesperson for the Sarawak Fire Operations Center said that they received an emergency call at 8am and a team of members from the Petra Jaya Fire Station was deployed to the location. 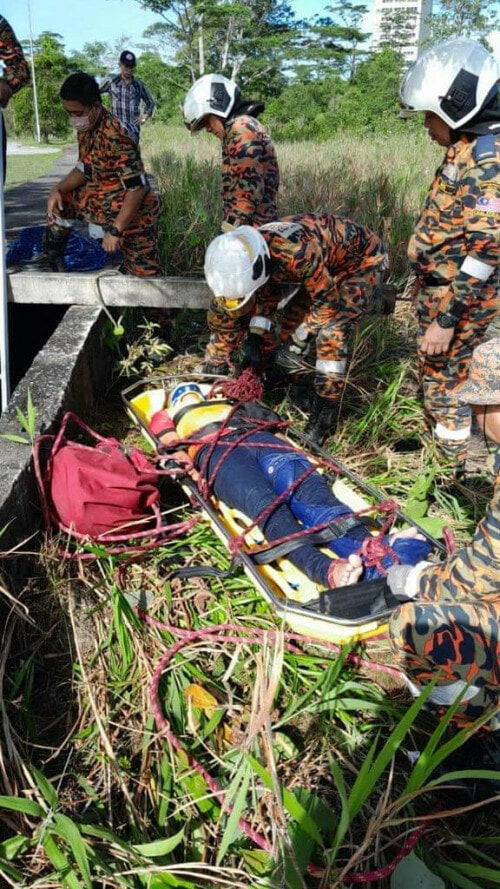 Operations Commander, Affzal Hafiz said that the victim was successfully taken out of the drain and rushed to the hospital using equipment from the Fire Department’s Emergency Medical Rescue Services (EMRS). 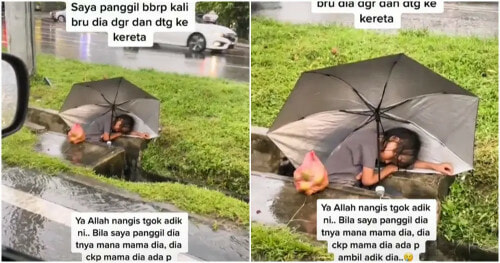