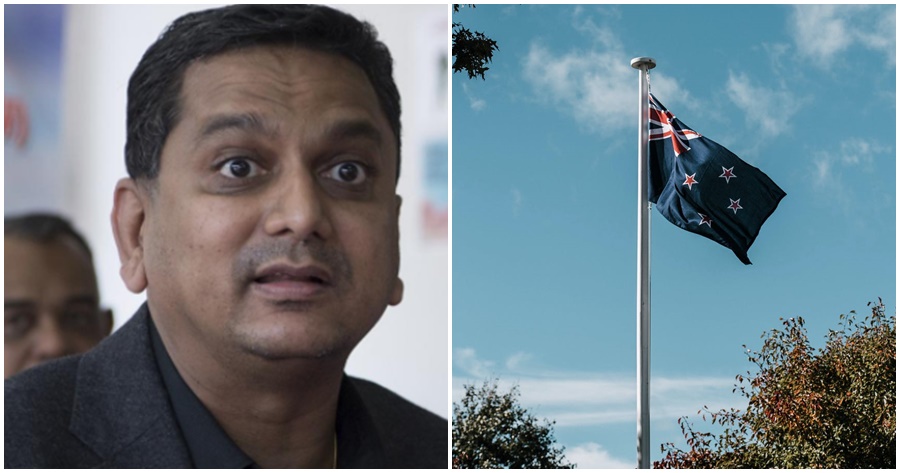 Federal Territories Deputy Minister, Datuk Edmund Santhara Kumar has come under the limelight recently after news surfaced that the Deputy Minister travelled to New Zealand to celebrate Christmas with his family back in December 2020 and did not return to Malaysia since. 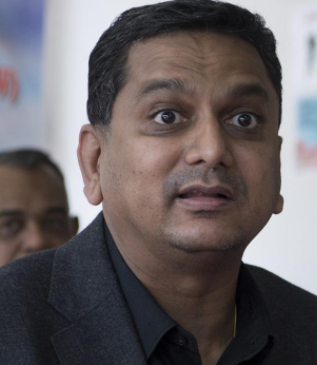 Following these accusations, Santhara took to his own Facebook profile to debunk claims and stated that he received approval from the Prime Minister for a 55-day leave to visit his kids overseas and his wife, who is currently experiencing health issues.

However, government documents have recently revealed another development in the story. According to Land Information New Zealand portal, it was discovered that the Federal Territories Deputy Minister applied for a permanent residency in the country ten years ago. 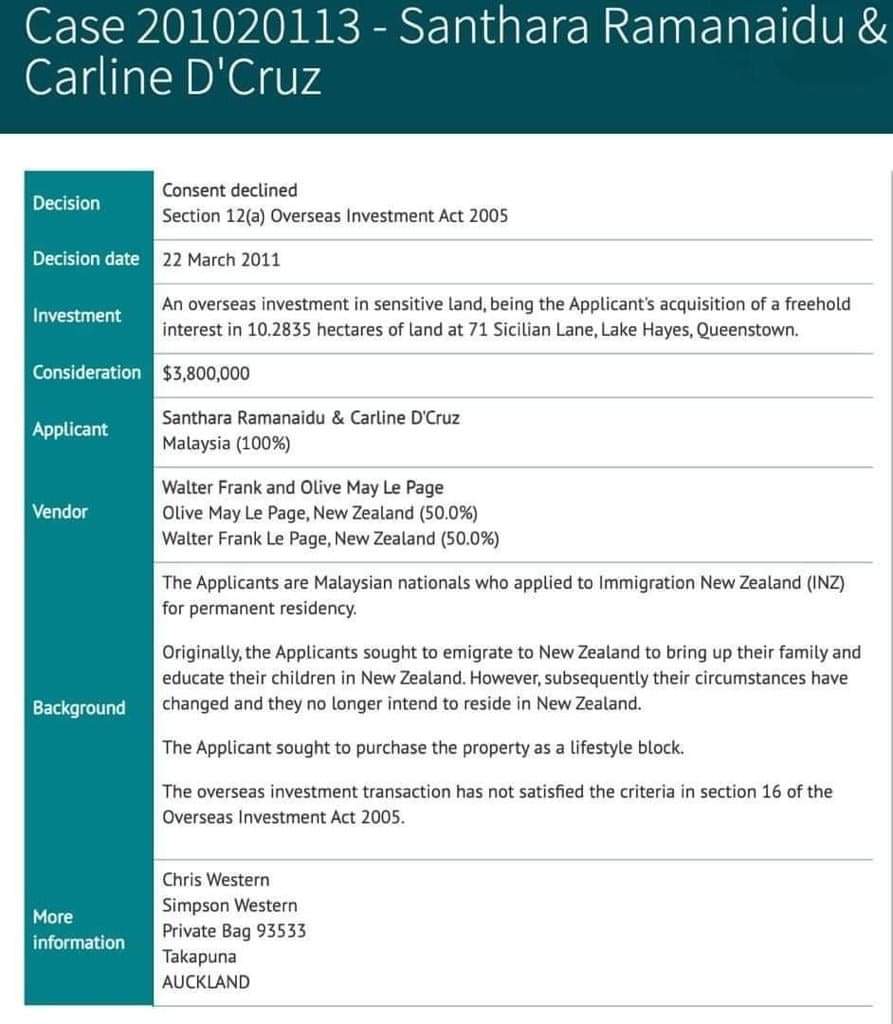 Santhara and his wife, Carline D’Cruz, applied to the New Zealand Immigration Department in 2011 and “sought to emigrate to New Zealand to bring up their family and educate their children in New Zealand. However, subsequently their circumstances have changed and they no longer intend to reside there,” detailed the document.

The Deputy Minister also intended to purchase “an overseas investment in sensitive land” at Lake Hayes, Queenstown that is said to be worth a whopping NZ$3,800,000 (RM11,221,925). But the application to buy the property was rejected on 22 March 2011. 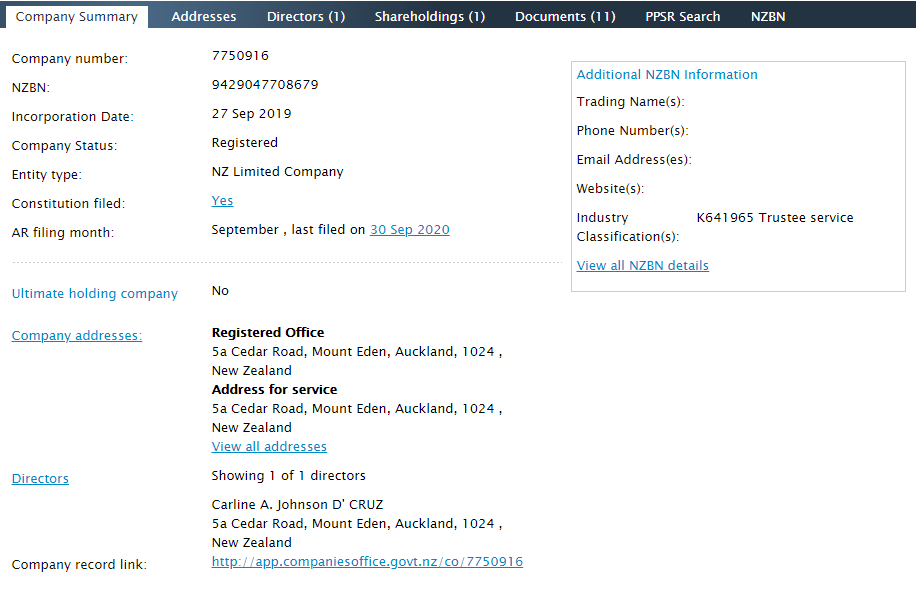 The company is called vs3 trustee limited. 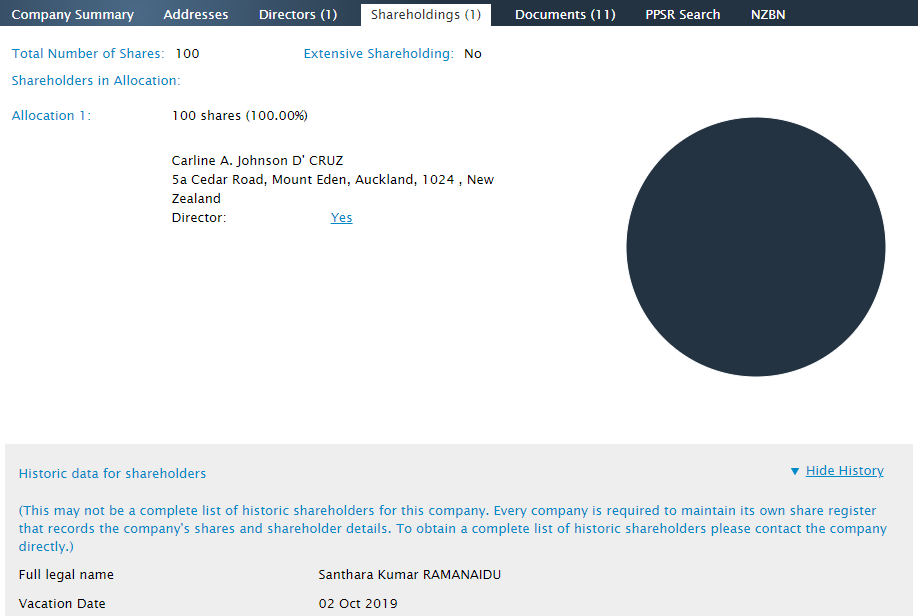 But that’s not all that was uncovered. A quick search revealed that Santhara and his wife were directors of a company registered in New Zealand called, VS3 Trustee Ltd, which was incorporated on 27 September 2019. However, on 2 October 2019, Santhara gave his shares and position to his wife for full ownership.

According to the document, the couple currently resides in Cedar Road in Mount Eden, Auckland on a property that is estimated to be valued at $4 million (RM11,799,027).

Also read: “I had to visit my wife & kids” FT Dep Minister Says He Applied For 55 Days Leave To Be in NZ 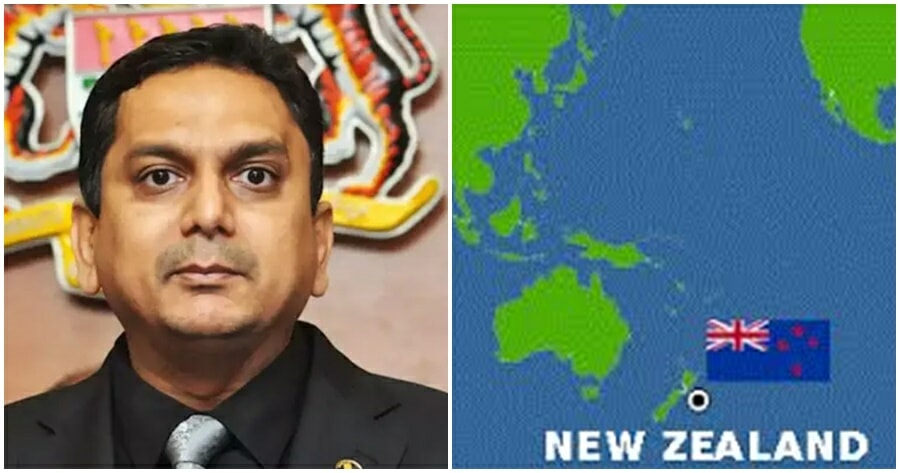