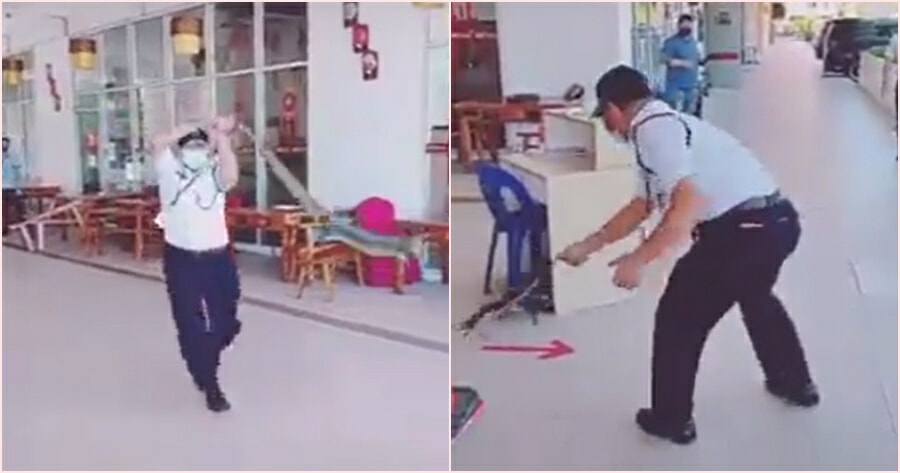 Animal cruelty is still rampant in Malaysia even though society is advancing and becoming a more educated society. There have been accounts of people acting violently to cats and even to monkeys.

Recently, a video of a security guard swinging a monitor lizard over his head and throwing it out of a building has sparked furious debate on social media.

The video which was shared by Daily Express Sabah on Twitter, is believed to have occurred in Kota Kinabalu, Sabah. The clip was made ‘funny’ as it was paired with the audio of Bosnian singer Fazlija’s song, ‘Helikopter’ which is currently a popular audio trend on TikTok. 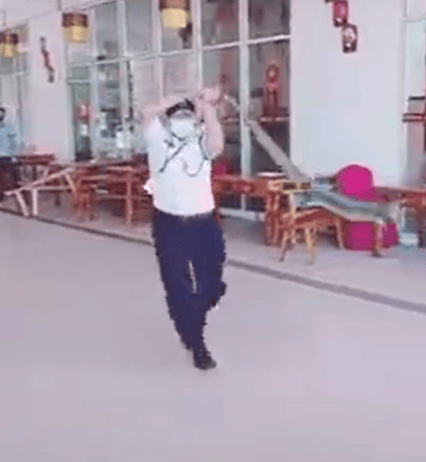 They wrote, “Accompanying music is hilarious, but questions: Was helicopter swing necessary? Drive-by suitable place to throw it to? Car ran over it? Was this animal cruelty?” 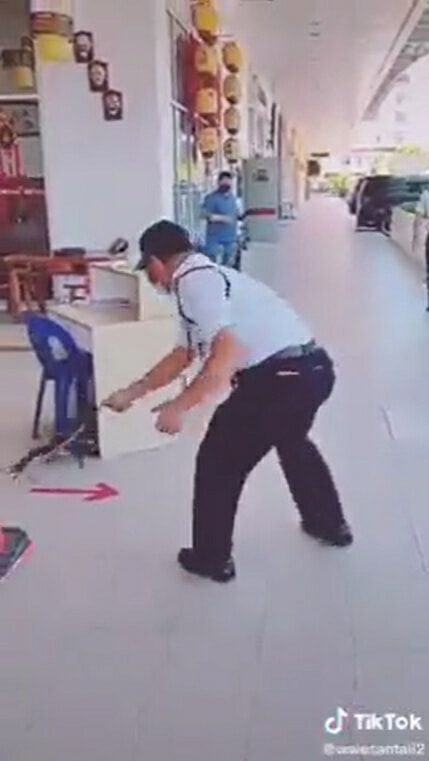 The video has amassed plenty of attention and currently sits on over 612,000 views and 2,300 likes at the time of writing.

Although most users probably found the video entertaining, some showed concern that it may have been a cruel way to dispose of the animal.

Users expressed their thoughts in the comments section with some calling out the action as animal cruelty and abuse and that it was unnecessary for the guard to throw the monitor lizard like that.

Another user said, “It definitely is (animal cruelty). Poor biawak. Just let them be. I’m sure it was just passing by and wouldn’t harm anyone.”

On the other hand, some users stepped in for the guard and said that the helicopter twirl and toss done by the guard was necessary to keep the animal from hurting him.

“Note, the lizard was biting the chair before the guard threw it across the road. The helicopter swing was necessary otherwise he’d have an appendage bitten off,” said a user.

Another commented, ” The number one rule is to keep it’s teeth away from you. Pulling it straight and normally will allow the lizard to turn around and bite you.”

A user agreed and said, “The helicopter swing is necessary. The important thing is both got off unharmed in this incident. That is the best he can do with inadequate equipment and people.”

What should you do if you come across a monitor lizard?

Despite not being known for attacking humans, these reptiles which can reach up to 3 meters have sharp teeth and claws, as well as a powerful tail.

They also secrete venom that although is not fatal to humans, it can still leave a bite prone to infection.

It is advisable that when encountering a monitor lizard, one should not touch, chase, or corner them as they may attack in defence.

In the rare event that someone is bitten, still seek medical attention immediately. The main cause for concern from a bite would be a bacterial infection.

.@KKCity guard seen in this clip tossing away in "helicopter swing" monitor lizard which crawled into public space.

Accompanying music is hilarious, but questions: Was helicopter swing necessary? Drive-by suitable place to throw it to? Car ran over it? Was this animal cruelty? pic.twitter.com/g4eqcINst1

Is it unnecessary animal abuse? Let us know in the comments. 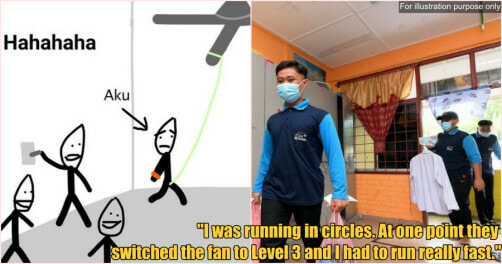