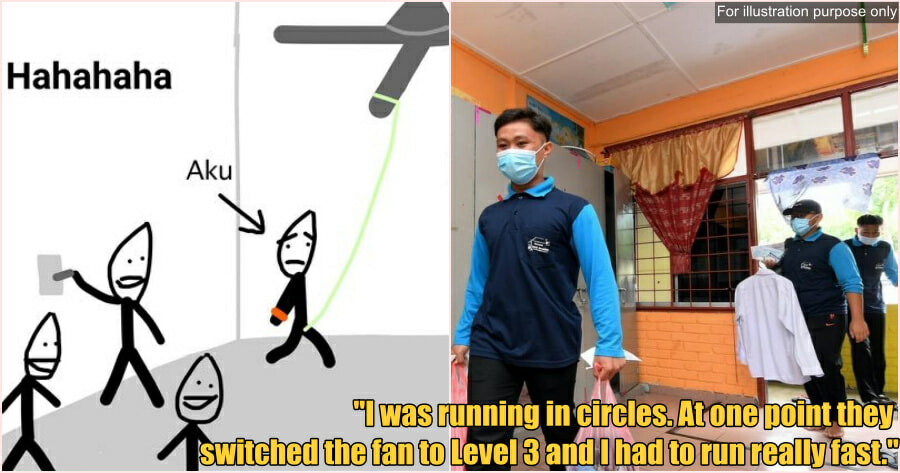 Recently, there has been plenty instances of bullying in our boarding schools and even army camps.

But it doesn’t seem to end there. In the midst of all the new instances of bullying, many Malaysians have also come forward to share their experiences in facing bullies in the past.

One individual who wanted to remain unnamed revealed the sick and perverted bullying he allegedly endured as a student at a local boarding school. 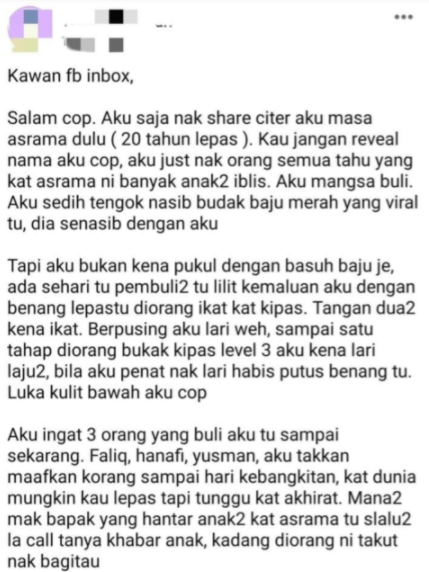 In a post which was shared on Facebook, the person said that the bullies tied his genitals to a piece of thread and attached it to a moving ceiling fan.

“I just wanted to share my experience in facing bullying, 20 years ago at a boarding school. Please don’t reveal my name. I just want everyone to know that boarding schools are full of ‘anak-anak iblis’ (the devil’s offspring).”

The person then said that as a victim of bullying, he is saddened to see the recent incident involving the boy in a red shirt who experienced the same fate as him. 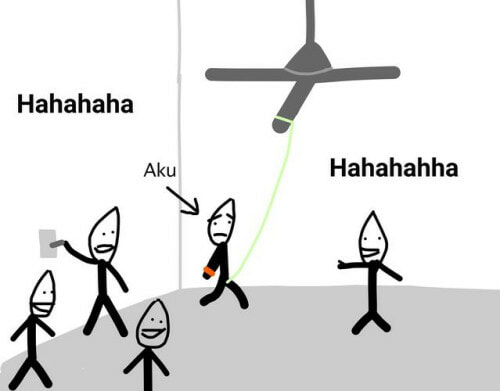 “I wasn’t just beaten up and scolded. One day, the bullies tied one end of a thread to my genitals and they tied the other end to a ceiling fan. Both my hands were bound.”

“I was running in circles. At one point they switched the fan to Level 3 and I had to run really fast. When I was tired of running, the thread snapped off. My skin down there was left wounded.”

He then recounted the name of his bullies and said, “I won’t forgive you until the end of time. You might have escaped punishment in this life but wait for the next.” 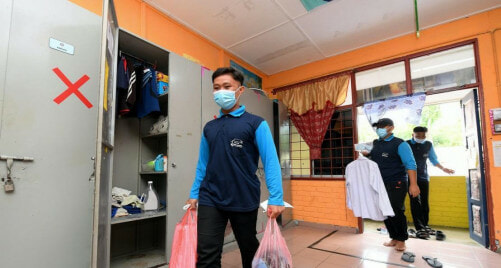 Additionally, he urged parents who send their kids to boarding school to be sure to call and check on how they’re really doing because sometimes they might be afraid to say anything.

The horrific account of the former student is sure to horrify many. In France, school bullies will now go to jail for 3 years under a new law. Perhaps Malaysia should look into implementing something similar.

Do you think that stricter punishments for bullying must be implemented? Let us know in the comments. 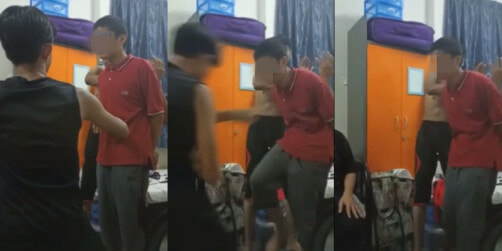