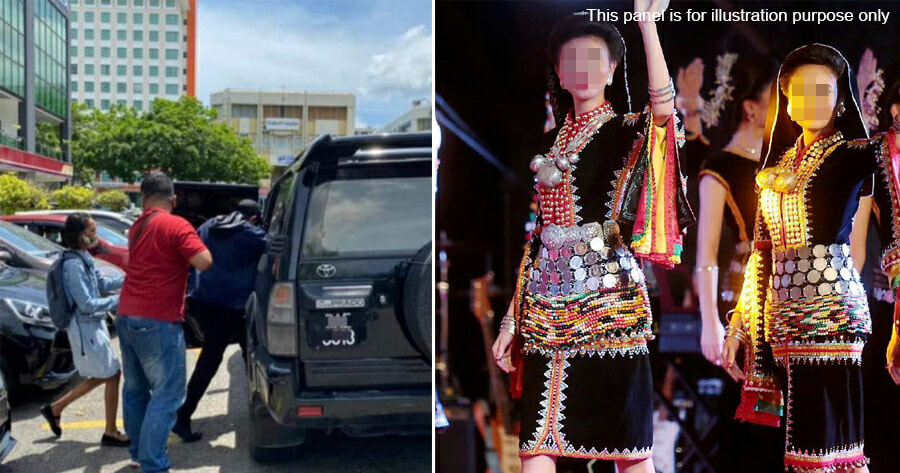 A Sabah politician from Parti Solidariti Tanah Airku (STAR) was arrested after he allegedly molested a beauty pageant contestant. The suspect is believed to have helped organise the pageant.

The 21-year-old woman was a participant in the Unduk Ngadau 2021 competition, a beauty pageant held in conjunction with the Kaamatan celebrations in Sabah. 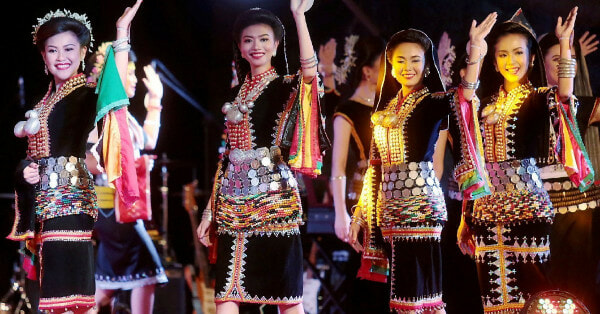 This comes after a police report dated 21 May went viral on social media, after which an investigation was opened over the allegations. Sabah Police Commissioner, Datuk Hazani Ghazali said his party will record the victim’s statement and the results of the investigation would be submitted to the attorney general’s office for further action.

“The investigation will not take into account the background of anyone, including the accused individual. No matter who it is, the law will still be enforced, no one can go beyond the law, we will investigate fairly and thoroughly,” he said, reported Astro Awani.

Molested victim in the car

According to the report, the victim claimed that the man had asked her to follow him in his car to go for dinner after a photo shoot on 19 May. She said that when they were in the car, the man tried to touch her neck, legs and hands, which she continuously had to stop him from doing so.

The victim then lodged a police report for her own safety and that of other Unduk Ndadau contestants.

Arrested after holding a press conference

NST reported that the accused filed a suit against the victim and three others to restrain them from making any statements against him regarding the allegations that he molested the woman, and to claim damages for defamation.

The 51-year-old man, who is also a businessman, claimed that the woman had met him at his office on the night of the incident to ask for a job in his company. He claimed that he chose to engage her despite her being unqualified, provided she meets the terms and conditions of his company.

He said he took her to one of his offices to test if she was suitable for the job and later took her to a nearby hotel with one of his female staff to ensure her safety and to attend to her personal needs.

He denied that he molested or harassed her or offered any help in exchange for sexual favours. 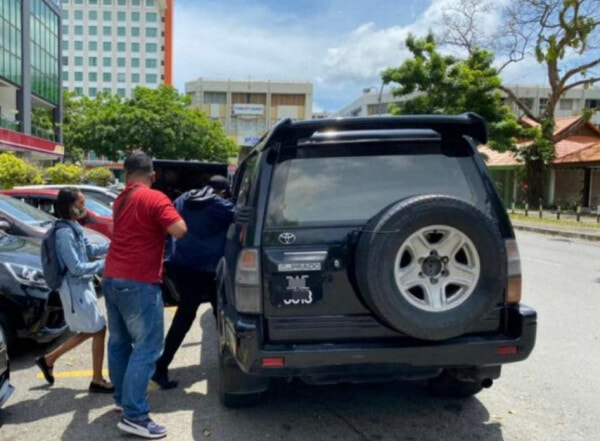 However, after the press conference, the politician was arrested and taken to the Kota Kinabalu District Police Headquarters for further action while the case is being investigated under Section 354 of the Penal Code for outrage the modesty of an individual.

“If convicted, the offender can be sentenced to up to 10 years in prison or a fine or whipping or any two of those punishments,” Hazani Ghazali said.

The victim has also been called to record her testimony to assist in investigations.

Meanwhile, Undi Sabah has released a statement on the issue, standing in solidarity with the victim. 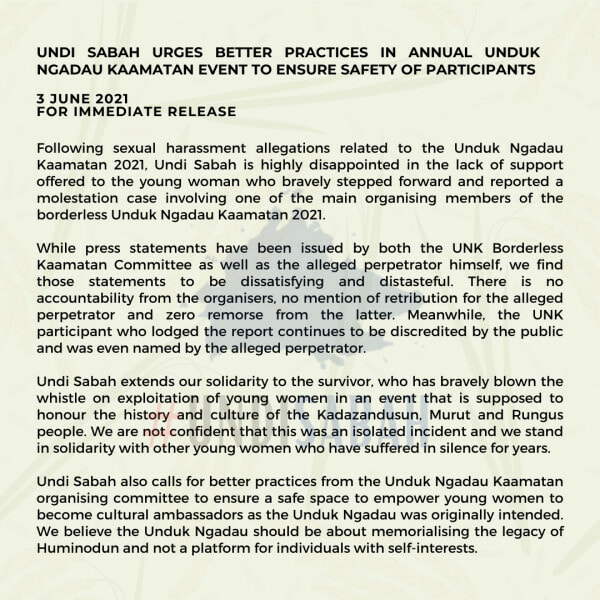 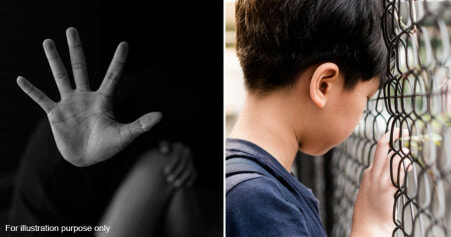