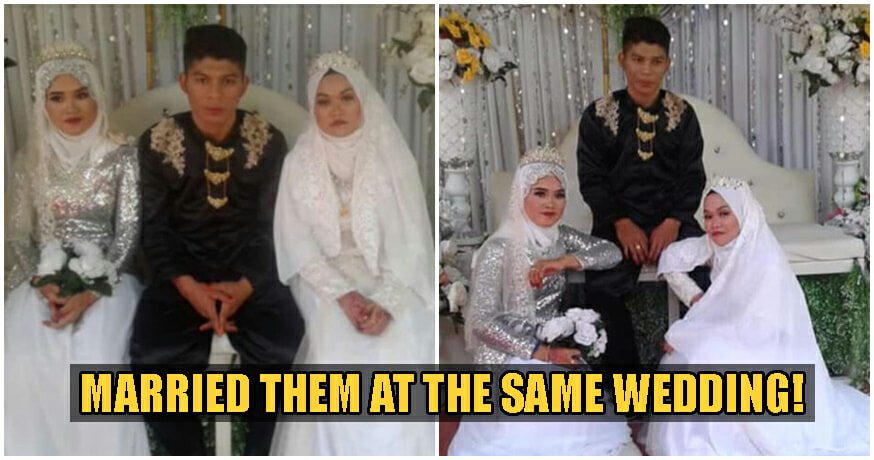 Most people understand marriage as occurring between one man and one woman. Understandably, eyebrows are raised when the dynamic is changed to feature one too many people, though some cultures are more… accepting of the concept.

In a story published by China Press and Berita Harian, a man in Semporna, Sabah went viral when a post showing his wedding to two wives was uploaded on Facebook.

While polygamous marriages are not completely unheard of, they tend to happen in succession, one marriage after the other. So imagine the surprise when people found out about how this one man managed to wed two wives at the same wedding ceremony. Yup, you heard right.

The story, which came from a man by the name of Jimmy Jim who is believed to be the cousin of the groom, shows photos of the young man in traditional garb holding on to two brides. The wedding was said to have been held in Kampung Bukas, Semporna on Friday, 27th September, 2019. 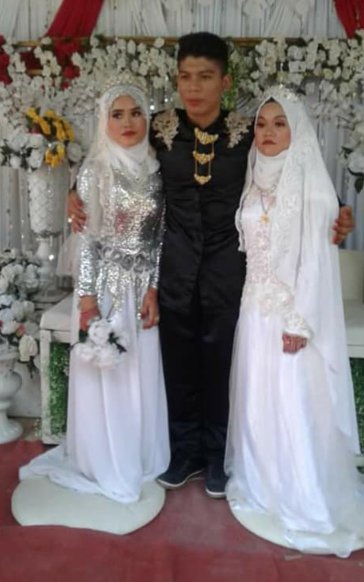 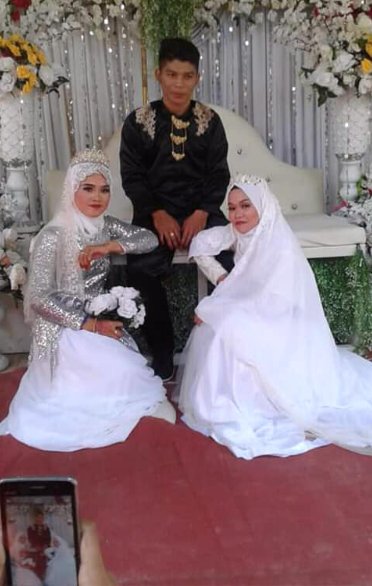 According to the post, the groom had initially fallen in love and was even engaged to one of the two women in Kota Kinabalu. After a stint working in a tourism center, he then fell in love with another woman there. So, instead of deciding on marrying just one woman, he went with both.

Predictably, the wedding has attracted plenty of attention among netizens, with the Facebook post garnering over 5,000 shares since its initial upload. Responses have been pretty varied, as some netizens say that it must have been fate that brought these three people together. 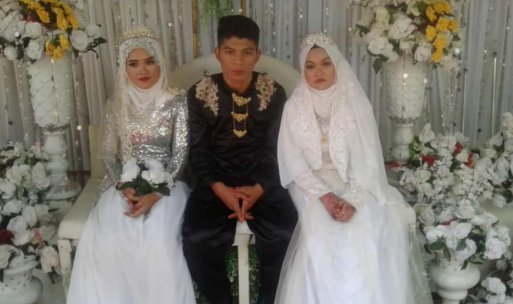 Other netizens pointed out that the brides in the photo don’t seem to be too pleased with the arrangement, saying they looked uncomfortable sitting alongside the groom.

Whatever the opinion is on the marriage, we hope that the three of them will be able to live in marital bliss together.

Also read: M’sian Parents Left a Used Diaper On Plastic Plate at Wedding For Staff to Clean Up 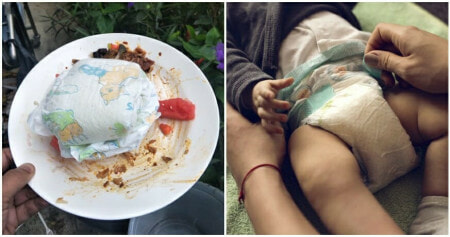