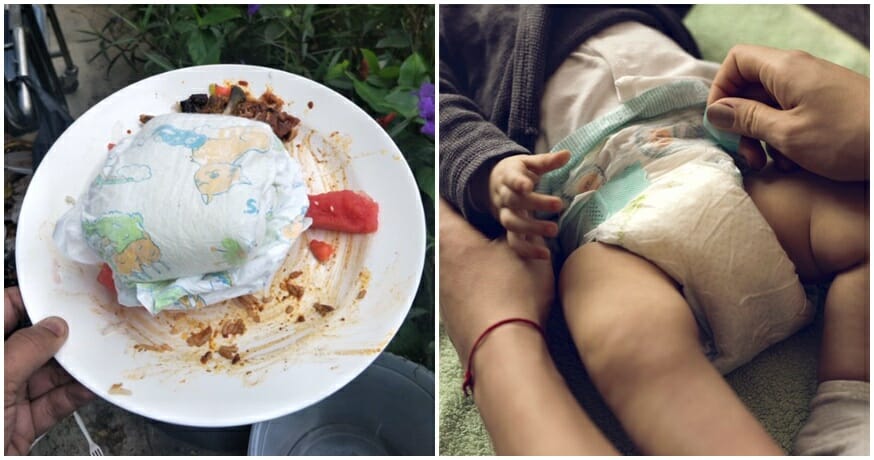 When it comes to weddings, proper etiquette and manners are expected from those who are lucky enough to receive an invitation. After all, that’s the least that one can do to show their respect for a couple’s big day. However, it would seem that some people have clearly missed the memo, as a recently viral tweet points out. Uh oh! 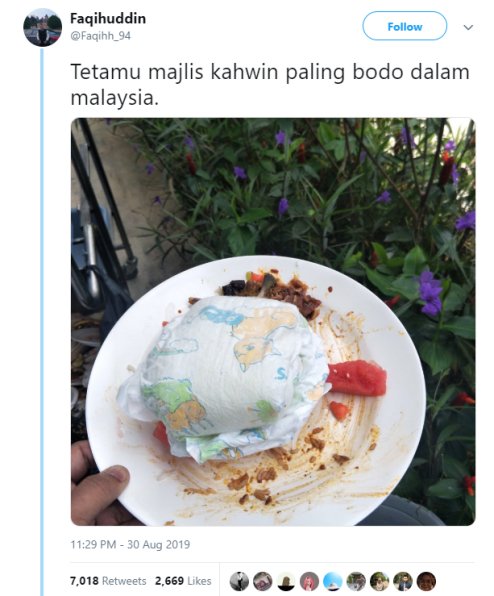 While attending a recent wedding ceremony held at an indoor venue, Twitter user Faqihuddin (@Faqihh_94) found a completely soiled diaper wrapped up and set atop a dirty plastic plate, likely with the assumption that a member of the venue cleaning staff will dispose of it later. Needless to say, the sight was stomach-churning. Aiyo, mak bapak tak ajar ke?

“The dumbest wedding guest in Malaysia,” Faqihuddin tweeted. Honestly, are we in any position to disagree? That just looks so gross. Imagine finding that on a plate as you sit down at a wedding table!

Mercifully enough, the wedding was held at an indoor venue, which kept the smell at bay, explained Faqihuddin. But that hardly excuses this kind of behaviour! Needless to say, Twitter users are quick to show their disapproval for the dirty deed.

One netizen commented: “Stupid parents breed stupid children. Some of us already feel embarrassed for washing and tossing away soiled diapers in bins of other people’s houses. We would rather wrap it in plastic and throw it far away. People are getting weirder every day!”

Another netizen even went to the extent of saying the used diaper could be confused as a wrapped burger! Eww, imagine if that had actually happened!

What are your thoughts on gross behaviour like this? How would you react if you found a soiled diaper out in the open? 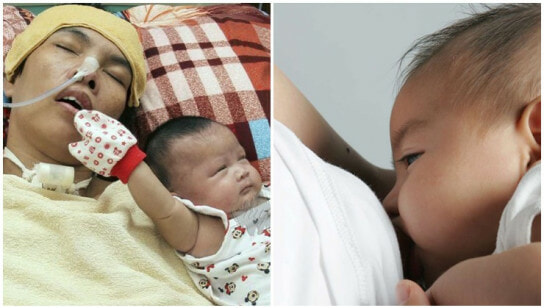