Our neighbours are some of the people we will be living next to for quite some time. Even if you’re just renting for a year, you’d still have to see the same people for the next 365 days.

The neighbour of the year award should be given to Mayilai Kumaran Jeyaratnam for his quick help. On October 28, 2017, at around 8.45pm at Jalan Limau Besar, Bangsar, Kumar heard a piercing cry.

He wrote on The Republic of Bangsar,

“I heard a scream as I was outside my house porch and ran to my gate. There were 3 burly guys assaulting my neighbour.

“As I was unsure of the commotion, all I did was shout at those guys and opened my gate to approach them. Those goons just calmly yet quickly jumped into the car and drove away at a leisure pace.”

Those thugs didn’t even bother to speed off!

As Kumar approached his neighbour, a senior citizen lady, he learnt that she got robbed by those horrible men.

“I quickly checked if she got injured and realised that those buggers had RIPPED OFF her ear lobe whilst stealing her earrings and purse. I found a huge lump of hair on the ground, which meant that these guys had used great force to grab her earrings.”

Worst of all, her earrings were actually just cosmetic jewellery and not the real deal. Those dumb men couldn’t even tell the difference!

Kumar quickly called the Travers and Brickfields police stations immediately and they were able to send a patrol car over to the neighbourhood within a few minutes.

The poor elderly woman got a concussion as well from the attack. Thankfully, she is recuperating well in the hospital. The medical staff are also trying to patch her earlobe.

There was a silver lining from the thugs’ arrogance though. Due to their slow pace in driving off, Kumar was able to take down their number plate as well as identify the vehicle, which was a Toyota Harrier (WLE 4141).

On October 29, the police were able to track the car down in Subang. Unfortunately, the perpetrators have yet to be found. 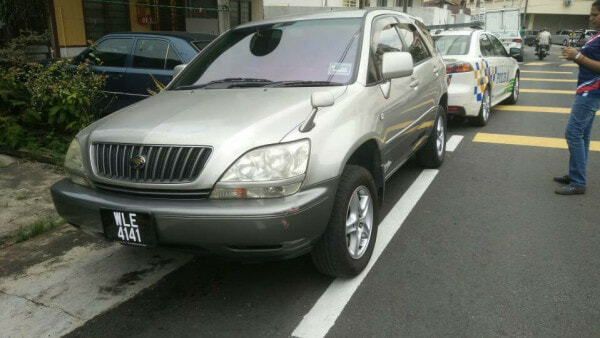 Kumar just wanted to share this story to remind his neighbours about the possible dangers in the residential area.

“This is just to serve as a warning to Bangsarians about such an incident that can occur and also to what great measures these idiots will stoop to just to make a quick buck.

Though Kumar didn’t mean to, his story touched the hearts of many due to his quick and brave act. These days, not many people would be bothered to help someone else as they’d rather keep to themselves.

“They (the thugs) may have caused her more harm if you didn’t step out and shout . Thanks for being a good neighbour. Hope she recovers soon.”

“Thanks for sharing. It is good that you were able to act quickly and take down their number plate. Let’s hope the authorities find these robbers ASAP!”

Indeed, things could have been far worse had Kumar not shouted at them. Kudos to this amazing neighbour as well as the police for being able to track the car down so quickly.

Hopefully, those horrid thugs can be caught immediately before they hurt anyone else. We sure hope the auntie recovers well too! 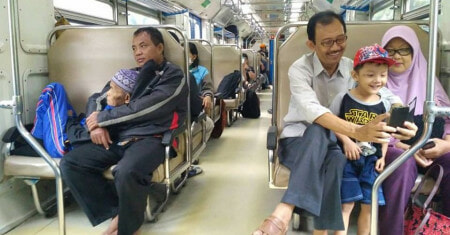