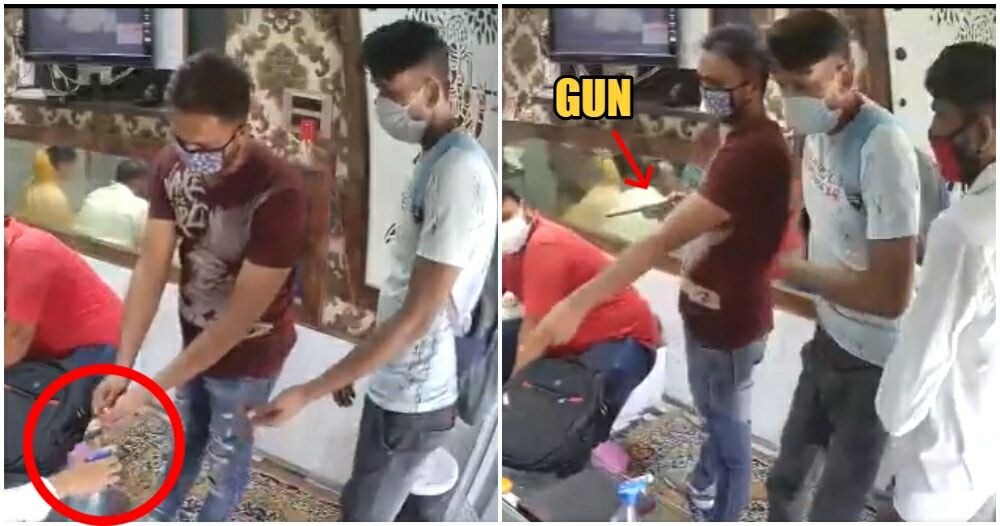 We all know that Covid-19 is dangerous so we prioritise safety first over anything.

The same can be said for these robbers in India.

A trio of robbers went into a gold shop in the afternoon of 11 September to rob the store. The CCTV footage of the incident went viral on social media because of the trio’s peculiar actions. Watch the video here:

In Aligarh , then men rob a jewellery shop following full ‘covid protocol’ – walk in wearing masks , get hands sanitised and then whip out a gun and rob the establishment ! @aligarhpolice have promised swift action … pic.twitter.com/hTOREmEg2W

The video starts off with three men entering the store wearing their masks. One of the staff then asked for them to show their hands so that he could spritz their hands with sanitiser. 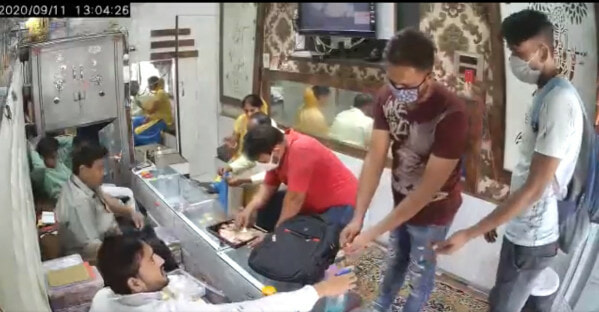 The trio dutifully rubbed the sanitiser in before pulling out their guns and asking the staff to give them the jewellery. They worked quickly and stuffed the gold and cash into an empty backpack before running away. The staff and customers were visibly frightened at the sight of the guns.

The whole duration of the robbery was less than a minute. The robbery happened in Uttar Pradesh’s Aligarh and the local police estimated that they took around 30,000 to 40,000 rupees (RM1,696 – RM2,263) while they estimated the stolen jewellery to be worth about 40 lakhs (RM226,346). 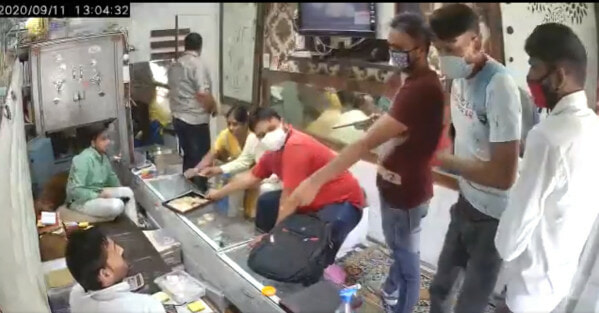 A lakh is a unit in the Indian numbering system equal to one hundred thousand (100,000).

The local police have said that they will be investigating this incident, reported NDTV.

Also read: 13yo Boy Sells One Pump of Hand Sanitiser For RM2.75, Gets Sent Home From School 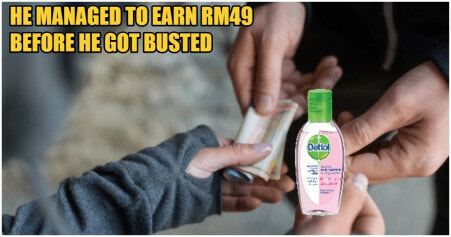