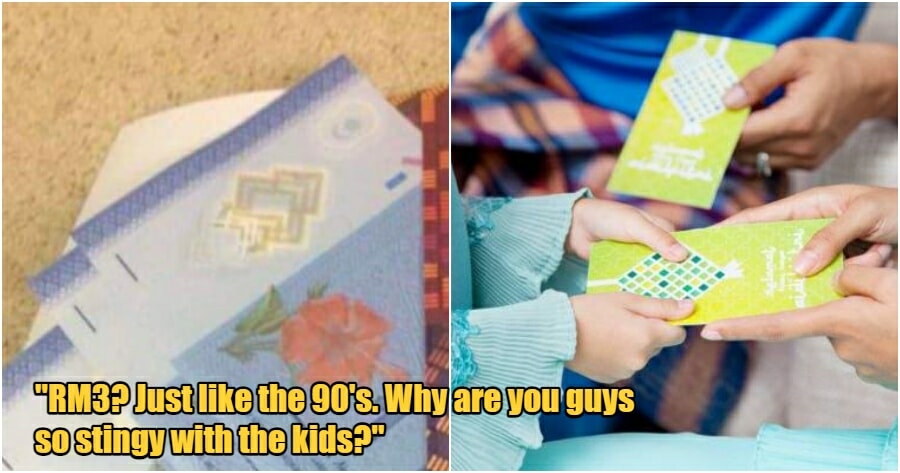 As a child, 1 of the most anticipated things about celebrating Hari Raya was receiving duit Raya and we were always taught to NOT open the green packets in front of the givers. 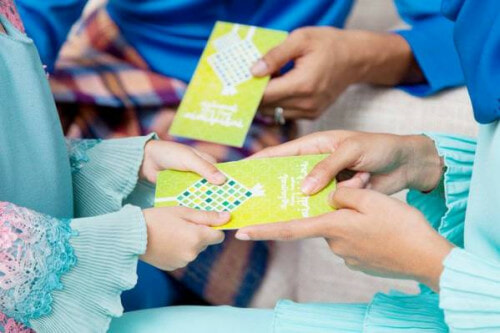 “I brought my kids over to the houses of my relatives for Raya. They gave each of my children RM3 for duit Raya.”

The man wasn’t too happy about the amount as RM3, to him, is just like the 90s.

He also said that he would have given around RM5-RM10 for duit Raya if he visits his friends’ houses in Penang.

“Why are you guys being so stingy with the kids?” he questioned at the end of his post.

I stop read at "ambo" pic.twitter.com/rCpXLMws69

The post has gained the attention of the netizens and most of them are not too happy to know that the amount of duit Raya is still being debated. Some of them have also included a quote from the prophet that said asking for more is forbidden. 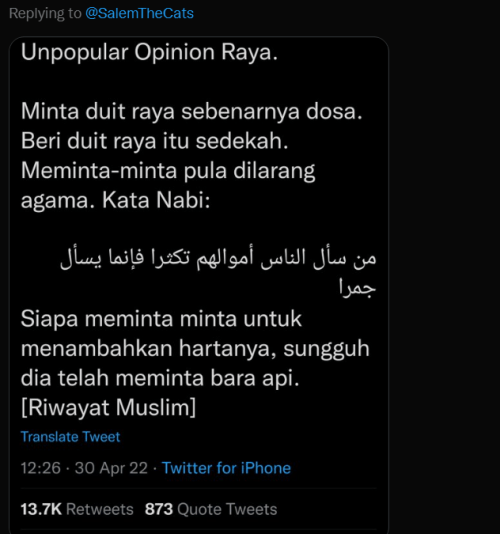 “Duit Raya is actually a form of donation and charity. To ask for more is forbidden.”

In the meantime, some Malaysians have also reminded others to be grateful for the amount that they receive, especially during tough times like these. 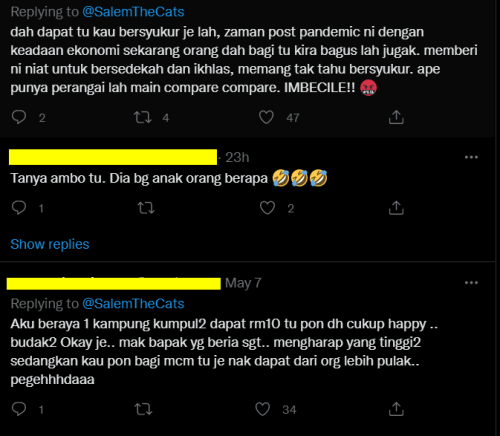 “Just be grateful that you even get it during the post-pandemic with the current state of the economy. Giving duit Raya is a form of donation and it’s all about sincerity. Why are you being ungrateful & comparing the amount? Imbecile!”

“Back then, I was happy to collect RM10 of duit Raya from all my visits. I believe the kids are fine with the amount but sometimes it’s just the parents who are overexcited and expect more when some of them give an equal amount of duit Raya to others.” 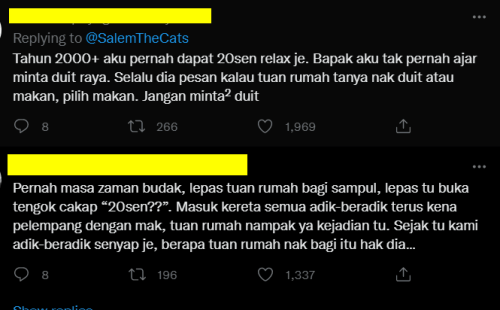 “Back then in the 2000s, I got 20 cents for duit Raya but I was okay with it. My parents taught me to always go for food and when it comes to money, don’t ask for it.”

“When I was a kid, I opened the green packet and was shocked by the amount and said 20 cents?? When we got into the car, my mom slapped me and my siblings while we were being watched. Since then, we stopped questioning. It’s the host’s right to give whatever amount he wants.”

It is certainly uncalled for to question the amount of duit Raya given during the visits. Regardless of the amount, we should learn to be grateful, especially at times like these when people are recovering financially from the effects of the pandemic. 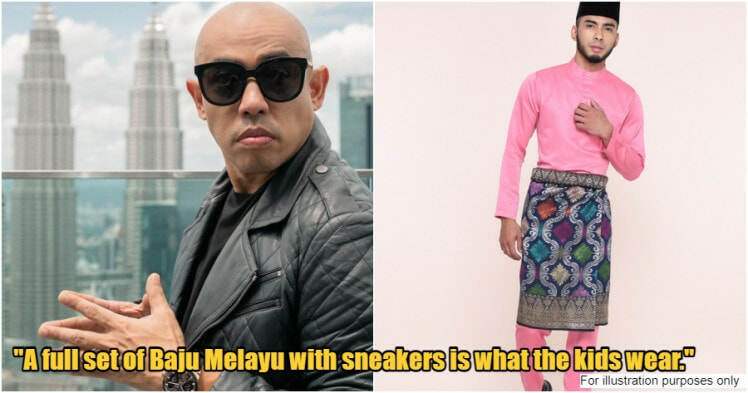