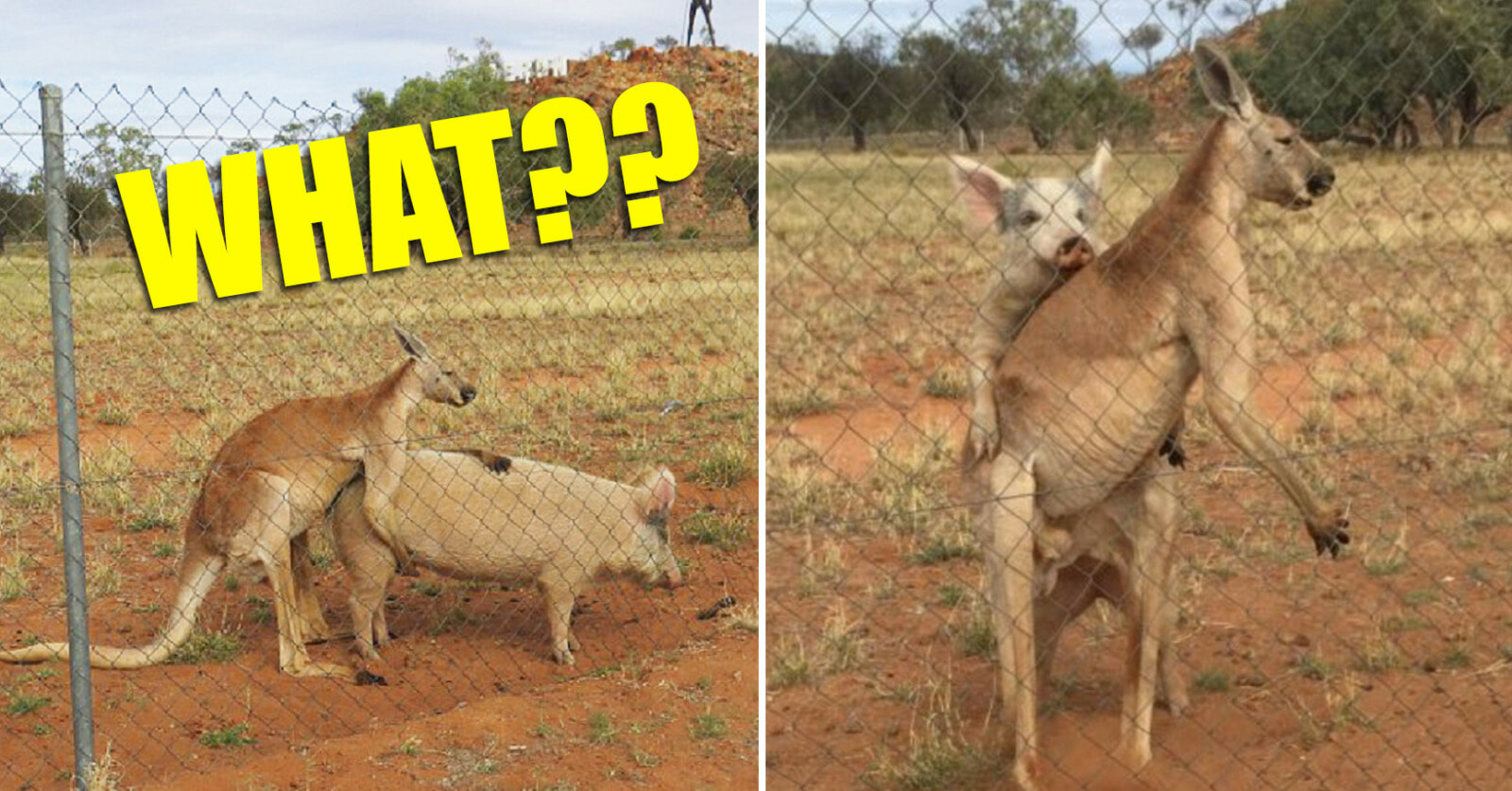 Whilst on a research trip to the Australian Outback, PhD candidate Ryan Frazer had the shock of his life as he stumbled upon a male kangaroo and his female pig companion getting, ahem, very intimate.

Bewildered, he managed to take a series of photographs, which shows the kangaroo cuddling the female pig, named Apples, circling his paws around the body of the pig, as if to envelop the pig in a hug.

According to the farmer who owns the pig in Aileron, near Alice Springs, they are very intimate friends and have been in a relationship for a year. 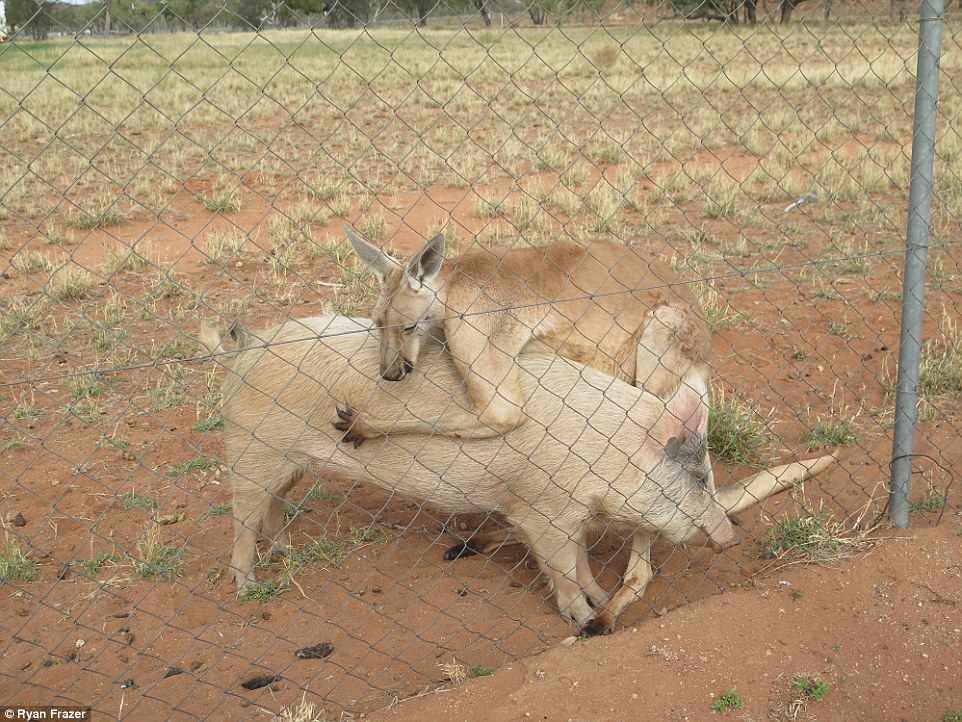 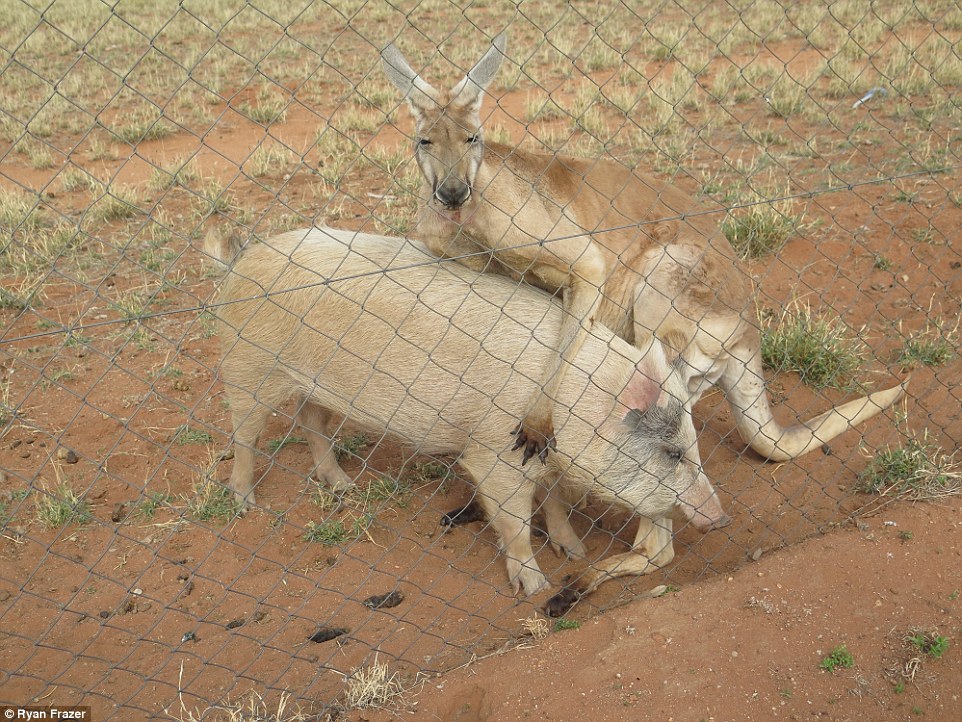 In fact, the pig’s owner, Greg Dick, had tried to break up the couple previously but failed, and have been ‘in a relationship’ for more than a year. But yes, that is his real name.

“I tried to take the pig away the other day and the kangaroo almost tore the fence down.” Mr Dick told NT News

After a couple of minutes, the kangaroo ‘worked himself up and went for it’ according to Mr Frazer. 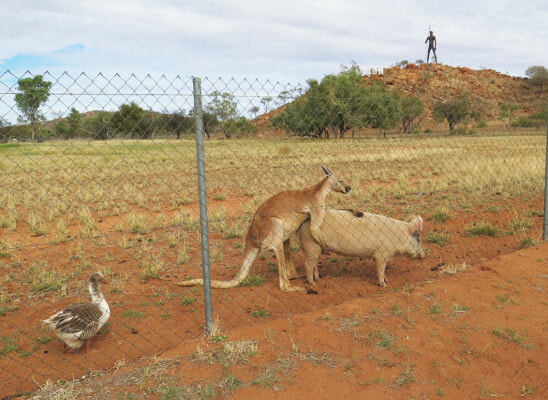 “The pig was totally nonchalant about the whole thing, not concerned at all,”

“I didn’t even know it was possible,” he told Daily Mail Australia. 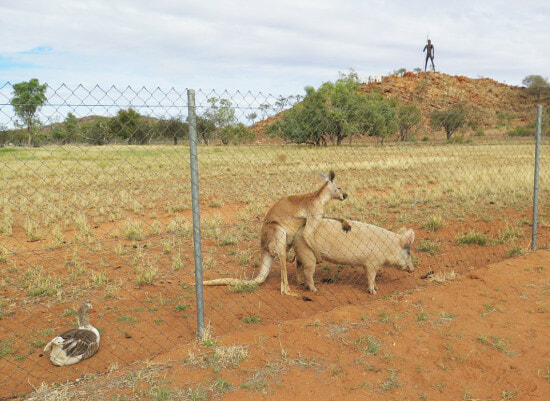 Duck: Lemme get a front row seat to this show.

“The kangaroo was a bit ripped, a bit aggressive, huffing a bit. But the pig stayed with him, nuzzling under his arm, and the kangaroo was hugging the pig for a while.”

Mr Frazer and his colleagues were “bewildered by the affection” the animals had for each other.

“We were just standing there like, “This is strange. Should we still be standing here, watching, taking photos?”” 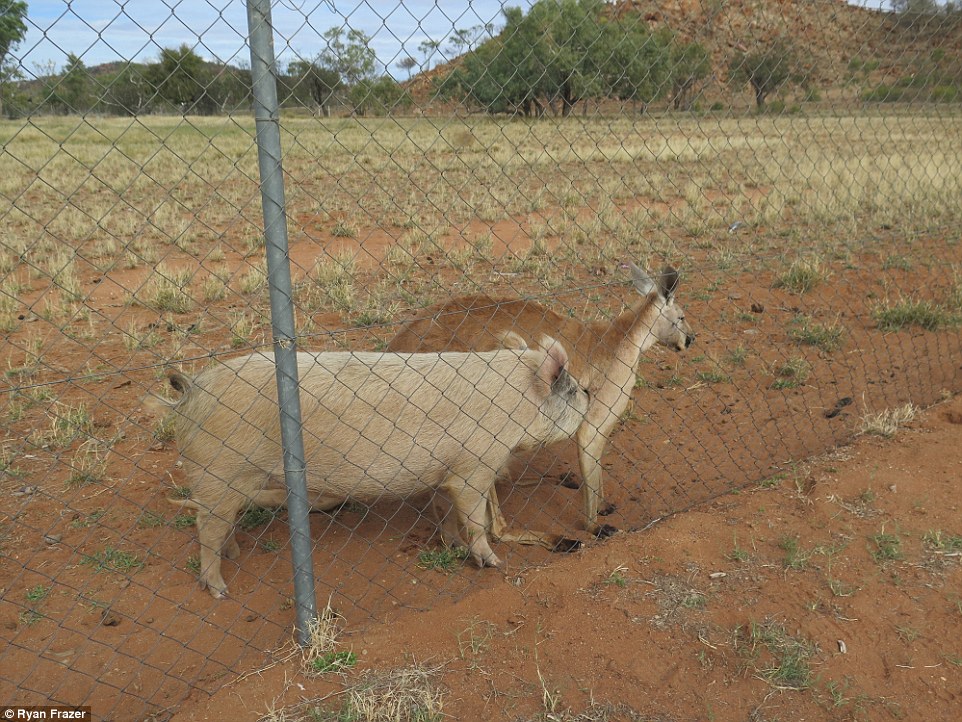 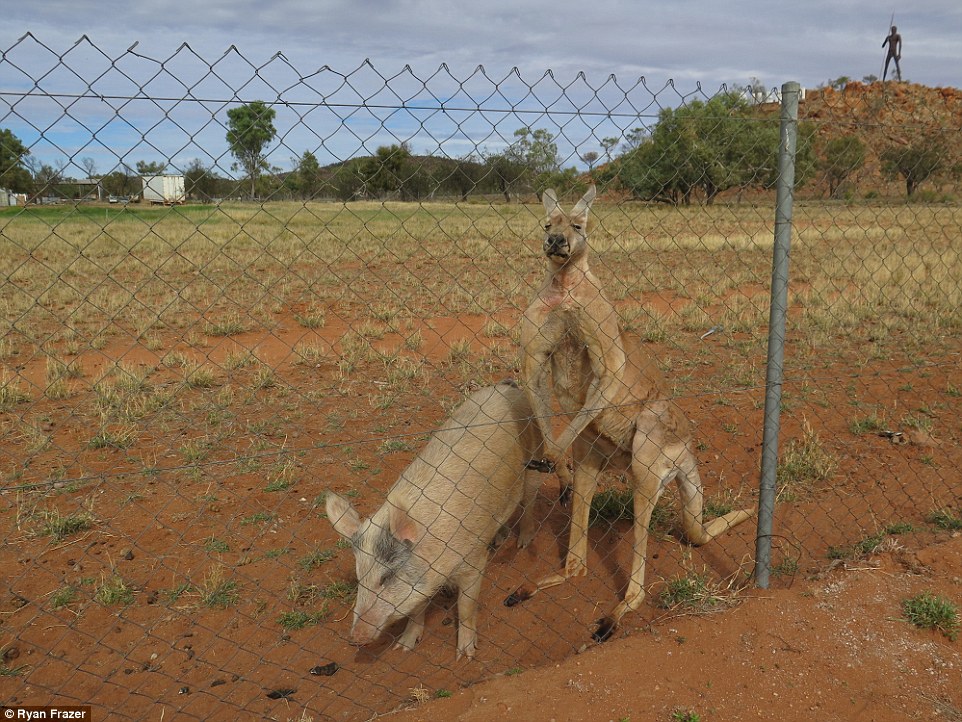 “When the kangaroo finished, the pig tried to jump on the back of the kangaroo for a bit, maybe to reciprocate… that’s when we decided we had enough.”

The whole affair lasted for about five to ten minutes. 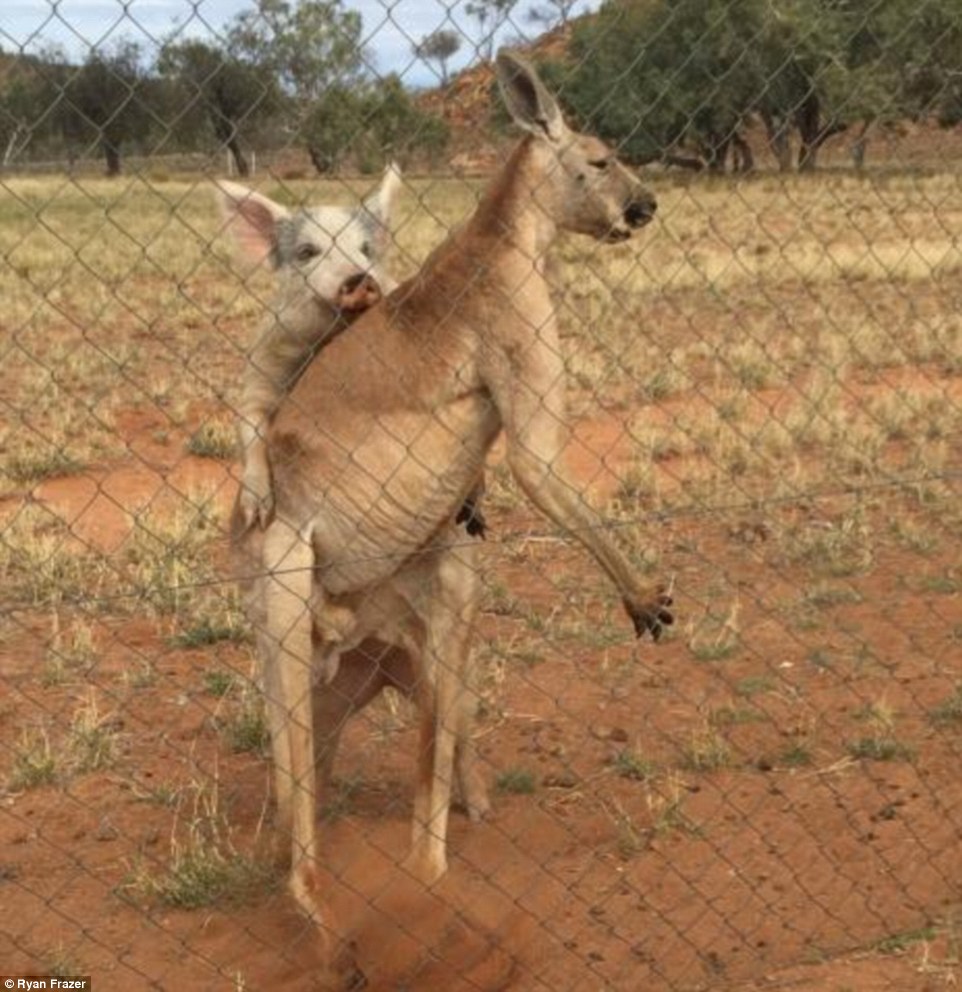 Apparently, this duo is a bit of a celebrity couple. Mr Frazer and his colleagues headed to a nearby art gallery and a local asked them if they’ve ‘met the pig and the kangaroo’.

“He said, “Yeah the kangaroo has been heaps calmer since the pig has been there.””

I don’t know about you but I think the real star here was that duck. 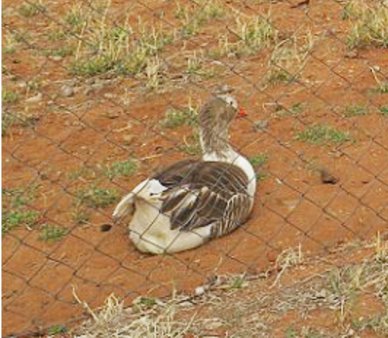 As for the peculiar couple.. I’m not too sure how to feel about it.