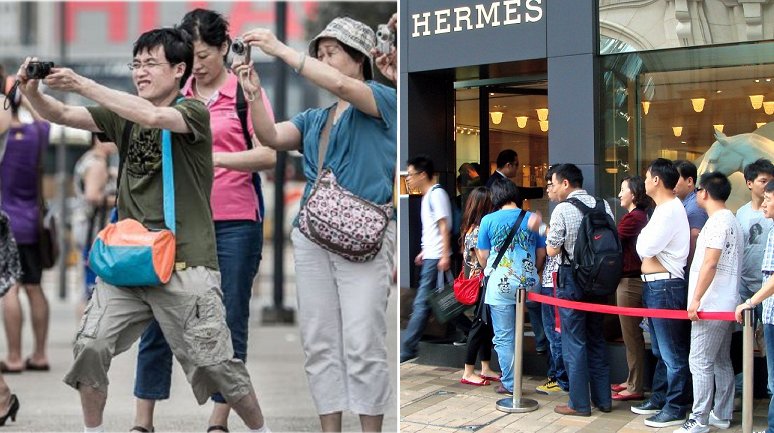 Stories of their unruly and barbaric nature suffered by the public have flooded headlines countless times, embarrassing the other half of Chinese tourist that are well-mannered.

In a 25-minute video by Al Jazeera, reporter Aela Callan follows a group of Chinese tourist to get an insight of things. The video illustrates how a growing population of first-time Chinese tourist has upset the locals in France (a popular destination choice) calling it a clash of culture.

Callan also points out many other traits that can be identified within the community of Chinese tourist. Firstly they always seem to be in a rush; quantity and not quality is key to the Chinese people. 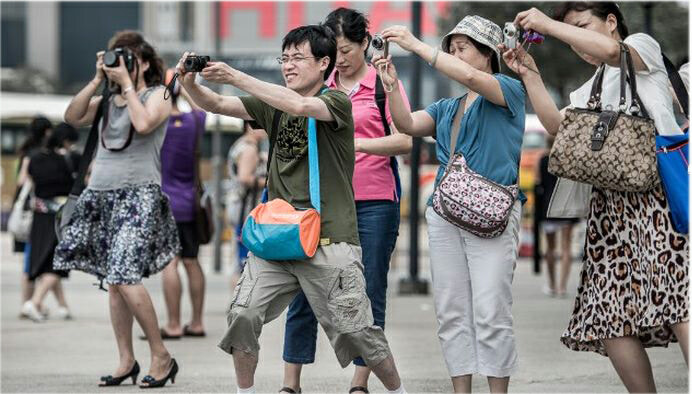 Firstly they always seem to be in a rush; quantity and not quality is key to the Chinese people. Tour buses would drive past monuments and only stop for a group picture.

Callan also noted that Chinese people aren’t too keen on learning the background or history of the city of love, and would only need a brief description of things.

When traveling with first-time Chinese visitors, you might also want to expect petty arguments, loud ones too, i.e, who gets the front seats of the bus. 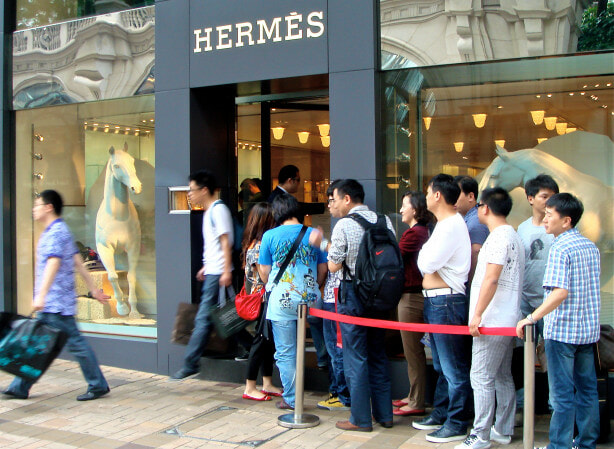 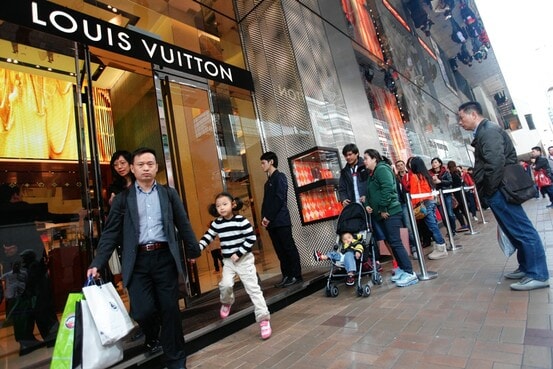 Apart from sightseeing, the rest of the time will be spent on shopping, and mostly branded stuff for bragging rights. An insider revealed that commissions are paid to keep the Chinese tourist at departmental stores, even far longer than at monuments. Statistics shows that half the sales in luxury brands are by (as you have guessed) the Chinese tourist.

A clip from the video was uploaded on Weibo, featuring an interview by Callan with local restaurateur Stephanie Verrett. Stephanie owns Rue de Provence which is situated in the heart of Paris for the past 25 years and therefore often see large portions of tourist.

She shares how the street of her restaurant once used to be a little French village, where people simply come for croissants and coffee. However, many locals have now sold off their businesses after being offered attractive sums of money by Chinese people. And with the new Chinese owners and the overwhelming number of Chinese tourist, the ambiance of the place is no longer quite the same. China-town maybe?

Stephanie acknowledges the contribution of the Chinese tourist to her business but would greatly prefer if tour guides could brief their guides on the proper manners and etiquettes of the place beforehand. Especially since tourist are essentially guests to their host. 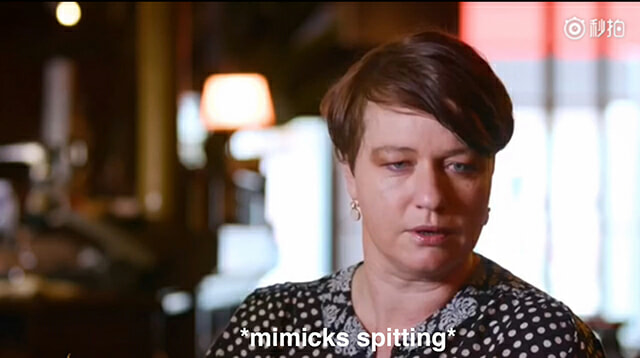 She points out an incident in particular that has disgusted her greatly — a Chinese lady had spat on the floor of the restaurant while Stephanie was serving her.

“I had a woman, she came and she sit down and she — I don’t know the name in English [mimics spitting] — in the floor, and… wow.”

“She was just sitting, I came in with the menu and she [mimics spitting],” she shared.

Though the French restaurant owner may got the ‘culture’ of Chinese people wrong, it seems she didn’t mean any harm by it.

However many netizens are upset that Stephanie had generalized ALL Chinese people behaving in the same pariah manner and are determine to set her straight, according to the Shanghaiist.

“This is wrong. I’ve seen foreigners spit in China as well. This is because of one’s upbringing, it doesn’t have anything to do with one’s nationality,” one wrote.

“I would rather her say that it’s because those Chinese people lack manners instead of it being a cultural difference. She’s implying that all Chinese people are like this,” another commented.

“That is Chinese people’s fault. What do you mean cultural difference? They don’t represent the entirety of China,” one lashed out.