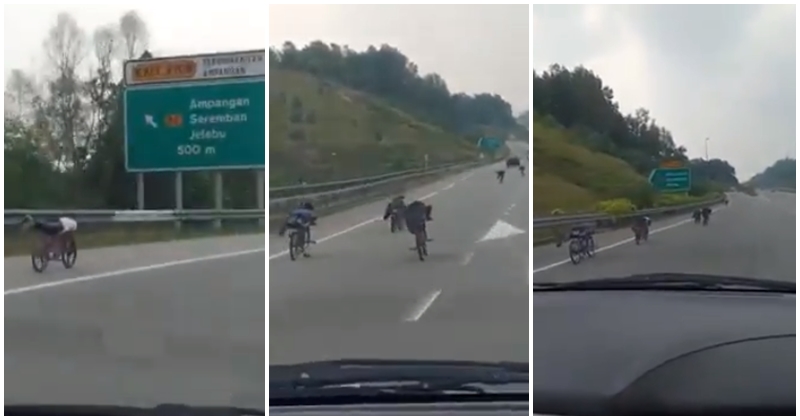 Rempit kids are at it again!

Malaysia has been having trouble with people being rempits and recklessly driving their motorcycles or modified bicycles around. Besides, almost causing accidents, they have been subjected to being victims themselves. Remember the huge case a couple years back where 8 kids died after they rode their modified bicycles on the highway in the middle of the night?

Well, looks like it did not stop more people from continuing this dangerous hobby/lifestyle though!

Signing some sort of death wish, these kids brave much bigger vehicles at high speeds all in the name of fun.

Clearly angry at what he witnessed, @Thehulkey directed his anger at the kids’ parents for not paying enough attention to their kids.

In the 50-second video, kids can be seen riding in the left lane Superman-style, unaware of the dangers surrounding them. 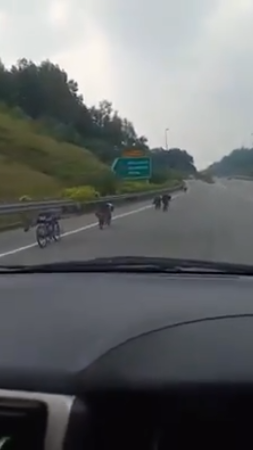 This, however, is not the first occurrence as kids are commonly seen strutting their stuff on highways witnessed here.

We urge the authorities to start taking action not only on the kids but also their neglecting parents for not only injuring the lives of their children but other road users as well. 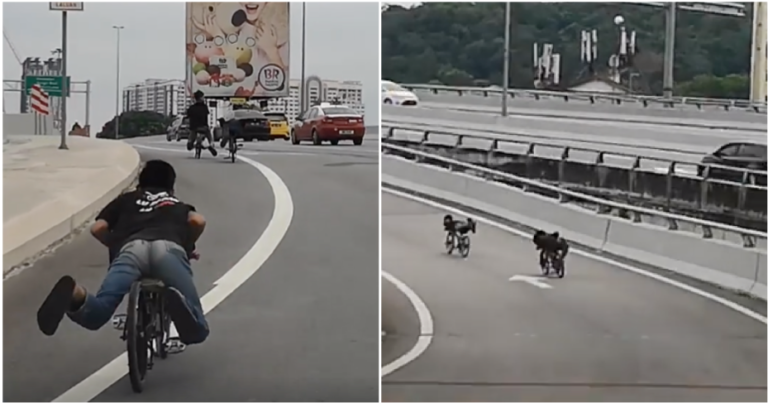