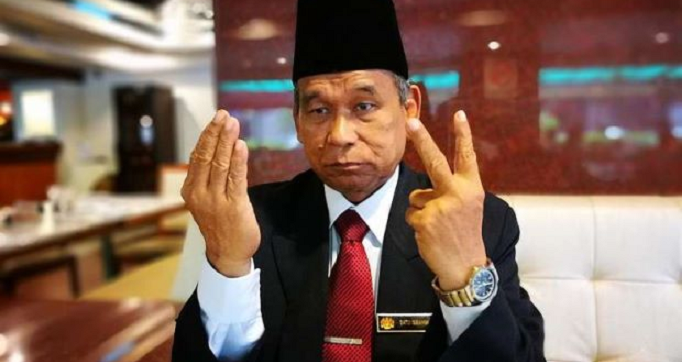 Self-proclaimed “Raja Bomoh” will not contest the Bagan Datuk parliamentary seat as an independent candidate.

Raja Bomoh, or also known as Datuk Ibrahim Mat Zin, was reported by Sinar Harian that he announced his decision to drop out of the race via his Facebook page ‘Raja Bomoh Politik’. He made his announcement in an 11-minute video uploaded shortly before 6pm yesterday.

He said in the Facebook video that he had decided to give way to the two largest parties, Barisan Nasional and Pakatan Harapan, to stand in this general election.

“We will give them another five years to prove themselves. If there are no changes then PSSGGM will contest nationwide in the 15th general election.

“I apologise to Malaysians for being unable to contest this time. I hope and pray that victory will be given to the best side, for the future,” the Seni Silat Gayung Ghaib Malaysia Association (PSSGGM) president said.

Earlier on, much to the amusement and shock of many, Ibrahim and 26 other PSSGGM members said they would contend as independent candidates nationwide in GE14. He was supposed to have contested with his deputy Leman Kanaullah, 55 who will be running for the Pangkor seat.

According to The Star, Barisan Nasional deputy chairman Datuk Seri Dr Ahmad Zahid Hamidi said he was told that Ibrahim did not qualify to contest as he was bankrupt.

“We waited for him to come but he is a no-show.

“I was told that he had disqualified himself due to his bankruptcy,” he told a press conference at SM Sains Bagan Datuk.

Raja Bomoh first shot to infamy in 2014 when he famously brought coconuts and sat on a ‘magic carpet’ in the Kuala Lumpur International Airport, to help locate the missing Malaysia Airlines flight MH370. Maybe he misplaced his magic carpet and couldn’t afford the coconuts this round, but I’m sure this is not the last we’ll hear from him! 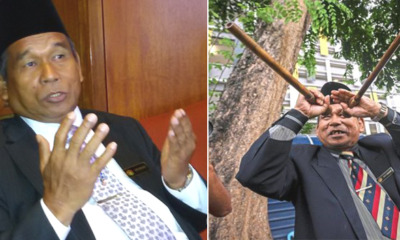