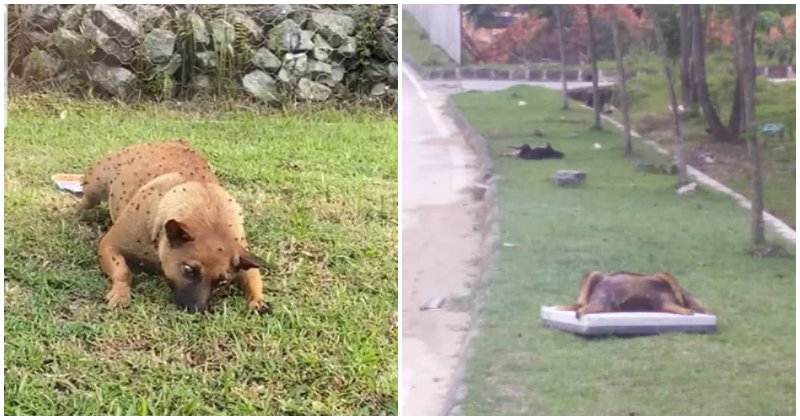 And animal abusers in Malaysia have been getting really creative lately, painting and dyeing cats and dogs unnatural colours, probably because they’re upset that Pokemon don’t exist in the real world.

But one abuser has taken the classic route of cruelty by poisoning a pack of stray dogs in Rawang, as according to Persatuan Haiwan Malaysia – Malaysia Animal Association.

They wrote, “Cruel deaths for dogs who were poisoned by the residents of Bandar Tasik Puteri Rawang, Selangor. The action of poisoning a stray dog is considered an animal cruelty crime. The poisonings of the dogs by the residents can educate the younger generations to become killers and abusers who take the easy way out of an animal conflict problem.”

The strays that so irked the residents of the area could have easily been relocated or transported to a shelter. But instead of sharing a simple responsibility, the residents chose to be cruel.

As according to The Star, the poor doggies were found dead with vomit mixed with blood around their mouths, which led to the belief that they were poisoned.

“Involve the local authorities when it comes to problems with stray dogs, so that proper management methods and humane measures can be carried out. Not to mention the fact that our country has the Animal Welfare Act 2015 and has an Animal Welfare Board that is tasked with protecting and monitoring the welfare of all animals in this country,” they added. “Enough of Malaysia being labeled a nation of poisoners, shooters and dog killers by international animal rights observers,” they ended their post.

Malaysia Animal Association’s posting has since garnered over 2,300 shares.

It’s about time we add ‘animal abusers’ to the list of things Malaysia is known for. 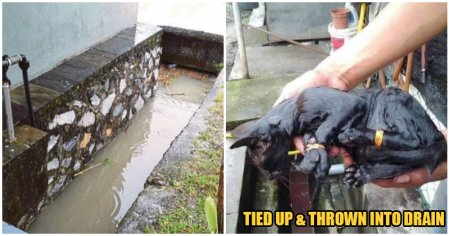