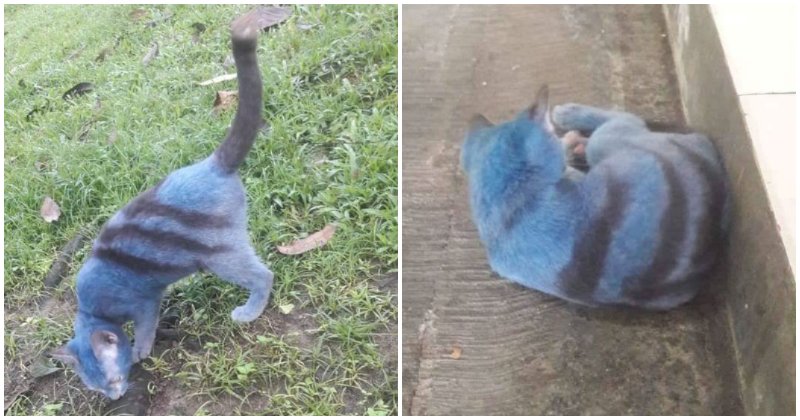 What is it with Malaysians and dyeing innocent animals unnatural colours?

Just yesterday we saw a poor doggo in Subang Bestari that was painted green by cruel unknown people, and now, another incident has come to the public’s attention where a little kitty cat was found after it was spray-painted blue and black. 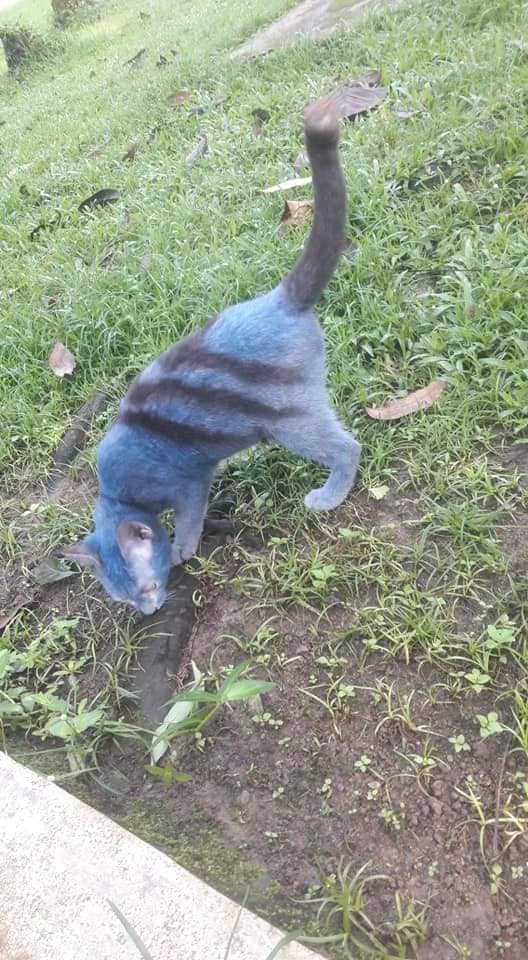 Malaysia Animal Association wrote, “Animal painting culture is becoming more and more common in this country. Just before this, a dog was painted green. Now a cat has been sprayed blue by its irresponsible owner. The consequences of this foolish behaviour can be harmful to the animals. Deaths can happen due to poisonous toxins when the cat licks itself or when the paint absorbs into it’s skin.” 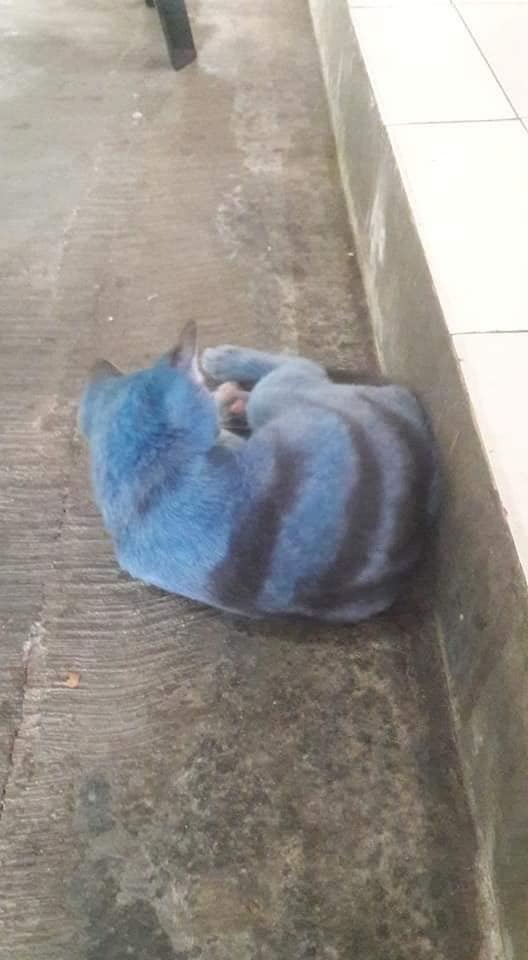 “Anyone with any information of pets or strays being treated this way by neighbours of the community, please do report such animal cruelty to the authorities or to Animal Malaysia,” they added.

How would you feel if someone were to spray paint you and leave you to deal with the aftermath of the paint and chemicals? At least as humans, we have our hands to help us clean ourselves. These poor animals don’t have access to the facilities we do in order to clean themselves off, hence they end up ingesting and absorbing the chemicals into their bodies in an effort to be rid of the paint. Not to mention, it can cause skin irritation!

Whoever did this to the poor cat should receive the same treatment.

Malaysia Animal Association’s posting has since garnered over 523 shares.

We’re all angry that Pokemon don’t exist in the real world but that doesn’t mean that humans can try and create their own out of innocent, helpless animals.

Also read: The Sabah Farm That Dyed Bunny Pink As a Tourist Attraction Has Now Apologised After Backlash 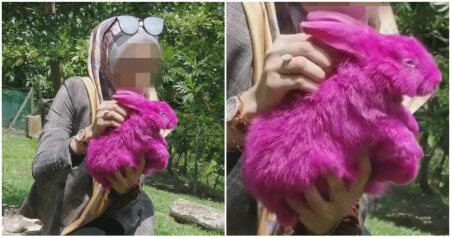