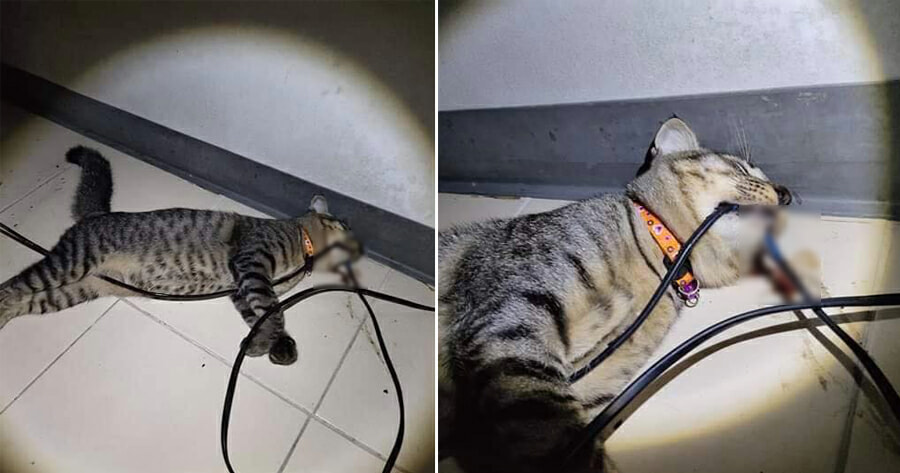 Playing with cats and watching them chase that red dot from a laser pen is one of the cutest things ever, not to mention how they go crazy over a piece of string that’s dragged across the floor.

Cats also love to playfully chew on pieces of wire or string that they find around the place they live.

However, while cats are super fun to play with, they often don’t know the difference between what is safe to play with and what could harm them.

Several photos on Facebook that had gone viral show a cat lying on the ground moments after it had died. 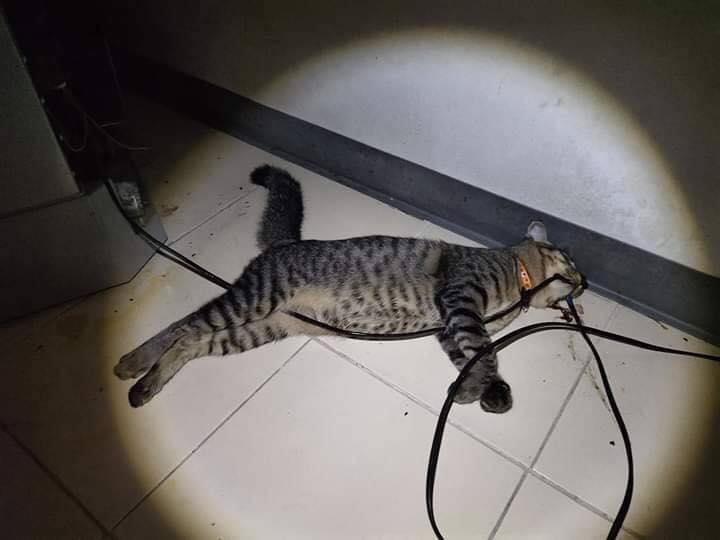 The cat had an electric wire between its teeth which had electrocuted him.

“Guys, keep an eye on your pet cats if you really love them. They only know how to play.”

“This cat had an electric shock because it bit the wire… 😭😭😭.” 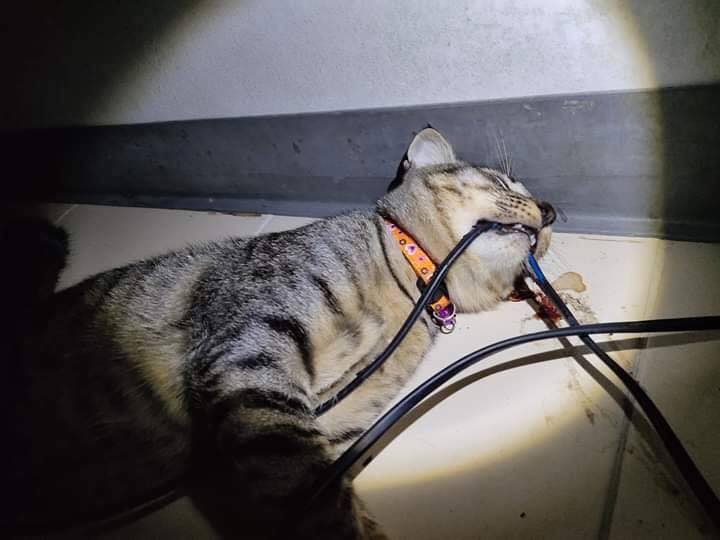 The poor kitty! This is a good reminder for all pet owners to hide exposed wires in their house to ensure that their pets don’t accidentally get electrocuted. 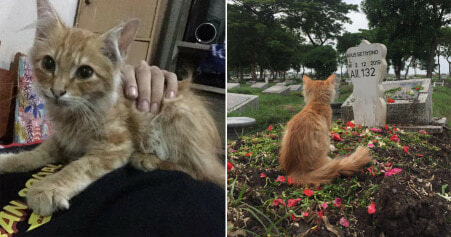