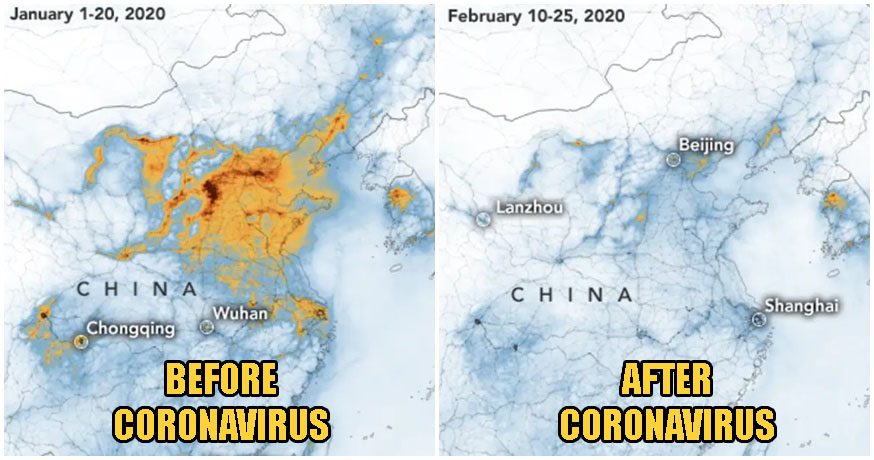 There’s a silver lining to every gray cloud, as the saying goes. While the world continues to combat the spread of the Covid-19 coronavirus, you will be surprised to know that there happens to be some good that came out of a substantial number of countries that are issuing quarantine warnings. In fact, China, where the Covid-19 coronavirus has been most virulent, was recording a 16% increase in pollution before the outbreak, according to South China Morning Press.

However, in a bittersweet development, The Independent and BBC reports that satellite images from NASA have shown a dramatic decrease of pollution, after some of the nation’s biggest cities were put under quarantine, forcing people to stay home and factories to cease operations. 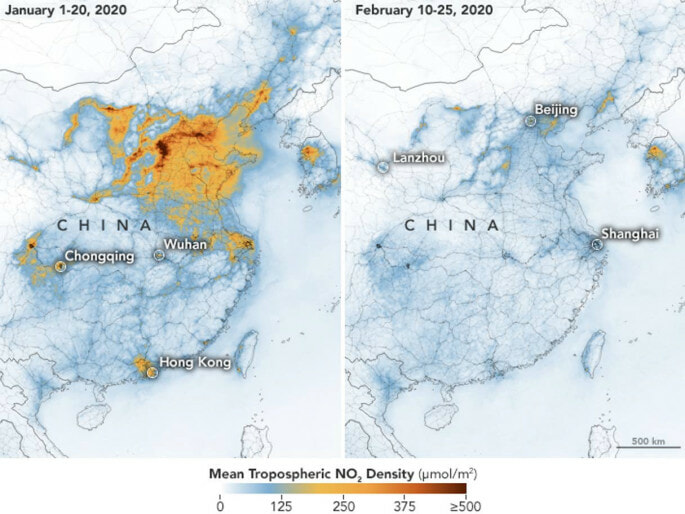 The images, which show how levels of nitrogen dioxide, a gas produced primarily from vehicles and factories, dropped considerably after China forcibly quarantined many major cities.

In fact, the coronavirus has actually helped eradicate at least one quarter of China’s greenhouse gas emissions. The maps, which show topographic images of China between the first three weeks of the year and 10th-25th February, speak easily for themselves. 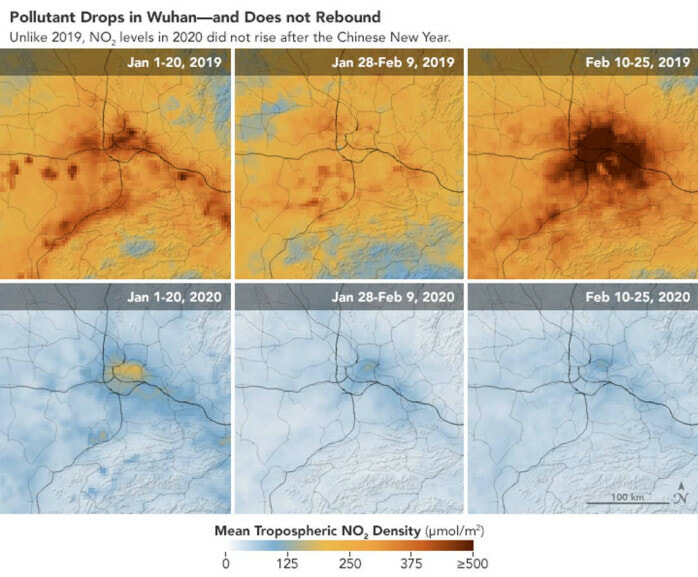 “This is the first time I have seen such a dramatic drop-off over such a wide area for a specific event,” said Fei Liu, an air quality researcher at Nasa’s Goddard Space Flight Centre.

While the quarantine may not be the only reason why the pollution levels have dropped, they certainly play one of the biggest roles yet! 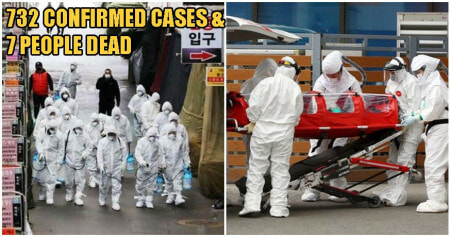