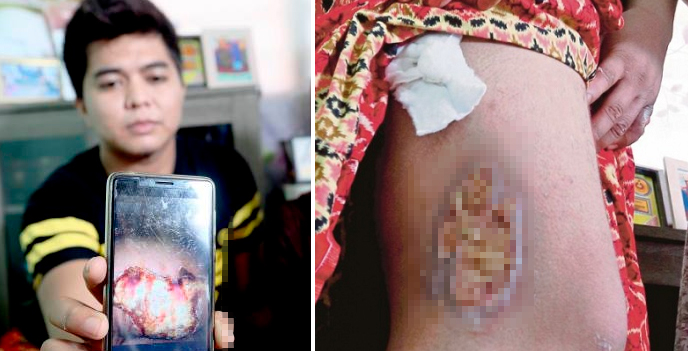 Being beat up by police while in custody is not something new in Malaysia. We have heard many cases where police resort to brutality in order to get confessions out from the suspects. 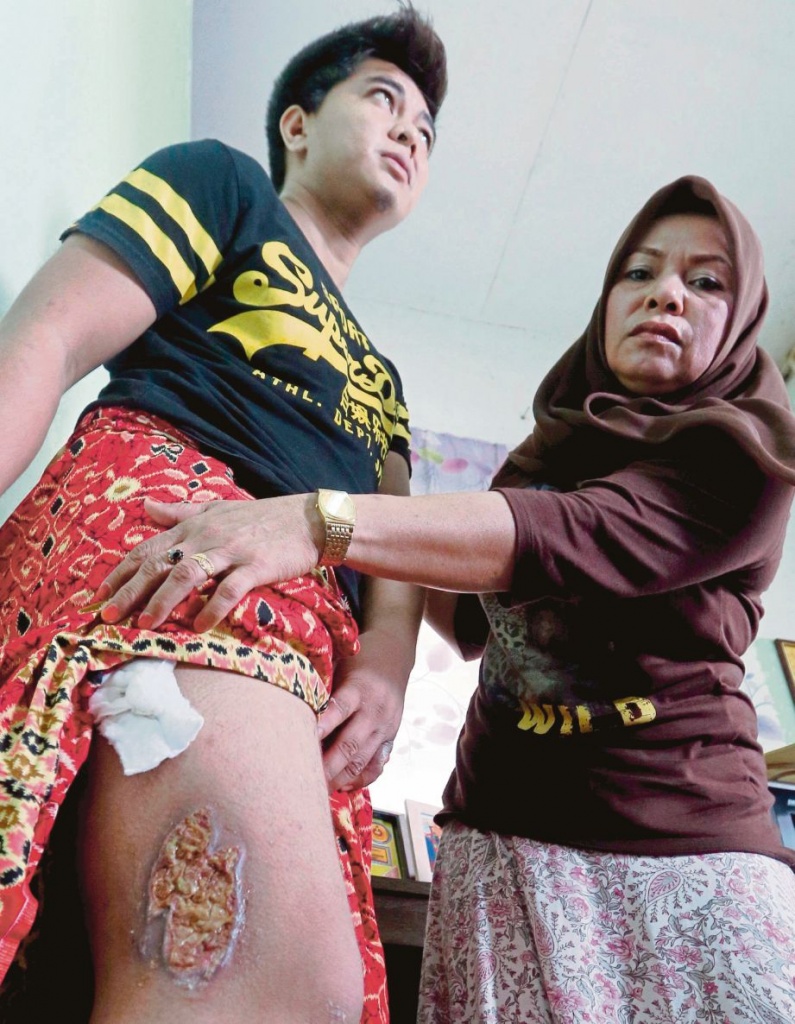 Muhammad Zul Farhan Zulkifli was taken into custody for allegedly committing a robbery. The 23-year-old mechanic was painting his motorcycle at a house in Taman Awana when they were approached by six men.

Zul and his two friends panicked and fled the scene for some 300 metres because they thought the men were bandits. Zul surrendered only after the group of men introduced themselves as policemen. To his surprise, he was then told that he was suspected for committing a robbery.

According to NST, Zul was then handcuffed, beaten up and trampled upon by the policemen in a van while on their way to the Kota Setar police headquarters.

Zul said that the police forced him to confess to a crime in which he did not commit.

“When I said I did not know anything about a robbery, one of the policemen struck me with an electric cable, while the others punched and stepped on me,” he said. 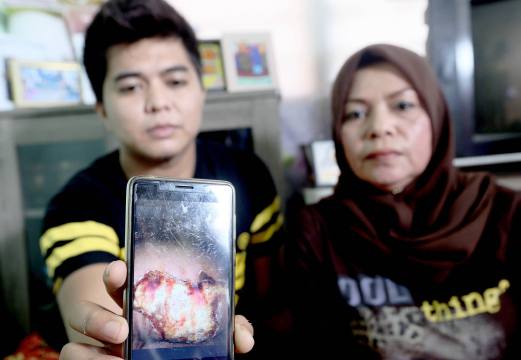 “I could only beg for mercy and bear the pain, they did not give me a chance to speak for myself,” said the injured mechanic.

He told Harian Metro that the electric cable was almost 4-centimetres thick and he almost passed out as a result of the beatings. The next day, Zul was taken to Alor Setar’s majistrate’s court for a remand order of four days. He requested to go to the hospital as his skin was starting to blister and filled with pus. However, the request was rejected by the police.

According to Berita Harian, a man around 40-year-old called Azri surrendered himself to the police station the night Zul was taken in to custody. He confessed that he was involved in the robbery case that the group of policemen were investigating and Zul allegedly involved.

Zul only received treatment two days later in a hospital where he sustained injuries on his left finger, right eye, buttocks and thighs. He was released afterwords.

His mother, Jamaliah Saad, 50 was shock to see the condition of her son when fetching him at the police station.

“I was shocked to see his injuries. His clothes were stained with blood, he could not walk properly and he had swellings on his body as a result from the whipping and beating,” Jamaliah said.

Jamaliah said that her son had to take painkillers in order to sleep because the pain was too intense. His injuries had also prevented him from going to work. She had since lodged a police report to hold the policemen accountable.

Kota Setar police chief ACP Mohd Rozi Jidin said that a thorough investigation will be conducted on the alleged beating because such incident is a disgrace to the police force.

Solving the crime is certainly important, but beating the crap out of the suspect to get a confession is just not ethical. It’s ironic how the ones who are supposed to keep us safe become the dangerous ones instead.