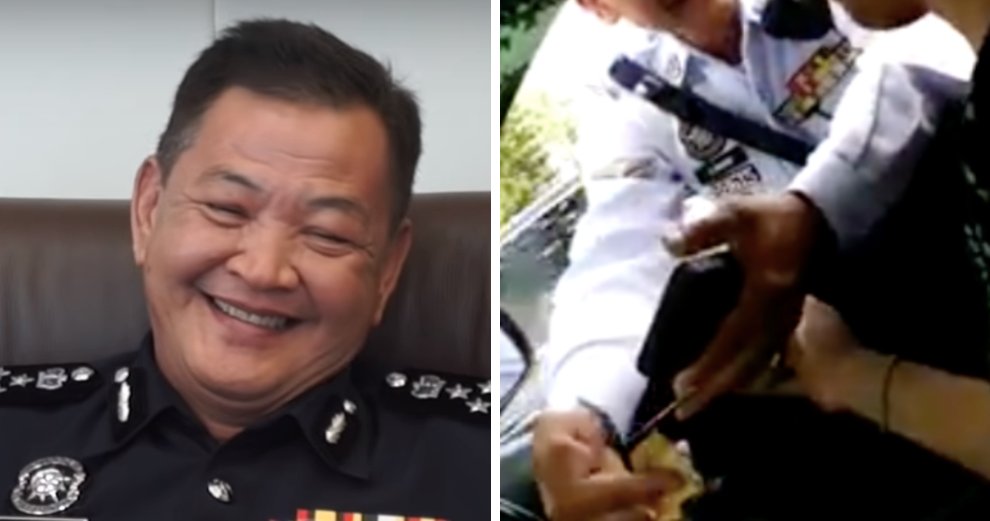 You’ve probably heard stories of people refusing to help someone, only to find out that they were a millionaire, their possible new boss, etc, and probably chuckled a little at the foibles of irony. However, one police constable in Rembau, Negeri Sembilan probably wishes he could turn back time after he was caught asking for a bribe from the future chief of the Royal Malaysian Police!

The new Inspector-General of the PDRM, Datuk Seri Abdul Hamid Bador, has been working hard to eliminate corruption in the police force ever since being appointed on the 4th of May 2019.

He’s been hard at work setting up initiatives to stamp out corruption from the force, and even does surprise inspections of police stations to make sure things are up to standard. Perhaps this one incident that happened after he resigned from his post as Special Branch deputy director in 2016 inspired him!

After retiring from the force, Mr. Hamid returned to his hometown, Rembau, to open a vegetable farm. He sold the produce at the local market, and by all reports was a happy man, telling New Straits Times that he intends to return to farming after he retires in two years. One day, however, he was stopped on his way to the market in his truck by a police constable who told him that his truck was overloaded.

“I was stopped by a policeman on a motorbike and he claimed that my truck was overloaded. I told him it was not because the weight (of the vegetables) was not over 500kg.

“He then asked me whether my assistant, who was also in the truck, was a foreigner. I told him he was a Bangladeshi with a valid work permit.”

“People laugh at this story now because that poor constable didn’t recognise me,” Mr. Hamid said, noting that the police are supposed to be patrolling and preventing crime, and it is not their job to “terrorise motorists” by stopping passing vehicles to ask for licences.

We certainly wouldn’t want to be that police constable! The current IGP has really stepped up in his efforts to clean up the PDRM, and we have to salute him for it. Keep up the great work, Datuk Seri! 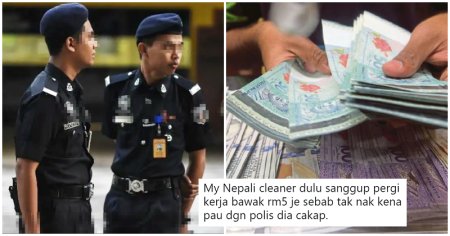