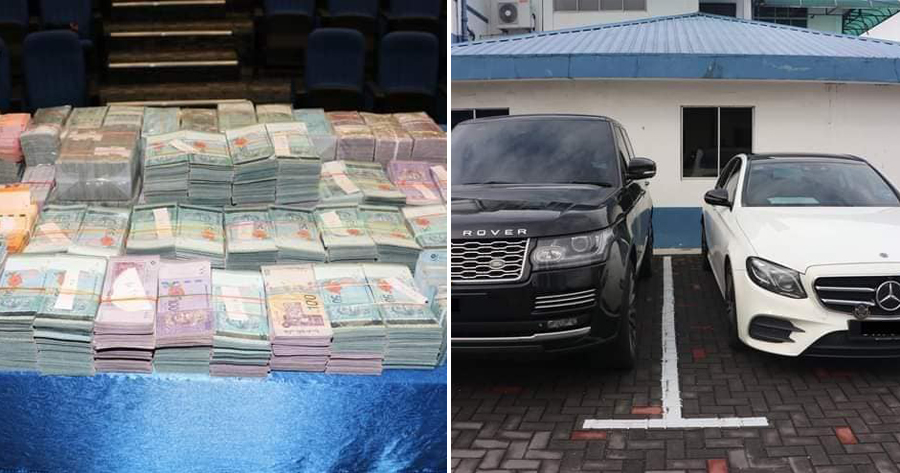 A businessman with a ‘Datuk’ title was among three individuals who were arrested after they were believed to be involved in an investment fraud. Police seized wads of cash and other items amounting to RM4.6 milion in Taman Sri Kluang on Tuesday (24 November).

According to Johor Police Chief Datuk Ayob Khan Mydin Pitchay, the 40-year-old man was arrested along with two other businessmen at about 9pm. Three raids were carried out in Kuala Lumpur and Johor Bahru, but all arrests and seizures were made at the terrace house in Kluang. 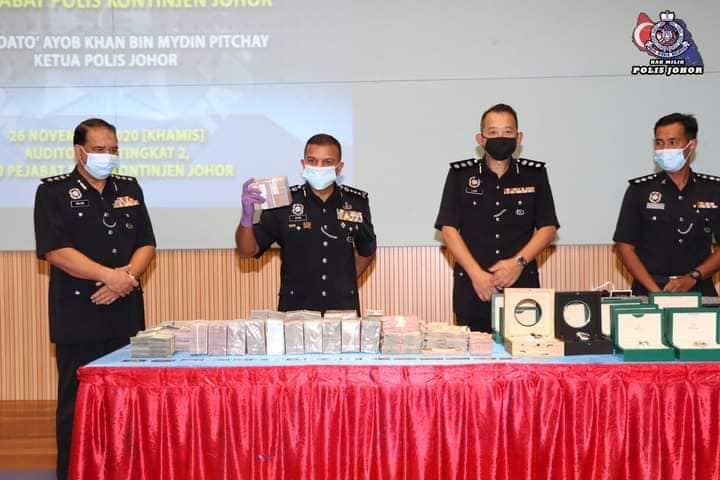 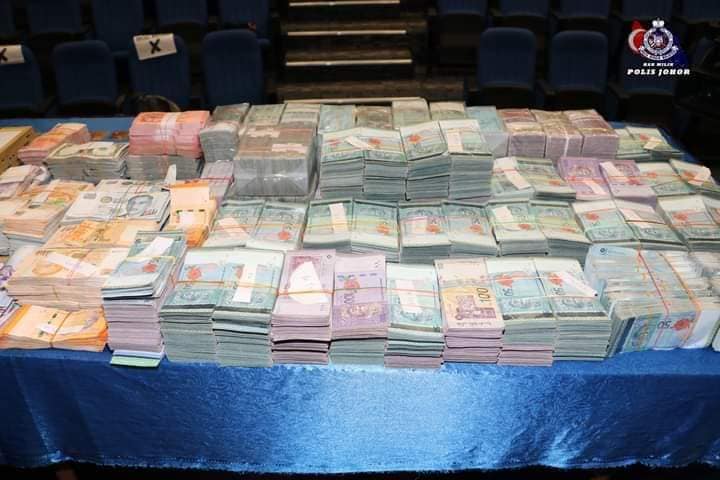 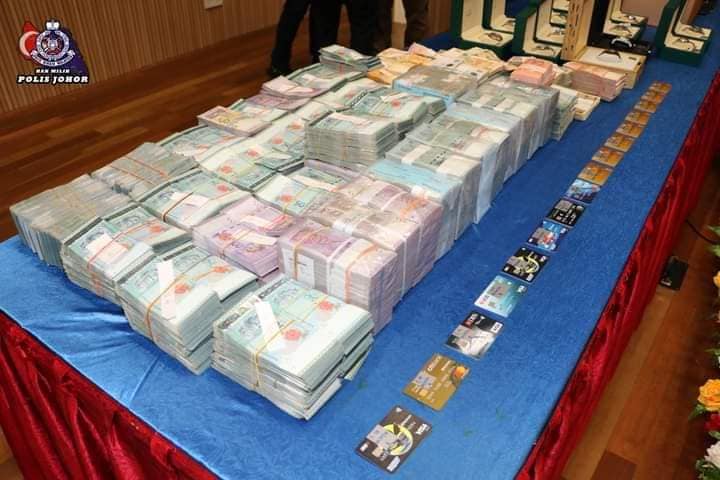 He said that initial investigations found that the suspects had been deceiving the public to invest in foreign exchange and cryptocurrency transactions by promising lucrative returns within a short period of time, reported Harian Metro.

“The syndicate is believed to have been active for the past two to three years and besides targeting Malaysians, the investor also targets foreigners from China, Singapore, Brunei and several other countries,” he said.

“A police team from the Johor Contingent Police Headquarters (IPK) Task Force raided and inspected a two-storey terrace house and found cash and various items including 10 luxury watches worth RM250,000, 16 credit and debit cards from various banks, 22 pieces of gold worth RM45,000 and six mobile phones of various brands.” 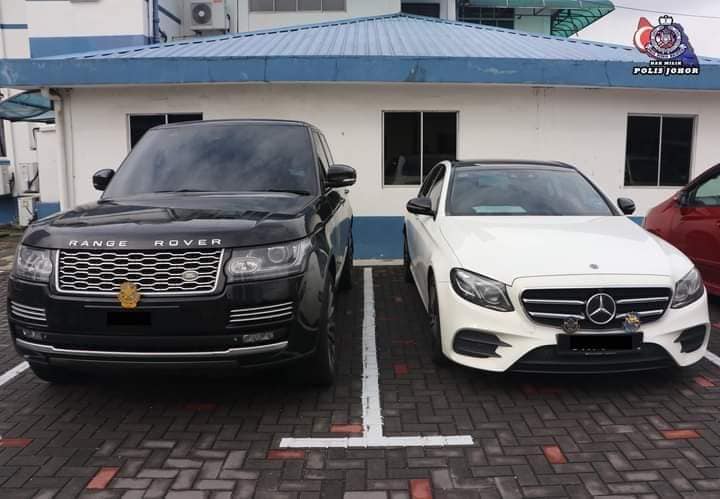 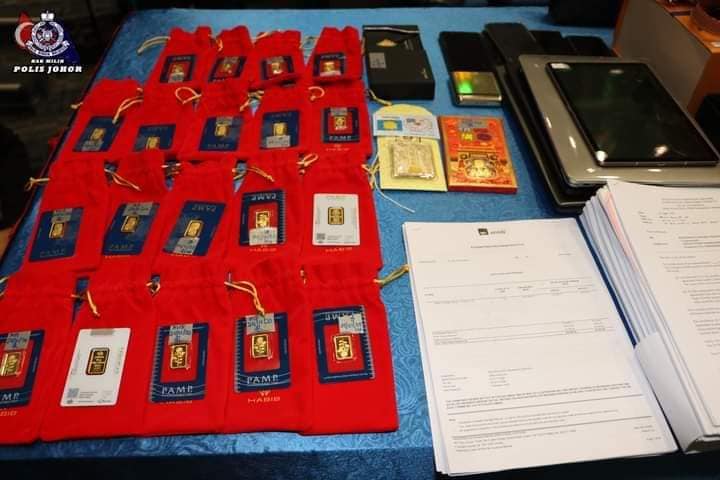 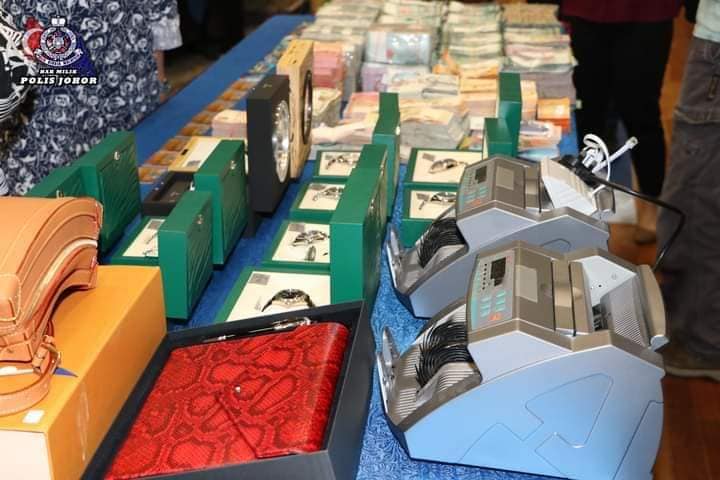 He added that all suspects aged 27 to 40 were remanded for three days until 27 November while the case is being investigated under Section 420 of the Penal Code. Upon conviction, the accused can be sentenced to imprisonment for a period of not less than one year and not more than ten years. The punishment also includes caning and a fine.

Ayob Khan Mydin Pitchay added that the police took action after receiving information from the public. He explained further that many more victims have been deceived by this syndicate and urged any other individuals affected by this scam to come forward to make a report to assist in investigations.

“The investigation is still in the early stages. We need time to check with Bank Negara Malaysia (BNM) and so on,” he said.

“Johor police advise the public not to be easily deceived by investment schemes that promise lucrative profits in a short time.”

Also read: 36yo M’sian Man Arrested For Trying To Smuggle RM1.93 Million Worth Of Cigarettes Into The Country 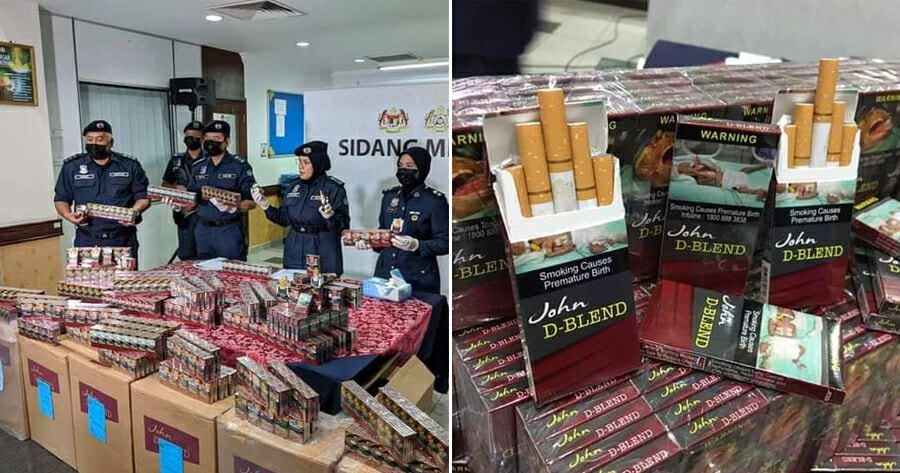