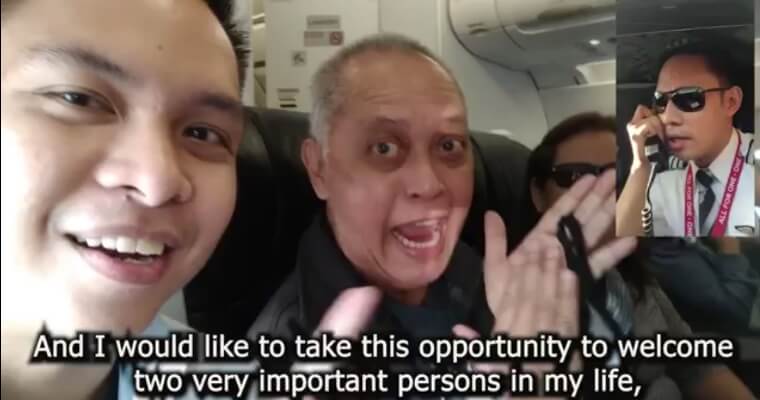 A video has been going viral of an AirAsia pilot surprising his parents on board with a special announcement after secretly arranging to be on the flight they were on.

AirAsia pilot Genesis Bernardo shared a video of the lovely memory taken during a flight from the Philippines to Taiwan on 20 February.

His brother, Joshua Bernando, starts filming as he wanted to capture the moment and their unsuspecting parents smile and pose for the camera. The smiles turn to surprise when they recognised their son’s voice on the intercom.

“Good morning ladies and gentlemen from the flight deck, this is Genesis Bernardo, your captain speaking.”

After the standard pre-flight briefing, Genesis segues into a tribute to his parents.

“I would like to take this opportunity to welcome two very important people in my life, Mr Paul Bernardo and Mrs Solly Bernardo, my dad and my mum.”

The expressions on his parents’ faces are priceless, as their son directly addresses them.

“I would like to thank you for loving me unconditionally as your son, and for teaching me to do my best in everything that I do. I also thank you for inspiring me to never stop dreaming big and making me believe that everything is possible as long as you have faith.”

“You are one of the biggest reasons why I am here commanding a flight and flying this airplane,” the captain expresses his gratitude to his listening parents. 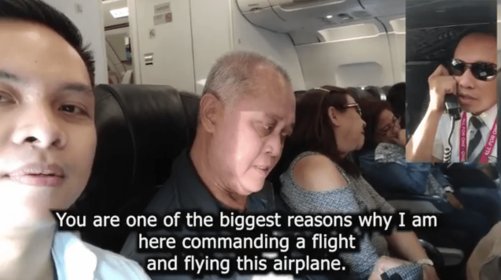 The parents can be seen listening closely, as their eyes seem to fill with happy tears. Their son continues, admitting it’s always been a dream for him to have his parents as his passengers.

“It’s truly an honour and my pleasure to have you on board. I’m so proud of you for bringing me where I am right now…And I also hope to make you proud,” Genesis says, voice heavy with emotion. 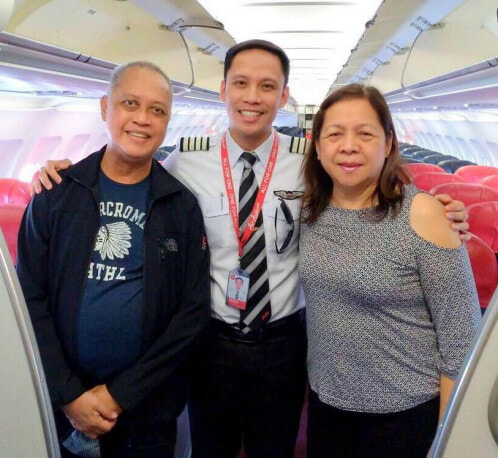 He also snuck in a greeting to his brother who was celebrating his birthday that day, saying, “Happy Birthday bro, I’m very glad to have you on board for the very first time.”

Genesis concludes his message by thanking his parents for motivating him and his siblings.

“Cheers to all the parents who’s always been an inspiration to their kids and to everyone who’s been inspired by their parents to achieve their dreams.”

Applause fills the cabin as other passengers cheer on the captain and his happy parents once the message ends.

Joshua revealed in a Facebook post after the surprise that he and Genesis had planned out the flight details, although his brother had tricked him by “cancelling” the plan and thus surprising his brother as well as his parents. 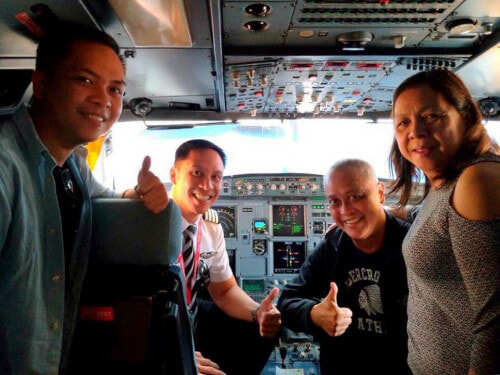 Joshua shares photos from the surprise with a note urging others to always appreciate family, writing, “Never miss any moments with your family. Make time for them. Make them proud. It will be the greatest gift you can give. They are your biggest treasure in life…By the end of the day, the word “regret” will not be in your dictionary anymore.”

Wise words. Indeed, we’re sure there were no parents prouder in the sky that day.

(Fun fact: The video was edited by their third brother Daniel, a director by trade.)

What a touching dedication! What do you guys appreciate about your parents? Let us (and them) know in the comments!

Also read: This Dad Is So Sweet, He Surprised His 3 Daughters with Flowers on Valentine’s Day! 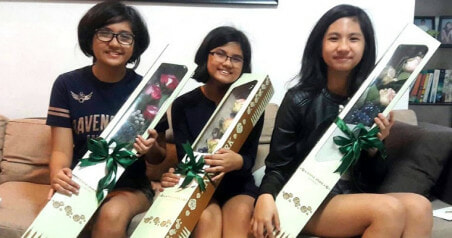