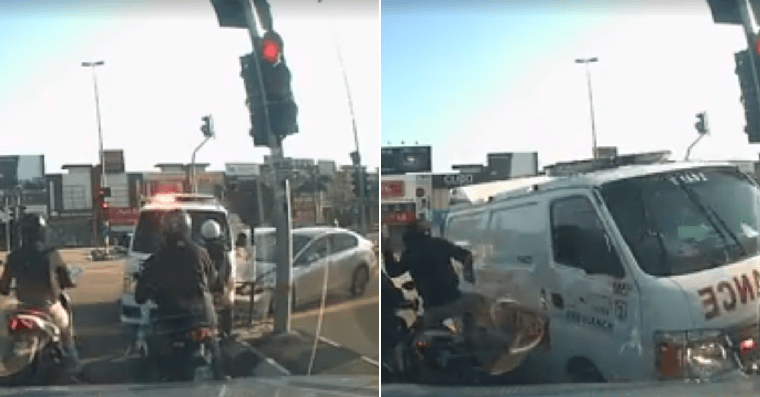 Emergency vehicles such as ambulances and fire engines can often be seen on the highways as they rush around to carry out important tasks like saving lives and helping people in trouble. We always give way to them even when we are stuck in a traffic jam because even a little delay can cause dire consequences. You don’t want to be the bad guy, right? 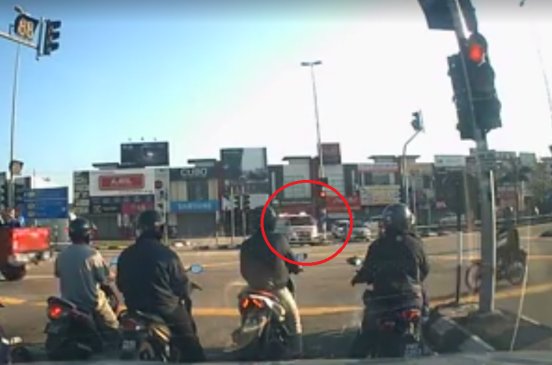 However, this private ambulance that was on its way to answer a call in Simpang Ampat, Penang needed some help themselves when they were unfortunately involved in an accident at around 8.15am on August 9. A video of the incident went viral on social media and depicted the ambulance running through the red lights at a junction on Jalan Song Ban Keng-Pusat Perniagaan Gemilang.

They had turned on their flashing lights and siren before preparing to cross the junction and had made it halfway before crashing into two cars. According to NST, Central Seberang Perai police chief ACP Nik Ros Azhan Nik Abdul Hamid said that a Perodua Kancil and Honda City rammed into the ambulance halfway through the crossing. 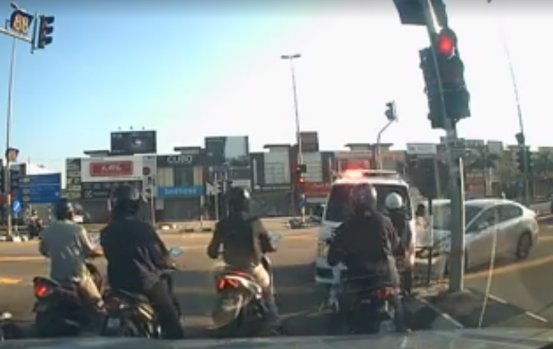 Based on the impact, the ambulance is believed to have skidded to the opposite lane where a bunch of motorcyclists and drivers were waiting for the light to turn green. To their shock, the out-of-control ambulance came careening straight for them and crashed into the waiting motorcyclists.

Luckily, the motorcyclists did not sustain heavy injuries and only three were injured. They were sent to receive outpatient treatment at the Bukit Mertajam Hospital while the 40-year-old ambulance driver was unhurt. The ambulance was not carrying any patients at that time. Phew, luckily! 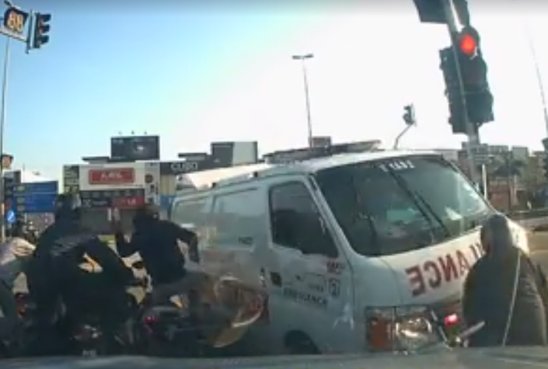 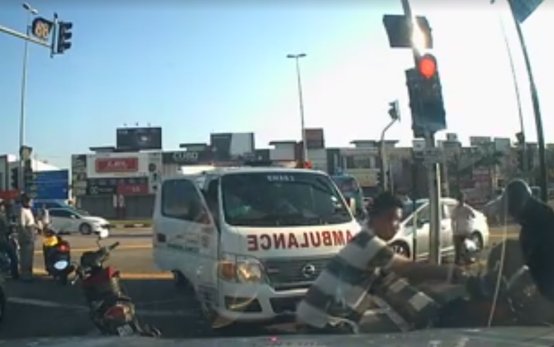 The police said that they have received reports from the one of the cars and motorcyclists but the ambulance driver and injured motorcyclist had still not come forward to make a report.

Although we try to be careful and stay alert on the roads at all times, sometimes accidents will still happen! Stay safe, people! 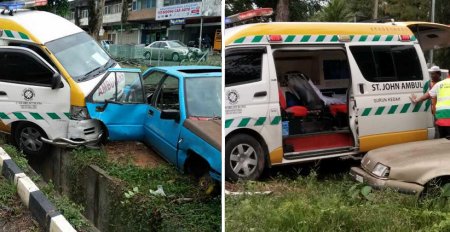