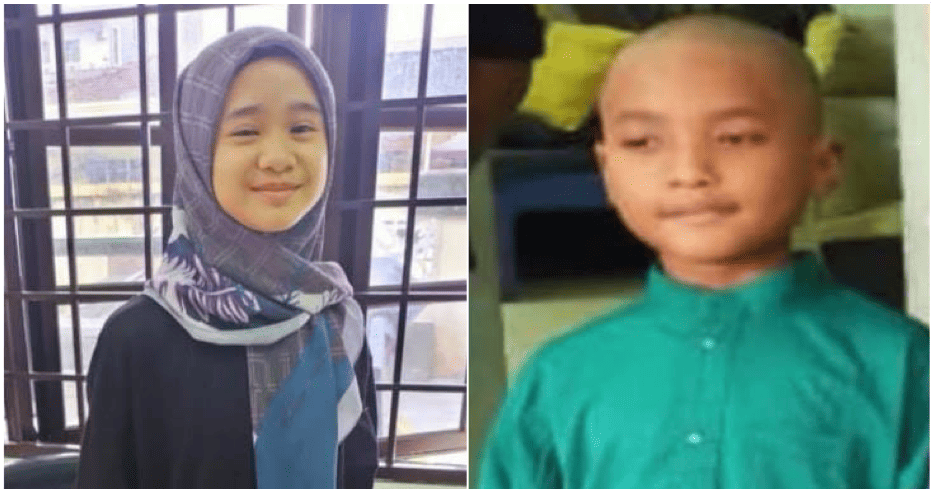 The Royal Malaysian Police (PDRM) has released a search warrant to locate two children who are reported missing in Gombak, Selangor. The police were alerted by the disappearance of Fatimah Azzahrah Bte Abdullah and Adam Daniel Bin Abdullah on September 30, at 22.07 pm. Both of them were last seen at Rumah Bakti Darussalam near here. 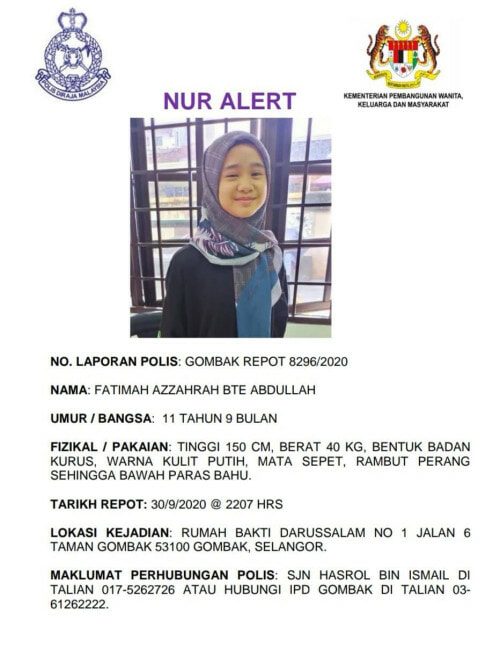 11-year-old Fatimah Azzahrah is described as having a height of about 150 centimetres, weighs 40 kilograms, has fair skin and a skinny body with brown hair up to shoulder level. 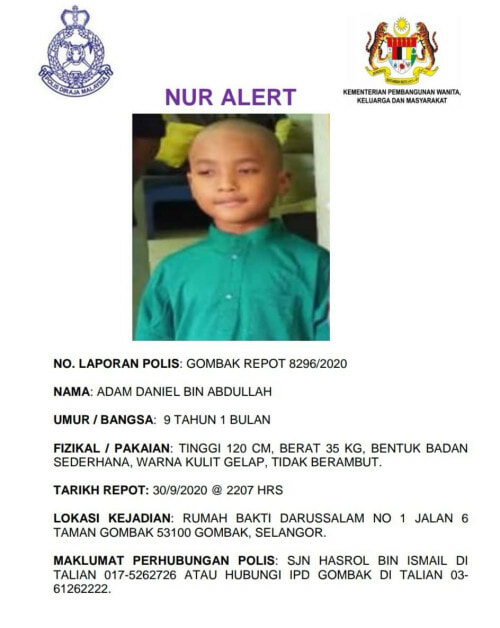 Meanwhile, her 9-year-old brother Adam Daniel is described as having a height of about 120 centimetres, weighing 35 kilograms, medium body shape, dark skin and bald.

People who have found or have information about the children are asked to contact the investigating officer, Sjn Hasrol Bin Ismail at 017-5262726 or Gombak District Police Headquarters at 03-61262222.

Hopefully, both children can be found soon.

Also read: Lost 2yo Kajang Girl Reunited With Mother, Thanks To The Police and Social Media 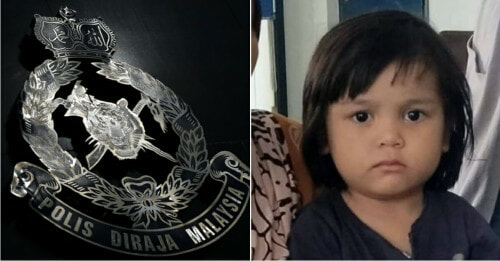