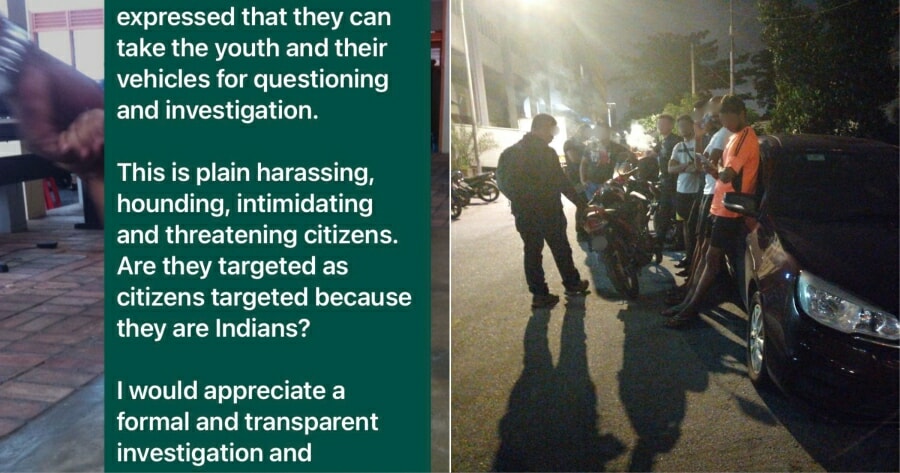 A father is alleging that the Royal Malaysia Police (PDRM) had racial profiled his son and his group of friends after they were heading to their vehicles following a meal at a KL restaurant.

Taking to his Twitter account, the father, Dominic Damian JAN 1513, shared screenshots of messages he had sent to Inspector-General of Police Tan Sri Acryl Sani Abdullah Sani recounting the incident. 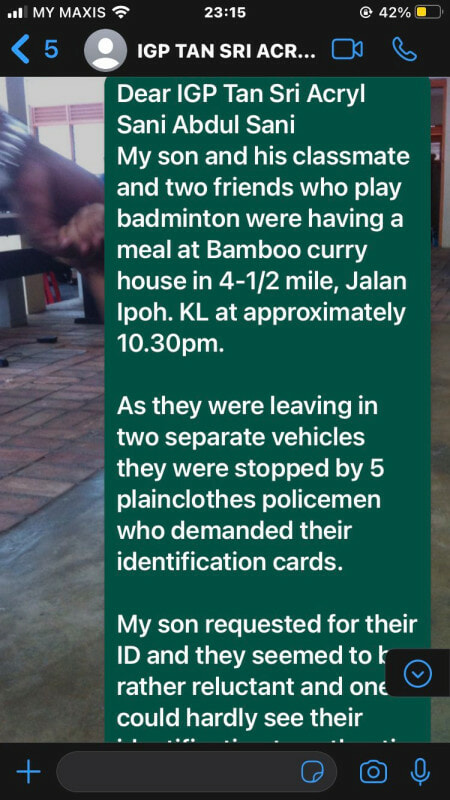 According to the messages, the group of 4 boys had finished their meal at an Indian restaurant in Jalan Ipoh and were walking to their cars when 5 alleged officers in plain clothes approached them and demanded to see their identification cards (ICs).

“My son requested for their IDs and they seemed to be rather reluctant and one could hardly see their identification to authenticate that they were actually police officers,” he wrote, adding that the police officers clarified that their jurisdiction comes under Jinjang, which in turns is under the jurisdiction of the Sentul police. 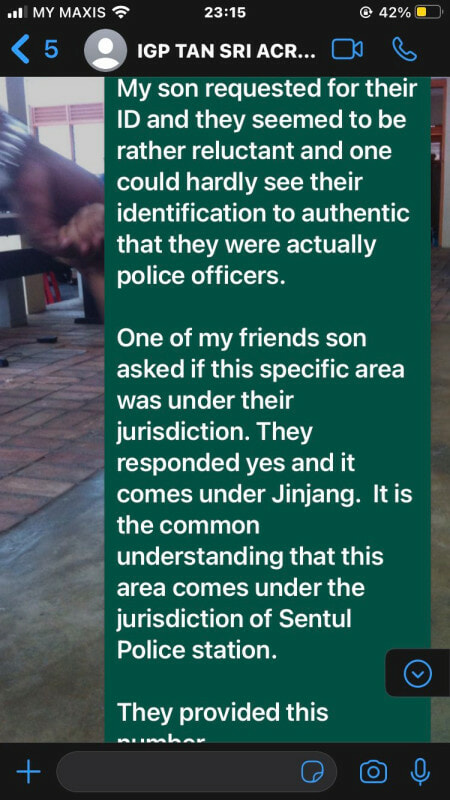 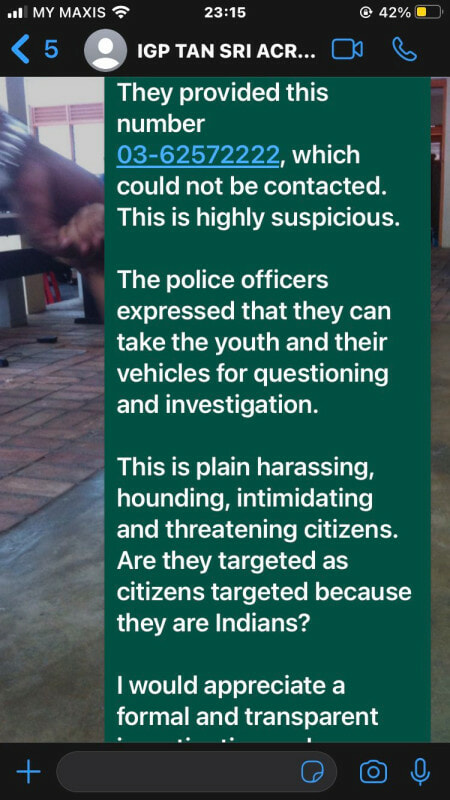 The officers then provided them with a phone number which couldn’t be contacted and allegedly harassed the boys.

“The police officers expressed that they can take the youths and their vehicles for questioning and investigation. This is plain harassment, hounding, intimidating and threatening the citizens. Are they targeted as citizens or are they targeted because they are Indians?” he asked Tan Sri Acryl Sani. 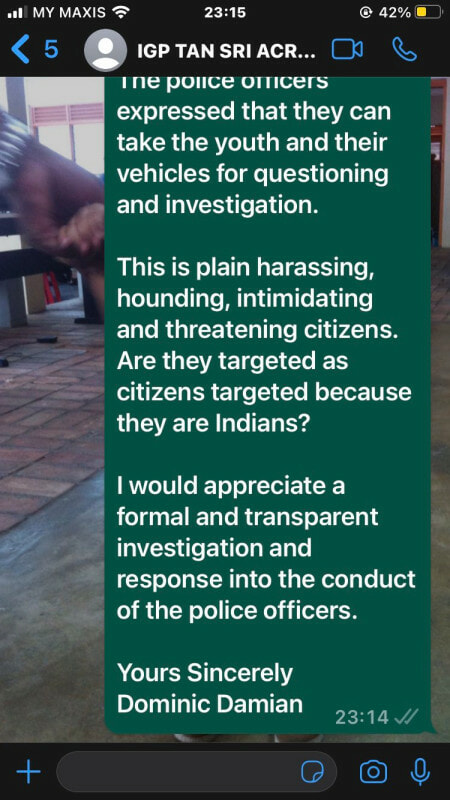 He also requested that the Inspector-General conduct a formal and transparent investigation and response into the officers.

“The result of the investigation conducted found that on December 3, 2022, at around 10:30pm, as many as 5 First Response Team (RFT) police officers from the Jinjang police station while carrying out crime prevention patrol saw 4 Indian males in a state of suspicion by the side of the road,” 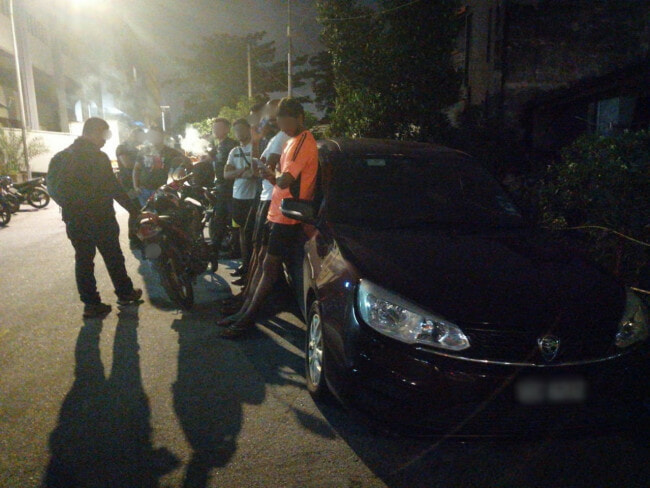 Additionally, he shared that one of the boys had asked the officers to speak to his lawyer to verification and the officers had explained why they were conducting the checks.

ACP Beh Eng Lai explained that the boys were released after the officers checks were completed and they had found nothing wrong, and that these checks on ‘individuals or vehicles that are suspicious’ are among the main duties of police officers.

Though we do have to question, as mentioned by ACP Beh Eng Lai, the boys allegedly quickly gotten into their cars when they ‘saw the police officers’. But, the officers were in plain clothes so how would the boys know that they’re the police? Maybe they were just scared that they were going to get robbed. After all, Malaysian streets aren’t exactly safe.

What do you guys think? Were they racially profiled or were the officers just conducting their jobs? 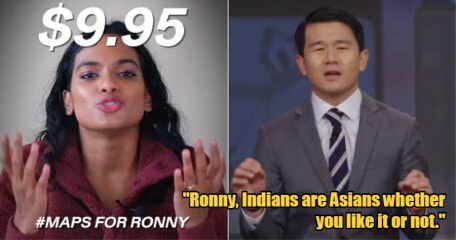