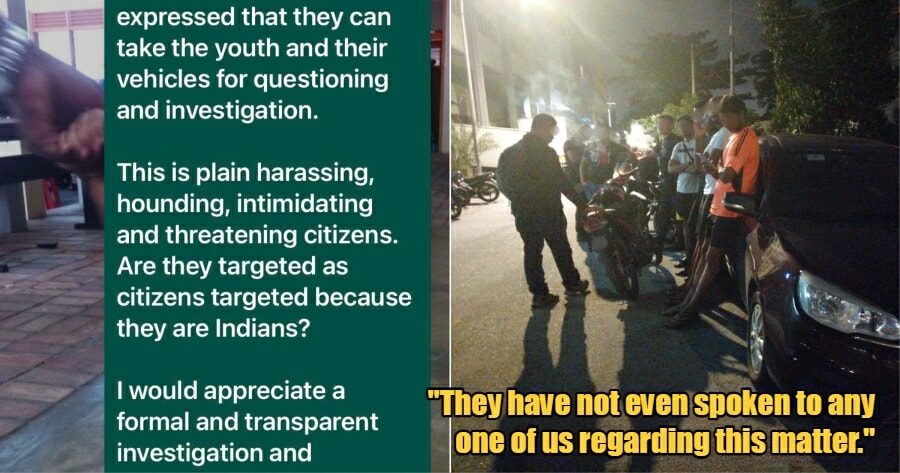 So, following the earlier story (PART 1) about a group of Indian boys who were allegedly racially profiled by plain clothed police officers, the father of one of the boys have since responded to the statement released by Sentul District Police Chief ACP Beh Eng Lai, which contradicts what the father says had happened.

Just to recap, the father had accused the officers of racially profiling his son and his friends when they were walking to their cars after having a meal at a KL restaurant on December 3 (Saturday), 10:30pm. ACP Beh Eng Lai’s statement, on the other hand, shared that the boys were stopped by the officers as they looked ‘suspicious’ and had quickly entered their cars upon noticing the police’s arrival.

The father, Dominic Damian JAN 1513, has since taken to his Twitter account to call out the police for allegedly lying in their statement about what took place that night.

He dissection of the statement is as follows:

“PDRM should not be stooping so low and tendering an inaccurate narrative of an account, let alone stopping innocent citizens. If one makes a mistake, one apologises. Incidentally, photos of their Identity Cards were taken, may I know what is the purpose of that?”

“They have not even spoken to any one of us regarding this matter. It is worrying.”

Additionally, he then shared this disappointment with how PDRM apparently conduct themselves

“I personally find the method of surveillance and investigation to be totally unprofessional. PDRM should not display such insecurity and defend an action if it is inadequate, inappropriate and incompetent,”

“We are pointing out an obvious improvement that is required, if PDRM does not have a grievance remedial mechanism in place, they ought to set one up to ensure justice. We only request that PDRM’s police officers display conduct that beholdens them to the title implication of being officers of His Majesty the King. Citizens should not need to fear police officers who are public servants, they should earn our confidence,” he ended.

Also read: M’sia Has One Of The Highest Number Of Indians In SEA & M’sians Believe They Should Be Thankful 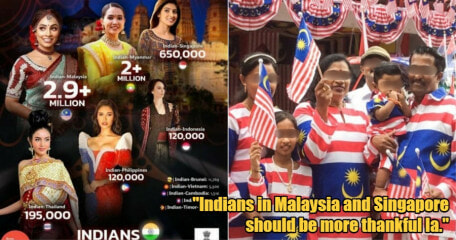