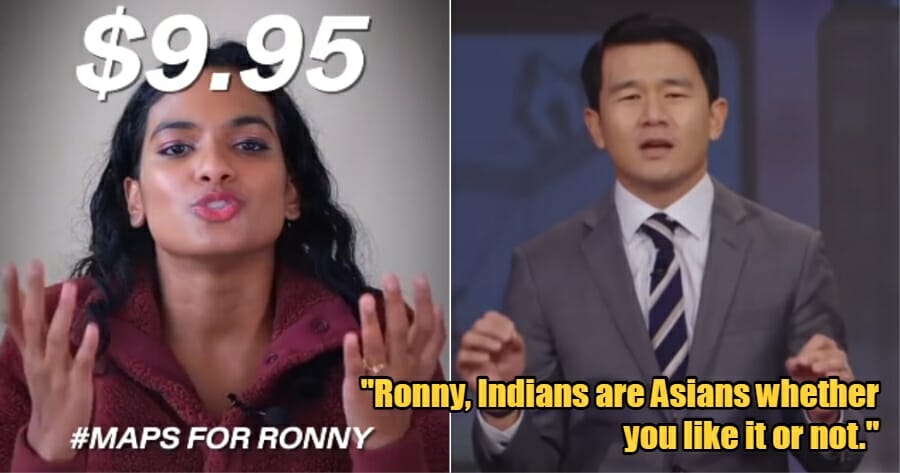 A simple Google search of the meaning of the word ‘Asian’ will tell you that it relates to Asia or its people, customs or languages. ‘Asian’ can also be used to refer to someone native to Asia or of Asian descent.

Hence, why is it still so difficult for people to accept that Indians are Asian? After all, isn’t India in Asia?

Malaysian-Chinese comedian Ronny Chieng, who is based in the US, is now being called out by Indian-American comedian, Abby Govindan for saying that Indians aren’t Asian on one of his segments on Comedy Central’s The Daily Show. 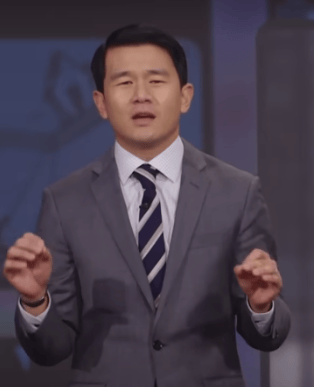 Taking to her Twitter page to share a video of herself stating her opinion on the matter, she wrote, “Hey Ronny Chieng, my producers and I are huge fans of yours so we were a little disappointed when you said Indians aren’t Asian. That’s OK though, we’re rallying the troops around a cause we really care about, #MapsforRonny.”

Before we get into her video, let us first explain to you what Ronny had said to start this up. 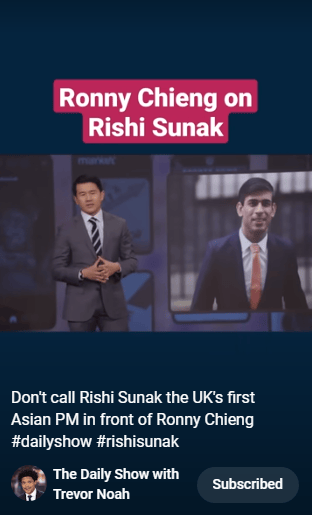 Then while pointing at an image of Rishi Sunak, he added, “Answer me this, if this guy is Asian, how come when he became Prime Minister (of the UK) I felt absolutely nothing? I mean, when I was down at Dim Sum Palace this morning, me and the fellas weren’t like ‘Oh sh*t, that’s me up there. I feel seen‘.”

He went on to share that he feels Indians should ‘pick a lane’ instead of wanting things both ways, to be seen as both Asian and Indians.

With that being said, the Indian-American comedian called him out for not knowing simple geography.

“He lambasted people for calling Rishi Sunak the UK’s first Asian Prime Minister by saying that Indian people should stop wanting to be Asian so bad. India is a part of Asia if by no other measure by the fact that India has endured a lot of war and bloodshed and colonisation, just like the rest of Asia,” she said.

What makes this sadder is the fact that she was a fan of Ronny. 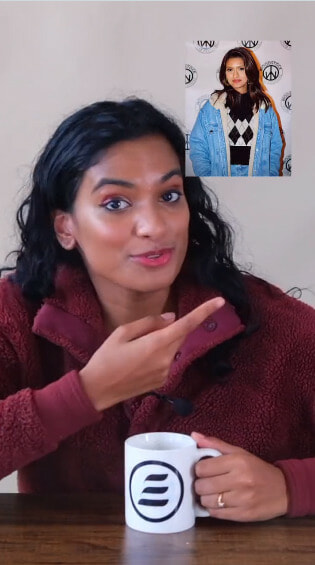 “Hey Ronny, I’m a long time viewer of The Daily Show and a huge fan of your work. You’re one of the people who inspired me, an Asian creator, sorry I know you hate me using that word, to pursue comedy,”

“One thing I know about you as a fan of yours is that you’re Malaysian Chinese and grew up in Singapore. Look, my producer is Malaysian Indian, kind of like you. And she also grew up in Singapore, sounds familiar? Is she any less Asian than you just because her skin is darker than yours?”

“How is it that despite Asia’s long history of exclusion based on racial discrimination and colourism, particularly in issue in Ronny’s home countries of Malaysia and Singapore, are there still so many Asians who are unaware of basic geography?”

She concluded her own question with a simple answer, that the reason Asians don’t consider Indians are fellow Asians because they don’t have MAPS to see that India is in Asia. 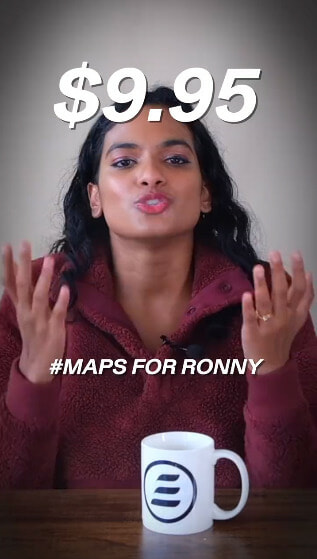 “Ronny, Indians are Asians whether you like it or not. And even though you don’t mean to, you contributed to a narrative that is pervasive in Asia to this day. Police brutality among Malaysian Indians is higher than any other ethnic group and Singaporean Indians regularly face discrimination when applying for jobs and housing,”

hey @ronnychieng my producers and I are huge fans of yours so we were a little disappointed when you said Indians aren’t Asian. That’s ok though, we’re rallying the troops around a cause we really care about #MapsforRonny pic.twitter.com/WgmK1PR6R5

And while it is understandable that The Daily Show is a program of satire, that satire still shouldn’t hurt an already ridiculously marginalised group of people.

Also read: M’sia Has One Of The Highest Number Of Indians In SEA & M’sians Believe They Should Be Thankful 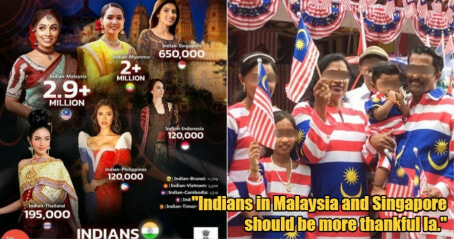