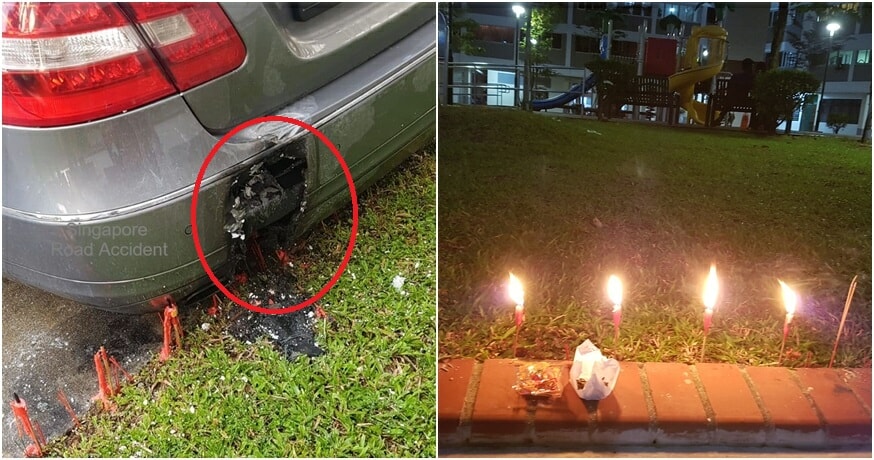 Come sometime this year every year, the Chinese diaspora around Southeast Asia will collectively celebrate what is known as the Hungry Ghost Festival, or 中元節. Taking place on the 15th night of the seventh month annually in the Chinese calendar, this marks the moment when the gates of both Heaven and Hell are open and the spirits of the deceased are allowed to roam into the world of the living once more. 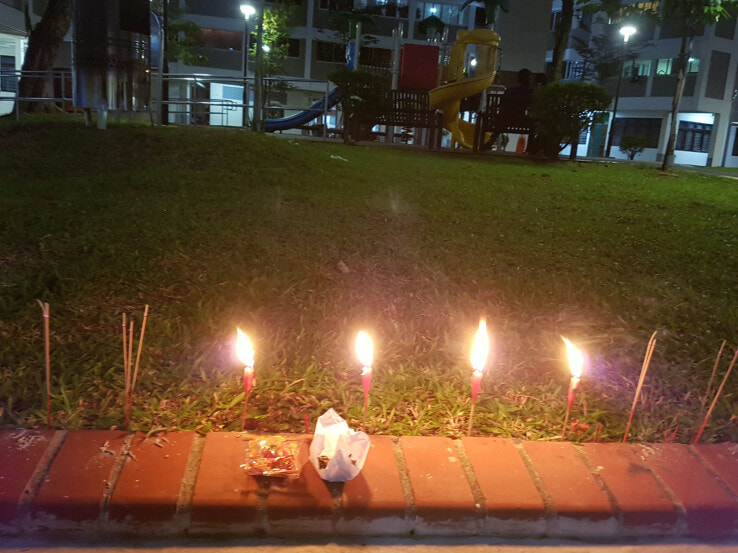 It is also during this month where many Chinese devotees who follow along the traditions of this festival will be known to set up small offerings by the roadside, in a bid to provide ‘sustenance’ to wandering spirits who may be nearby. These usually consist of traditional Chinese buns or cakes, as well as joss-sticks and lit candles.

And therein lies the risk of placing lit candles by sidewalks and curbs; they could be potential fire hazards, as this burnt bumper of a Mercedes-Benz E250 goes to show.

Look out where you park / burn

Parked along a spot located close to a curb in Singapore, the owner of the silver luxury sedan probably didn’t anticipate to have a part of his car’s plastic bumper to be singed black. So much so that the mighty flame of a candle offering managed to burn right through the plastic, leaving a gaping hole in it.

As it is believed that whatever you burn as an offering during the month of the Hungry Ghost Festival will be received by the deceased in the afterlife, the incident has sparked (pun not intended) much amusement among netizens. So, whose lucky gong gong or por por is going to get one part of a plastic bumper?

But it is worth remembering that these offerings can result in a potential fire hazard, especially if left too close to patches of grass or indeed, curbs where cars are often seen parked.

Now someone will have to burn the rest of a paper car for ah gong. Aiyo.

Also read: 13 Things That Are Totally Taboo During the Hungry Ghost Festival