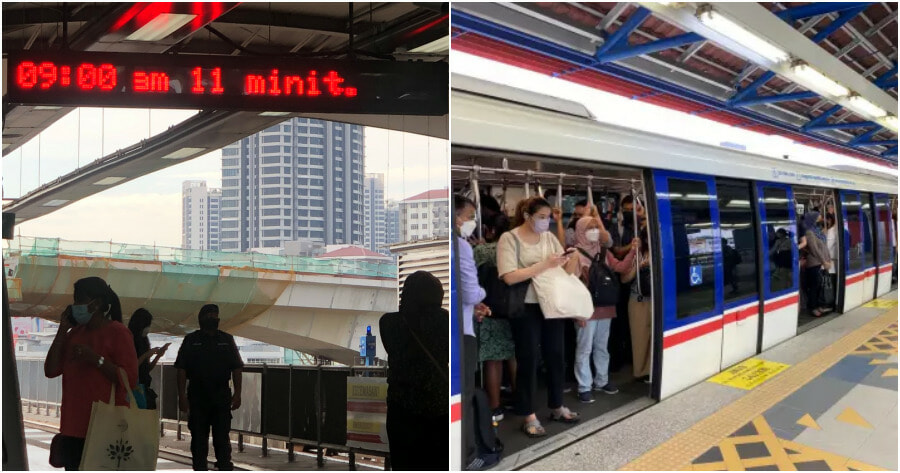 If you’re a frequent LRT passenger, you’d be familiar with the usual 3-5 minutes frequency for each train during rush hours.

Although this does not sound too bad, it is made worse when the trains that do come end up being filled with the brim with people which means that you’d have to let a few trains pass before you finally get one that is not as full for you to squeeze into.

Recently, a Malaysian took to Twitter to complain about the frequency of LRT trains she faced at 9:00am. In a picture which she snapped and shared on Twitter, @ohhliyaaaa shared that she had to wait 11 minutes for a train. 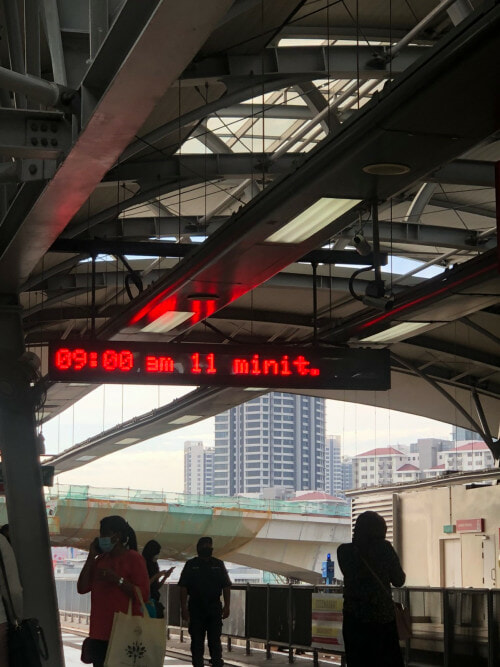 She also tagged RapidKL’s official account in her post who merely responded by asking her which station it happened at, despite the fact that the name of the station is clearly visible in the picture.

Others called on RapidKL to do better

The tweet has gone viral and captured the attention of netizens who were quick to condemn RapidKL for the frequency of trains.

“It’s getting worse. Same goes to the MRT. Before the pandemic it was 3 minutes, now it’s up to 10 mins. Do they think that we are all stuck at home like during the MCO?”

“After waiting for 11 mins, the oncoming train would be filled to the brim. The cycle continues,” said another user.

A netizen commented, “Give up people. It’s nothing new. They should have their staff analyse it and do proactive work (instead) of waiting for a complaint.”

Meanwhile, other users made comparisons to the public transportation system of other countries.

“In Japan, the station manager would apologise to the passengers if the public transport is late for even 1 minute. Because it disrupts the daily routines of passengers,” said a user.

Another compared it to the the metro station in Kyiv, Ukraine, which had around the same intervals despite the war it had been previously been through with Russia.

What do you think about this? Have you personally experienced this?

Also read: “A lot of them do this” – RapidKL Bus Drivers Accused of Not Actually Working & Slacking Off 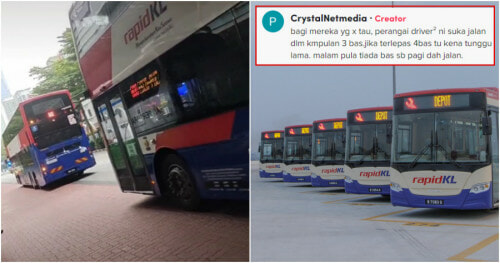