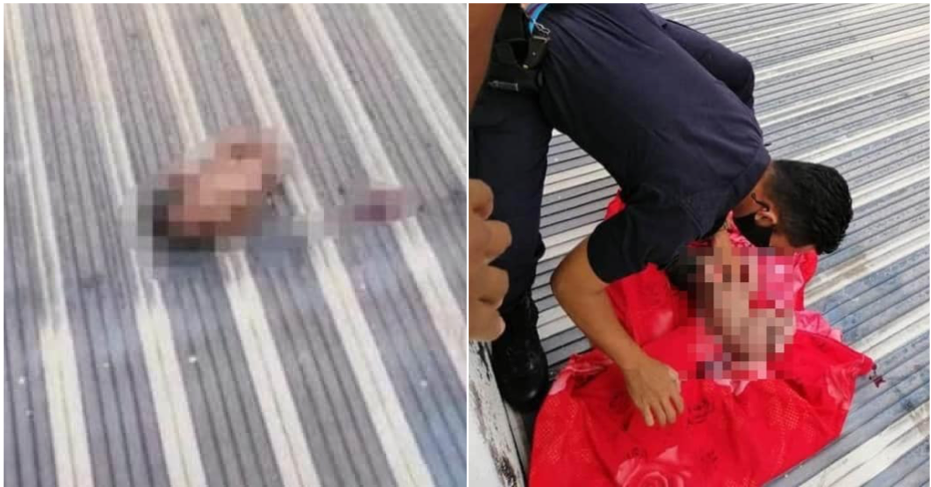 This is why sex education is important. It is not only about how to have sex but also all the responsibilities that come before and after it.

A newborn baby boy was found alive on the roof of a house in Taman Seri Dermawan, Bercham on Saturday (18 July). The healthy baby is believed to have been born less than 24 hours before being found by the public. Perak Criminal Investigation Department chief, Senior Assistant Commissioner Anuar Othman said the police received preliminary information from the public at about 12.35 pm. He said, as reported by Sinar Harian,

“Police received a call from the public informing that there was a baby with the umbilical cord still intact believed be thrown on the roof of the house. Preliminary action was taken by contacting the medical team and the baby was successfully rescued and taken for treatment at the Raja Permaisuri Bainun Hospital (HRPB) Ipoh.” The police also explained that following the discovery, a 16-year old girl was brought to the same hospital as she was also found covered in blood by the family. Further investigation is currently being done to decide the future of the baby as well as the parents. We know sex is such a taboo subject. However, it is time to actually go deep in the topic to ensure everyone is well informed of the ramifications of sex. From STDs to teenage pregnancy, the younger generation needs to learn anything and everything about sex. To be informed is better than going into something without any knowledge what so ever.