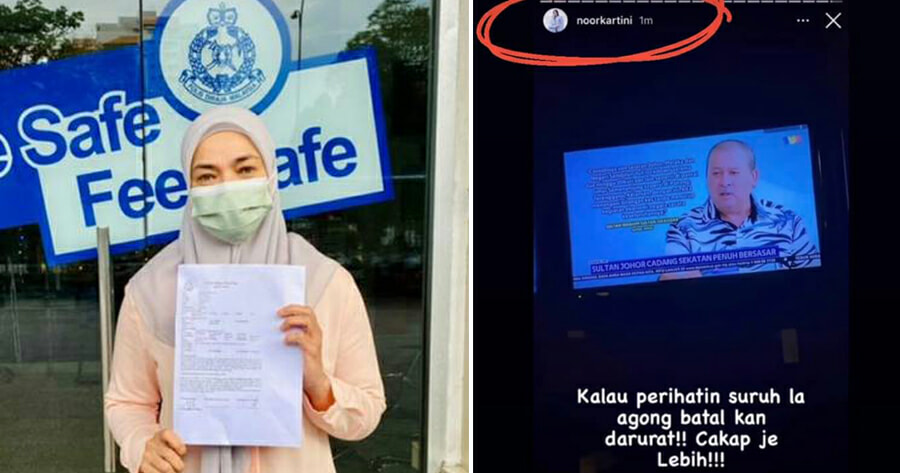 Neelofa’s mother, Datin Noor Kartini Noor Mohamed made a police report after claiming that one of her employees accidentally used her Instagram account to upload an image criticising the Sultan of Johor, Sultan Ibrahim Sultan Iskandar.

The Instagram story, which was quickly deleted, shows the Sultan of Johor on the news addressing concerns regarding the total lockdown. The story was captioned, “If you’re concerned, tell him to cancel the emergency! Talk so much.”

According to Astro Awani, netizens were unhappy about the way the caption was written and started spreading screenshots of the story on social media. It eventually caught the attention of Tunku Idris (the Sultan of Johor’s son), who posted about it on his Instagram saying, “Is it true that all her family members are like this?”

On Sunday evening (30 May), Noor Kartini uploaded a statement on her Instagram account to clarify the matter.

“I have never given permission or authority to any admin to issue political statements and posts on my Instagram account. Especially for insulting or provoking the Institution of the Malay Rulers,” the statement said.

“I have lodged a police report at the Taman Tun Dr Ismail Police Station regarding this matter and will cooperate fully.”

“To the Johor state palace, especially DYMM Tuanku Sultan of Johor and all members of the royal family, I would like to apologise for this inconvenience.” 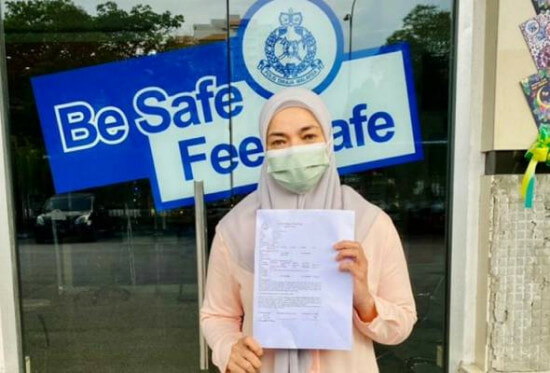 She claims that the individual involved was a social media manager at Noor Khan International Sdn Bhd, who accidentally uploaded an IG story without realising that it was the @noorkartini account.

Noor Kartini also uploaded the conversation between her and the individual involved.

In the WhatsApp conversation, the individual showed Noor Kartini the screenshot that she took and said, “The original posting is from this person, I screenshotted for myself, when I deleted the posting there were 0 views.”

Noor Kartini replied, “It doesn’t matter who posted it, but the problem is that it’s my IG account. People don’t wanna listen to other people’s story. Now I have to face this.”

The individual then apologised to Noor Kartini.

“Yes Datin, I’m sorry. I have no intention of troubling you or your family. I will clear this matter and accept whatever decision you make. I also understand that this is not a small matter. I will not take lightly anything regarding the Institution of the King.” 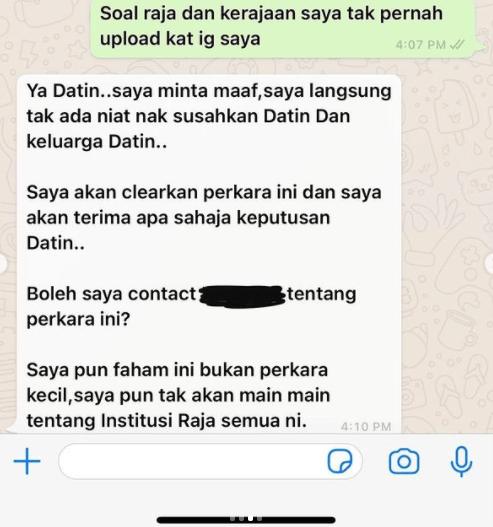 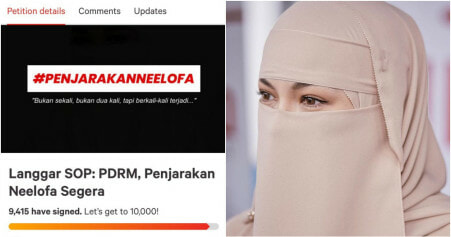