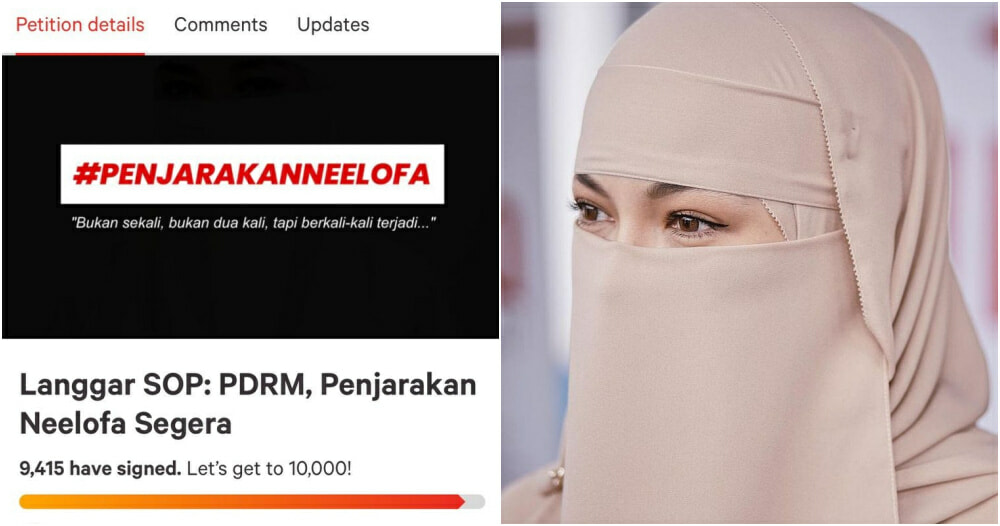 The people have spoken…

Malaysians have had enough of the Malaysian actress and TV host, Neelofa,  the list of SOP violations she has allegedly gotten away with. Recently, a petition for a movement called: “#PenjarakanNeelofa” has been trending online. 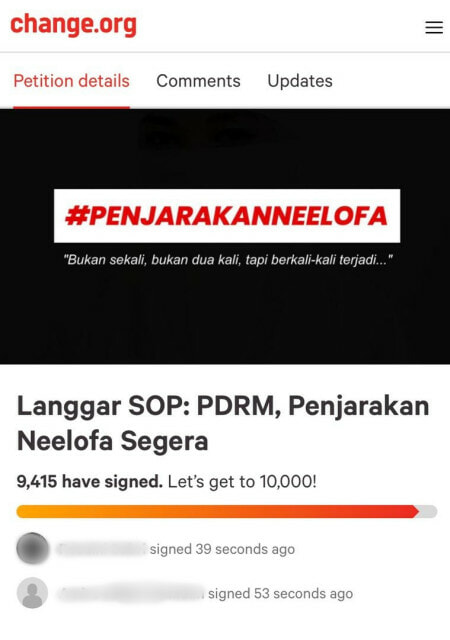 In the description section, the individual explained that it is time for authorities to take action on the celebrity entrepreneur after she and her family violated SOPs several times but these wrongdoings were taken lightly. 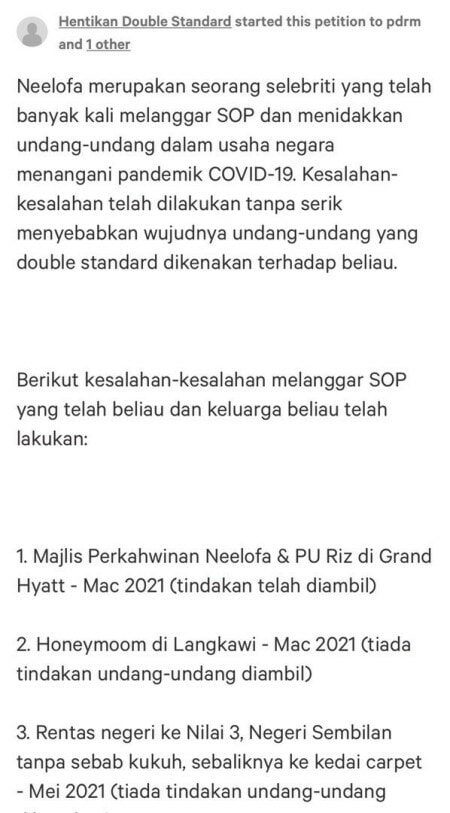 Here’s what the description read:

“Neelofa is a celebrity who has repeatedly violated the SOPs and defied the law in the country’s efforts to tackle the Covid-19 pandemic. The offences were committed without any fear which shows the existence of a double standard law imposed on her.

Here are the SOP violations that she and her family have committed:

3. Crossing the state to Nilai 3, Negeri Sembilan without a solid reason, instead went to a carpet shop – May 2021 (no legal was action taken)

4. Neelofa and all family members gathered at home during Aidilfitri – May 2021 (violated SOP Aidilfitri, no legal action was taken) 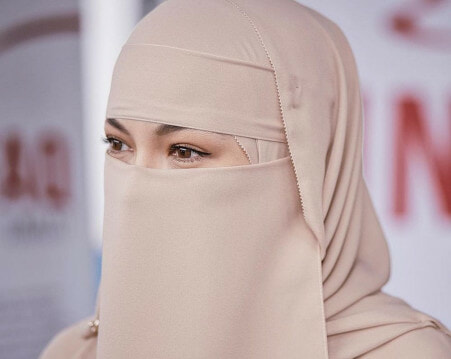 Based on these repeated offenses, we urge the government of Malaysia & the Royal Malaysian Police (PDRM) for Neelofa to be immediately imprisoned without compromise as a clear message to the Government not to apply double standard laws to VVIPs & dignitaries!”

Neelofa pleads not guilty at court

Despite the petition’s claims that legal action was not taken, this morning (20 May), Neelofa and her husband PU Riz were brought to the Seremban Magistrate’s Court where they pleaded not guilty to violating SOP’s during the Conditional Movement Control Order (CMCO). 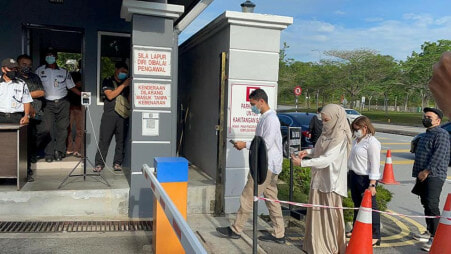 Nonetheless, the petition to imprison Neelofa is still gaining momentum.

Over 10,000 people have signed the petition!

In less than 24-hours, thousand’s have participated in this movement by signing the petition on change.org’s website. So far, at the time of writing, over 15,000 people have signed the petition.

Angry netizens took to the comment section expressing their thoughts: 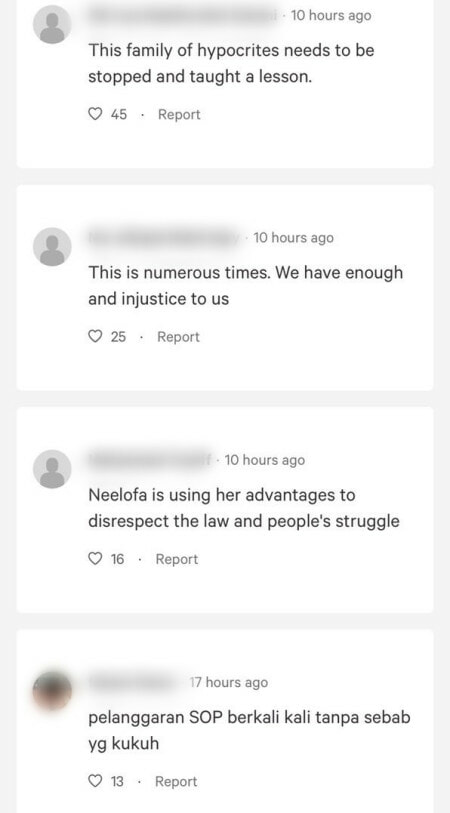 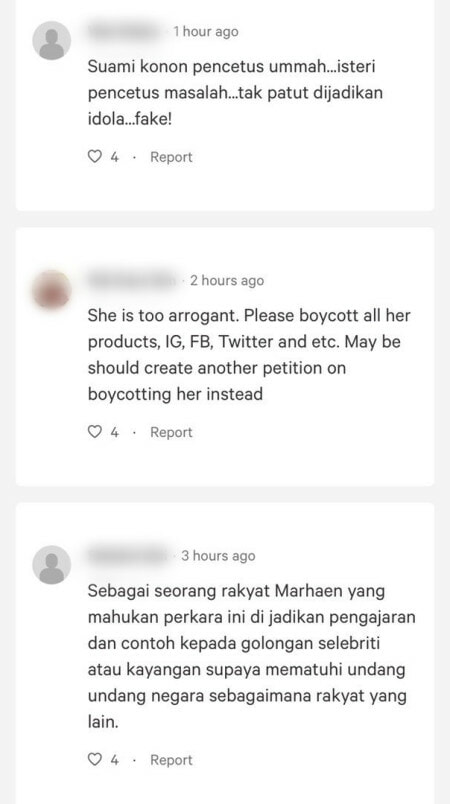 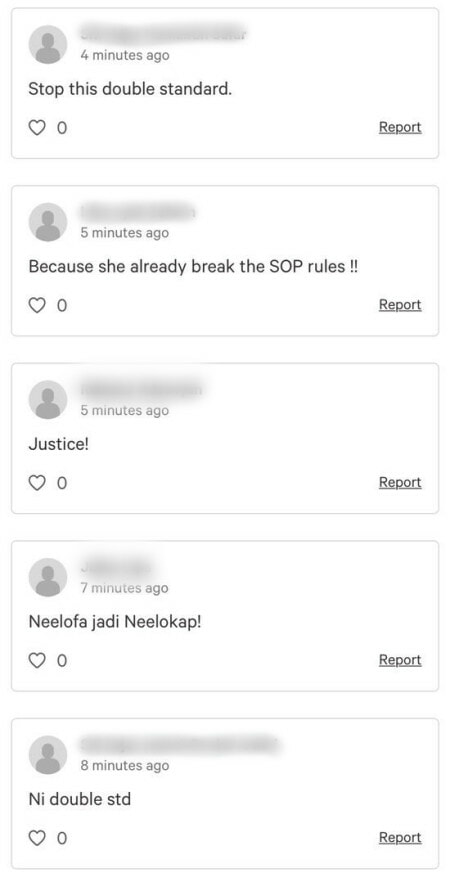 What are your thoughts on this movement? Let us know in the comment section below! 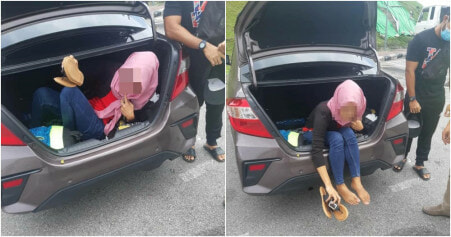