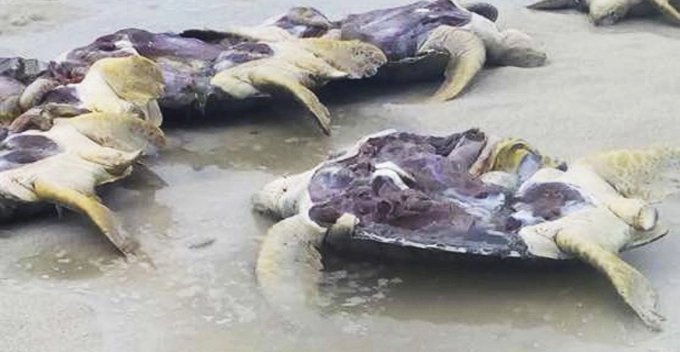 Malaysia is home to four species of sea turtles, all of which are listed as endangered due to the effects of pollution, littering, and of course, poaching.

Many people don’t realise how important these animals are to our planet. They help maintain the health of sea grass beds, which are often breeding grounds for a variety of aquatic life. Their eggs also help fertilise the sand in beaches, which prevent erosion from occurring and provide the perfect place for plants to thrive.

So, the fact that turtle poaching is still a rampant thing in Malaysia, despite the negative consequences, is an alarming issue. Just recently, a case involving 100 slaughtered sea turtles in Sabah, which led to the arrest of one fisherman, caused nationwide outrage because of the sheer amount of endangered animals that senselessly lost their lives. Why does this keep happening?!

Well, we did some research and found some of the possible reasons. Time to educate ourselves!

1. Turtle eggs are still being openly sold in markets in Malaysia 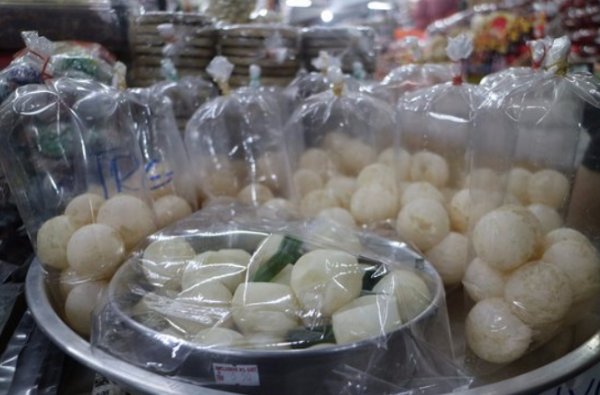 According to a study by the World Wildlife Fund (WWF), it was discovered that turtle eggs are still on display at local markets, especially in states like Terengganu, where turtle egg consumption was found to be most rampant.

More specifically, 91% of these eggs can be found in the state’s famous Pasar Payang market, where turtle eggs are sold in bags. It was also found that one of the main reasons these people eat turtle eggs is for nutritional purposes, since most people believe they work as aphrodisiacs (to increase libido).

This is definitely an alarming issue that’s happening, especially when there are quite a number of turtle sanctuaries in this country!

So, why does this happen? Why are turtle eggs being sold so out in the open at alarming rates?

2. There seems to be a high demand for turtle eggs and meat

In the most recent case of the 100 slaughtered turtles in Sabah, local authorities are investigating claims that sea turtles are being killed for their “exotic” meat, to meet the demand from tourists. 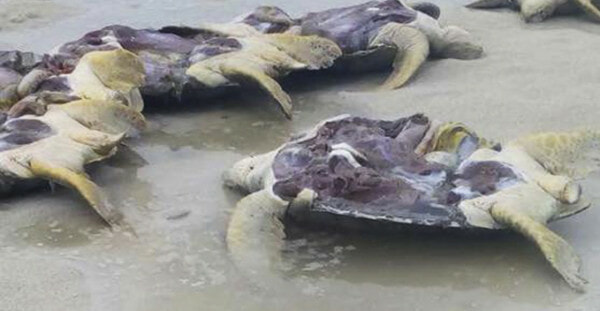 “There could be illegal supply of exotic meats and we are trying to look into the allegations. There are even allegations that say with the influx of tourists, there has also been an increase in the number of turtles and wildlife killed,” Tourism, Culture and Environment Minister Datuk Seri Panglima Masidi stated in a public announcement, according to the Borneo Post.

Although the WWF report focused on local consumption of turtle eggs, some statistics were undoubtedly worrying. One of the study’s findings indicated the market demand for these eggs exceeded the supply. In 2007, 422,000 eggs were estimated to have been traded just in Terengganu, which is reportedly double the amount of green turtles in the state!

How did things get so bad? What are the authorities doing about this?

3. There are no uniform laws on the turtle egg and meat trade in Malaysia 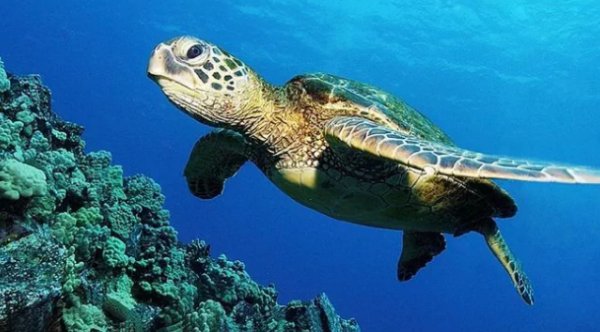 Well, according to experts, it appears that laws were inadequate and inconsistent across the states, which in turn, fail to provide adequate protection for these endangered species, and it’s very evident in West Malaysia.

“There is no uniformity of laws on turtles in Malaysia, which creates loopholes in the enforcement of laws,” said a WWF Malaysia project team leader, according to the New Straits Times.

“In the peninsula, comprehensive banning of turtle egg possession and trade for all species has yet to be enacted, and thus, continues to be a huge problem for enforcement.”

Some of these laws also fail to protect the beaches where these turtles frequently nest, to prevent poachers from easily accessing them.

So, those are some of the unsettling facts about the illegal turtle trade in Malaysia. It’s absolutely disgusting to know that this is happening in our very own country! To an endangered animal too!

Although the facts may be disturbing, it’s necessary for us to be conscious citizens so we can think of more concrete solutions to protect these endangered animals. After all, this planet is their home too! 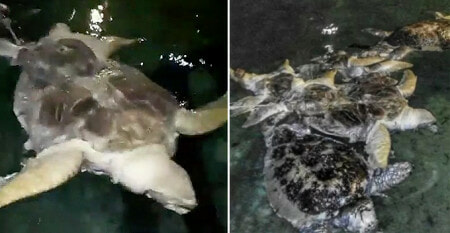