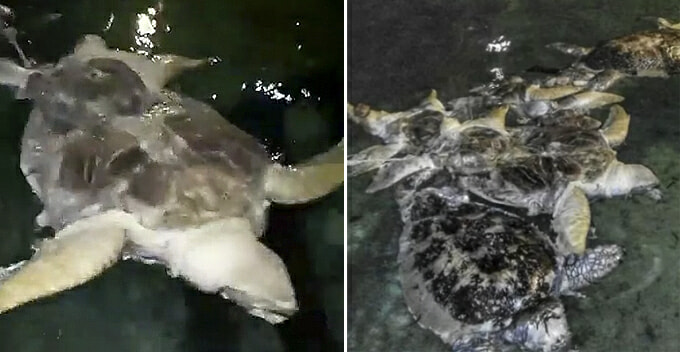 Several days ago, at least 10 turtle carcasses were found lying on the beach of Pulau Bum Bum in Sabah. 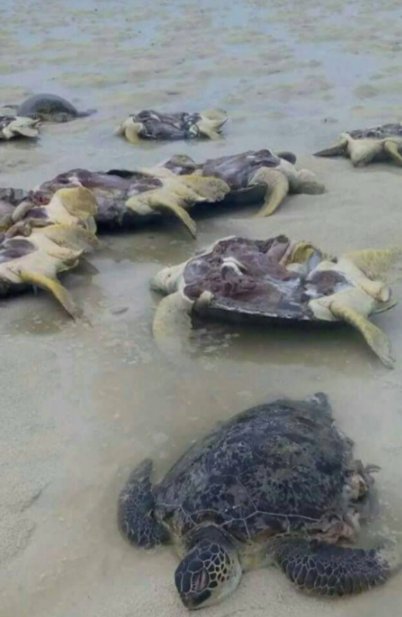 Just when Malaysians are still getting over this horrifying incident, another seven carcasses were unfortunately found. Seriously, what’s wrong with these people?

On Sunday night, a tourist alerted a group of islanders on Pulau Mabul, Sabah following the carcasses discovery. One of the islanders who goes by Joe Starzz on Facebook went live at the scene. 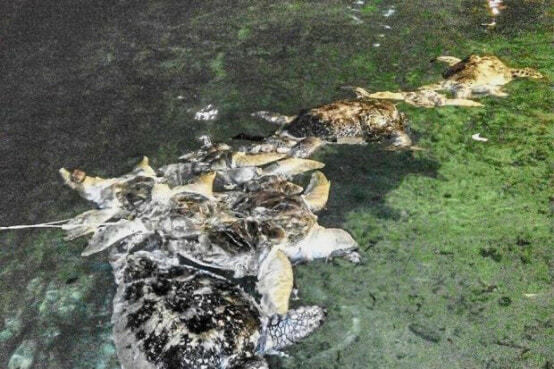 The disheartening footage showed that a few dead turtles were tied together and floating on the Mabul waters. Apparently the poor reptiles have been gutted, and the rotten flesh was emitting a foul odour.

Based on the conversation between the islanders, the turtles were stuck to the pillar of Billabong Scuba Homestay’s jetty. Seven of them were found and another one was spotted drifting away.

“We are trying to bring these carcasses away from the island so they will not get stuck at the stilt houses and resorts on Mabul. We are not sure what to do with these, but we are just pulling them towards the open sea.”

“We are going to mark the area and will survey other sites to see if there are any more carcasses. The turtles were spotted by one of the tourists, who immediately informed us,” the Facebook user told his audience who watched the live video. 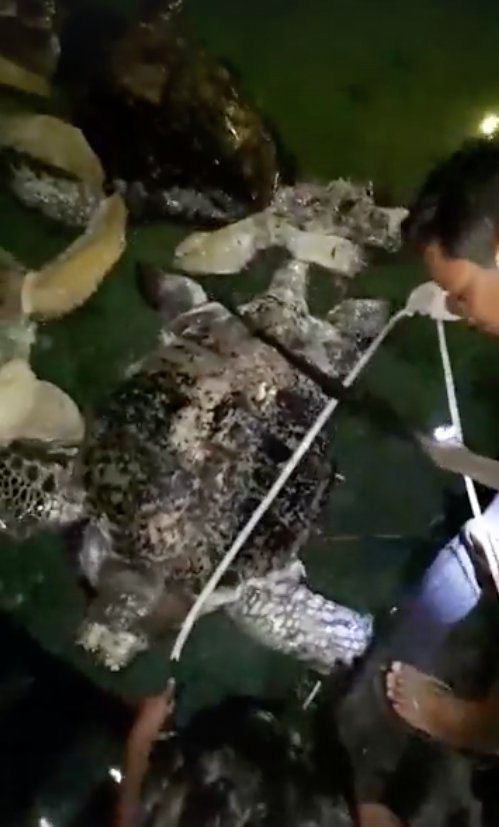 The Sabah Wildlife Department was alerted the next morning.

“We have sent a wildlife team to the island to retrieve the carcasses and conduct an investigation. I have also instructed all wildlife officers to conduct massive operations against turtle poaching,” director Augustine Tuuga said.

Responding to the case last week on Pulau Bum Bum, Augustine said that only one out of eight carcasses, was found on the beach when they got there. The others must have been washed away.

However, the rangers did find some 100 bones from the dead sea turtle carcasses hidden in the bushes near some kampung.

Preliminary investigation revealed that these innocent turtles were victims of poachers, and most probably by the Bajau Laut or Pala’u community, who are sea-roaming gypsies. Besides, they’ve been spotted nearby Pulau Bum Bum of late.

Judging from the rate of turtle poaching, the extinction of these sea turtles can very soon become a reality, unless the poachers are stopped. RIP turtles. 🙁 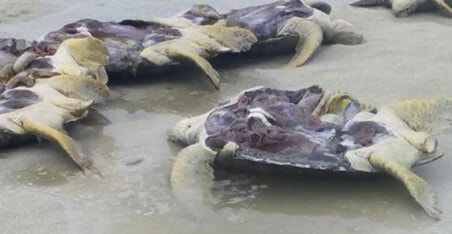