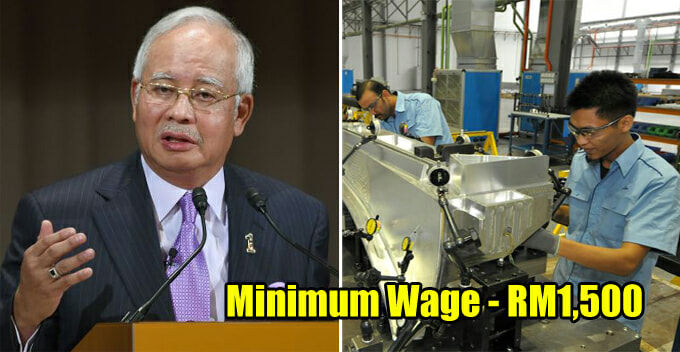 This is perhaps one of the sweetest promises from Barisan Nasional (BN) for this coming general election.

Our prime minister Dato’ Seri Najib Razak has just announced that the minimum wage for Sabah and Sarawak as well as Peninsular Malaysia will be increased to RM1,500, but there’s a catch – the people’s vote must go to BN.

“I will increase the minimum wage from RM920 and RM1,000 currently to a new rate which we will announce this year.”

“If you want the rate to be higher, then you must vote and give victory to Barisan Nasional,” Najib said during the celebration of Labour Day on 1 May. 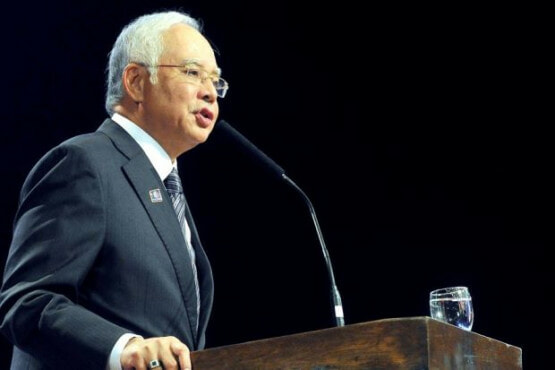 The raise is expected to commence within the next five years. Also, the Barisan chairman has pledged to allocate an extra RM60 million to the Social Security Organisation (Socso).

This additional fund will come in handy for those unfortunate workers who get laid off because instead of RM600 per month for three months, they will get RM1,000 for the first month, RM800 for the second month and RM600 for the third month. Sounds good!

The good news doesn’t stop there either, as a whopping RM200 million will be poured in to launch the Human Capital Strategic Initiative with the aim of nurturing skilled workers. Also, fathers will get to enjoy at least three days of paternity leave if BN continues to rule the country! More quality time with your family!

During his speech, Najib also criticised the opposition for all the blunders they’ve made during nomination day. “If they can’t even get the simple things right such as filling out forms, how can they govern the country?” he added.

This manifesto certainly sounds very enticing. Let’s hope they will actually be realised if BN wins the general election this year. 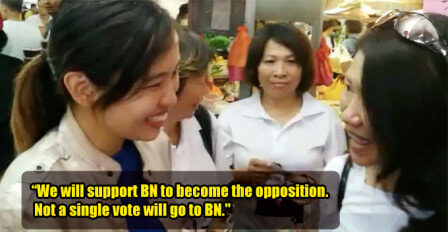