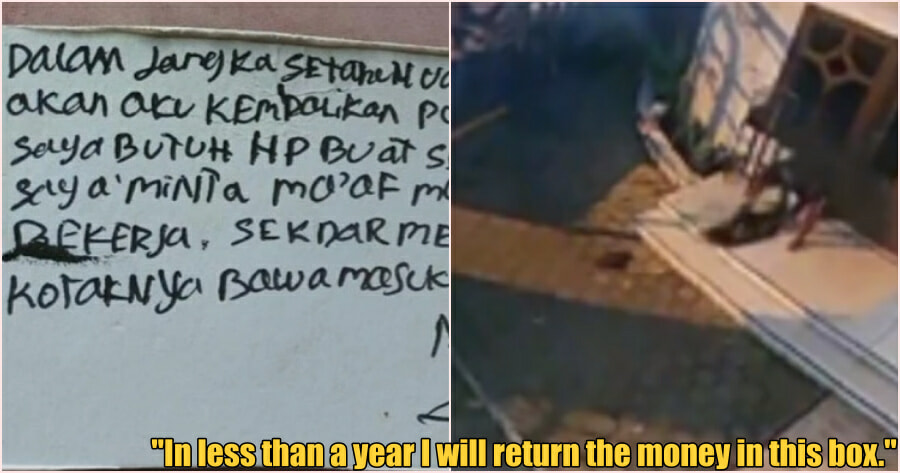 People are often forced into doing things they do not like in order to survive such as stealing. In certain cases, it is understandable whilst in some other situations, it is not.

Tribun Papua Barat recently reported on an incident involving a desperate father who stole money from a mosque donation box.

The incident took place in Indonesia where a CCTV clip of the mosque in Desa Demangan, Jepara district in Central Java, was shared on Instagram by user @shollataufiq.

It was also said that the man had left behind a note, apologising for what he had done and explaining what he needed the money for.

“In less than a year I will return the money in this box. My son needs a mobile phone for school.”

He also mentioned that he is jobless. 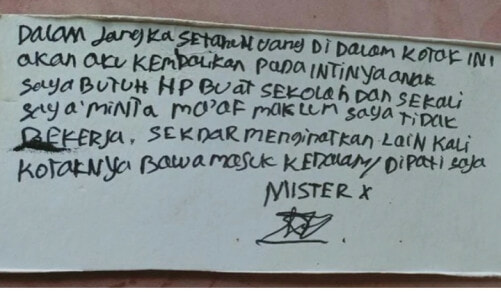 According to Jepara Head of the Criminal Investigation Unit, Assistant Commissioner of Police, M Fachrur Rozi, the mosque has declined to lodge a police report on the matter.

However, the police will complete their investigation nevertheless.

“His actions violated the law and no one knows what his real life conditions are. We don’t know his identity, nor do we know if he is a recidivist.”

“Even if he is underprivileged, the police have an obligation to help, foster and provide education for him to become a better person,” he added.

Checkout the CCTV footage and note below:

Is he in the wrong? Let us know in the comments. 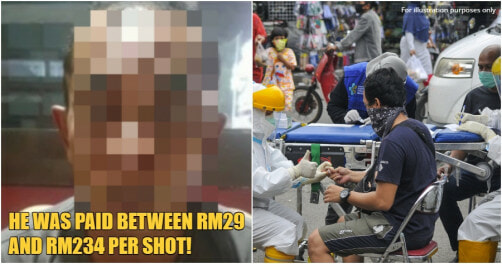