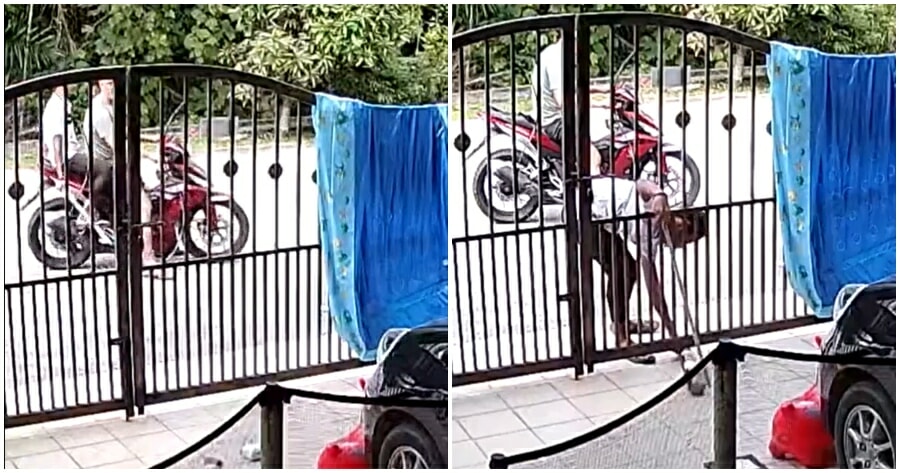 Stealing is a lazy man’s way.

Recently, a video went viral on Twitter of two men stealing other people’s delivery packages which were left in the porch of their houses. This happened in Malaysia but we are unable to locate the exact city. 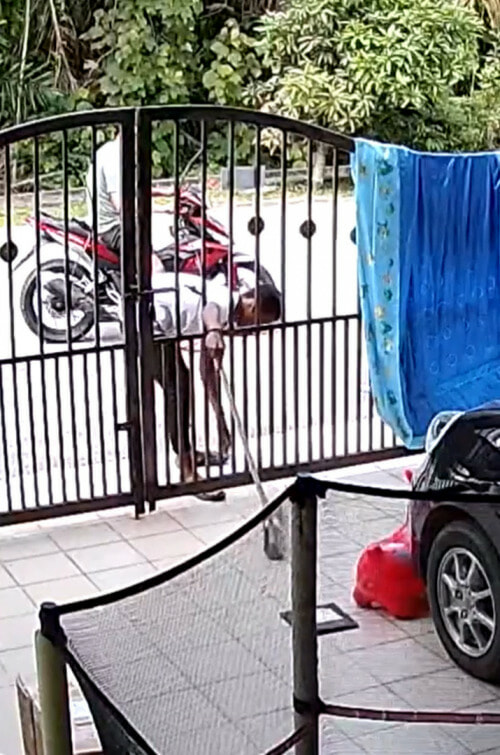 The act was caught on a home owner’s CCTV in which 2 men were seen stealing parcels. After stealing 2 out of 3 parcels laying on the floor, the two men quickly exited the scene.

However, little did they know, everything was caught on camera.

The video reposted by Twitter user, Rudy Akhbar gained quite the attention and people are furious!

“People have been waiting for their parcels, but end up in the hands of these people. Are you dumb?”

Twitter users express their anger through the comments. Anyone would be mad if this happened. 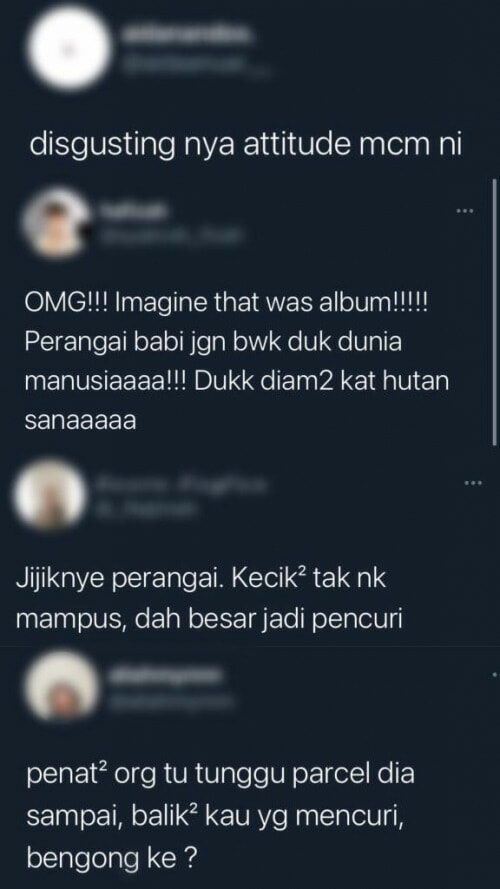 “Why would you steal someone’s belonging. If the person bought an outfit for a cat, would they be wearing it?

“Why would you even steal someone’s parcel? Does he not know light-weight parcels are usually RM5 and below? Why would you steal soap dispenser lol? Would people even want to buy it back? 😂” 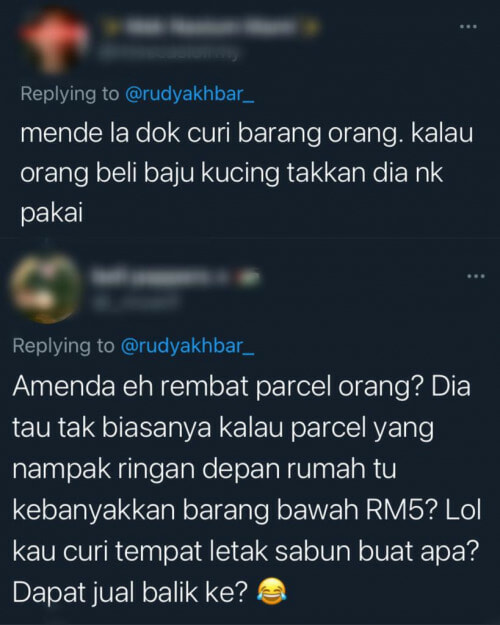 Unboxing video in the making?

Some Twitter users jokingly said how the men were going to use the parcels as content for a mystery unboxing video. 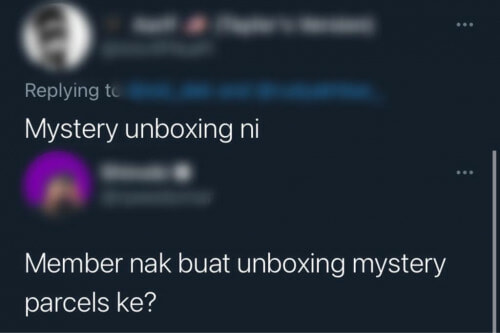 A number of Twitter users commented what the men would get if their parcels were stolen. They would be disappointed!

“If they stole my husband’s parcel, they would be disappointed. There would only be plant seeds inside 🤣”

Other users said if it was theirs, the men would get K-Pop merchandise and cat medicine. In which might be useless for them.

One user even wished the two men to steal a parcel that has a prayer mat inside. “After unboxing, they can straight away repent” said the user. 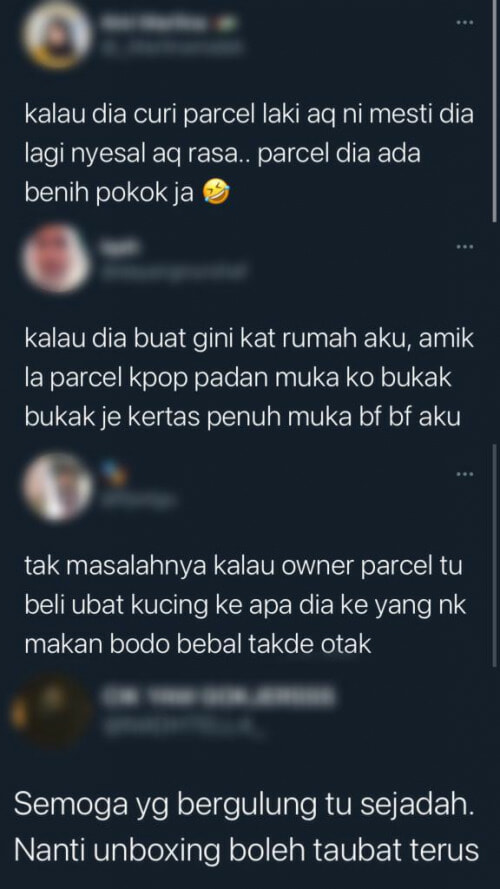 You can check out the full video here!

We hope the authorities will quickly take action on matters like this as it does not only affect the buyer, but also other people involved in process. 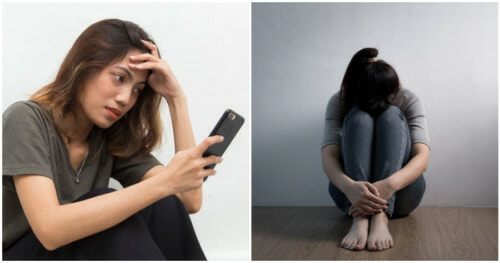