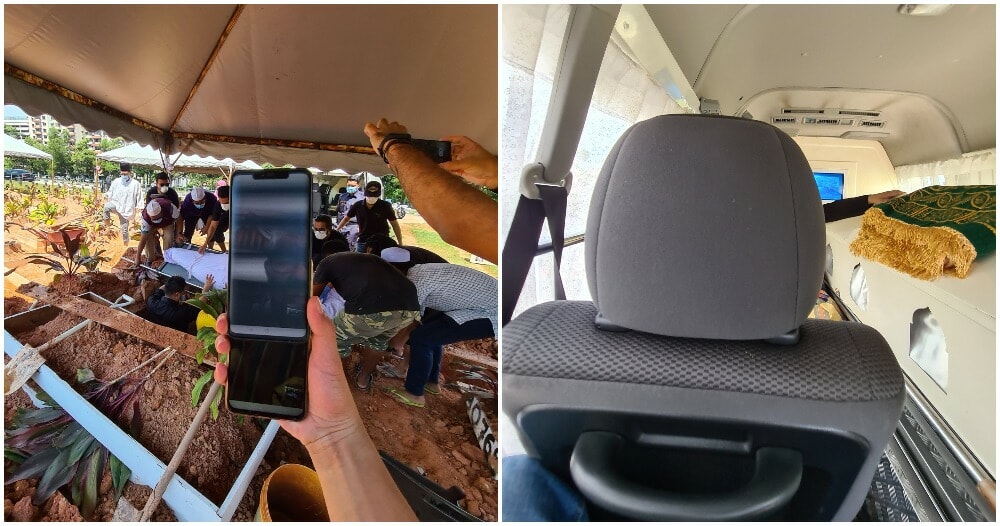 Being apart from our loved ones when they need us the most is one of the hardest things to feel. Imagine how this mother felt when her deceased son was buried and she could only watch from a phone screen.

According to a Twitter thread, Sazriman, also known as Man had taken a new job as a nurse for a man during the MCO as he didn’t want to stay at home when he could lend his expertise to patients needing home care. Man told us that he started his job on 6th April.

Man is on the far right.

The patient was a 36-year-old man who was terminally ill, his family put in a request for someone to be around him, taking care of him till he draws his last breath. In addition to that, his request was to pass on at home.

Man then went to work and he got the night shift (7pm – 7am). He was quite nervous as he didn’t know what to expect of his patient. The old caretaker proceeded to tell Man what to do and completed the pass over. On the first night, Man felt like he really bonded with his patient. They talked and the patient told Man that he was determined to fight on so that he can see his mother who is in Boston, USA.

“My mum can’t come back because there are lockdowns everywhere. I’m scared that she’ll miss the day I pass on but I will not let it happen, because I’m a fighter.”

Before Man’s shift ended, the patient told him that he did a good job and he’s looking forward to seeing him again. When he came back that night, the patient was not really energetic but he still managed to talk. As the third day progresses into night, the patient’s condition took a turn and they had to call the ambulance so that the patient can be brought to a private hospital.

The hospital they were at had no ICU rooms and they called four to five other hospitals but they all came back with the same answer. There was one other hospital which had rooms but it would have cost them RM15,000. Speaking to the mother on the phone, RM15,000 was way out of their budget, so they had to go home.

The despaired mother kept calling Man to ask for updates as she couldn’t be there with her dying son. Most of the time, she would be crying on the phone. Later on, the patient became unconscious. A few of his friends, who only got to know of his condition at that time, came to visit him individually.

Man and the patient’s younger siblings have been taking turns to take care of the unconscious man and there were already signs that he was going to pass on. When he was near death, his mother could only look at her beloved son’s face from a cellphone screen, 15 ,000 kilometres away. The patient, although near death, kept on fighting but they could see that he was suffering. So his parents said,

“Go on my child, we have already accepted it. You don’t have to fight it anymore, we’ll meet in the afterlife.”

It was not known how much time had passed, but when the patient finally took his last breath, everyone, including his mother who was on video call burst into tears. Then they followed through with the funeral processions and as the deceased was laid to rest in the ground, his parents watched through the glass screen.

Man was paid for that day too, not as a nurse or caretaker but as the person who was there for them and the person who held the phones on video call during the whole ritual.

“For those of you at home with your family, spend time with them and appreciate them. You might not know if it will be the last day you might spend together.”

The mom reached out to WORLD OF BUZZ, sharing her heartbreaking story. She said,

“I would like to share this story with those who are not fluent or do not know Bahasa Malaysia. The mother is me and it’s so heart wrenching for a mother who was not able to fulfill her dying son’s last wish during the MCO as I am in Boston, US.”

This s truly a heartbreaking tale. Thoughts and prayers go out to the deceased family and may he rest in peace. With this Covid-19 pandemic going on, we should all just stay at home to lessen the risk of contracting the virus. Please, stay home.

Also read: Bomba Officer Heartbroken As He Could Not Say Goodbye To His Father Before He Passed On 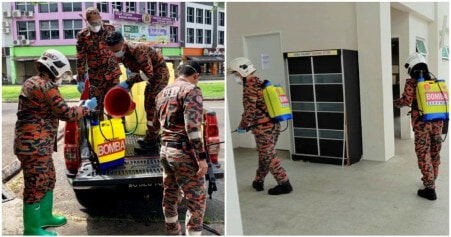