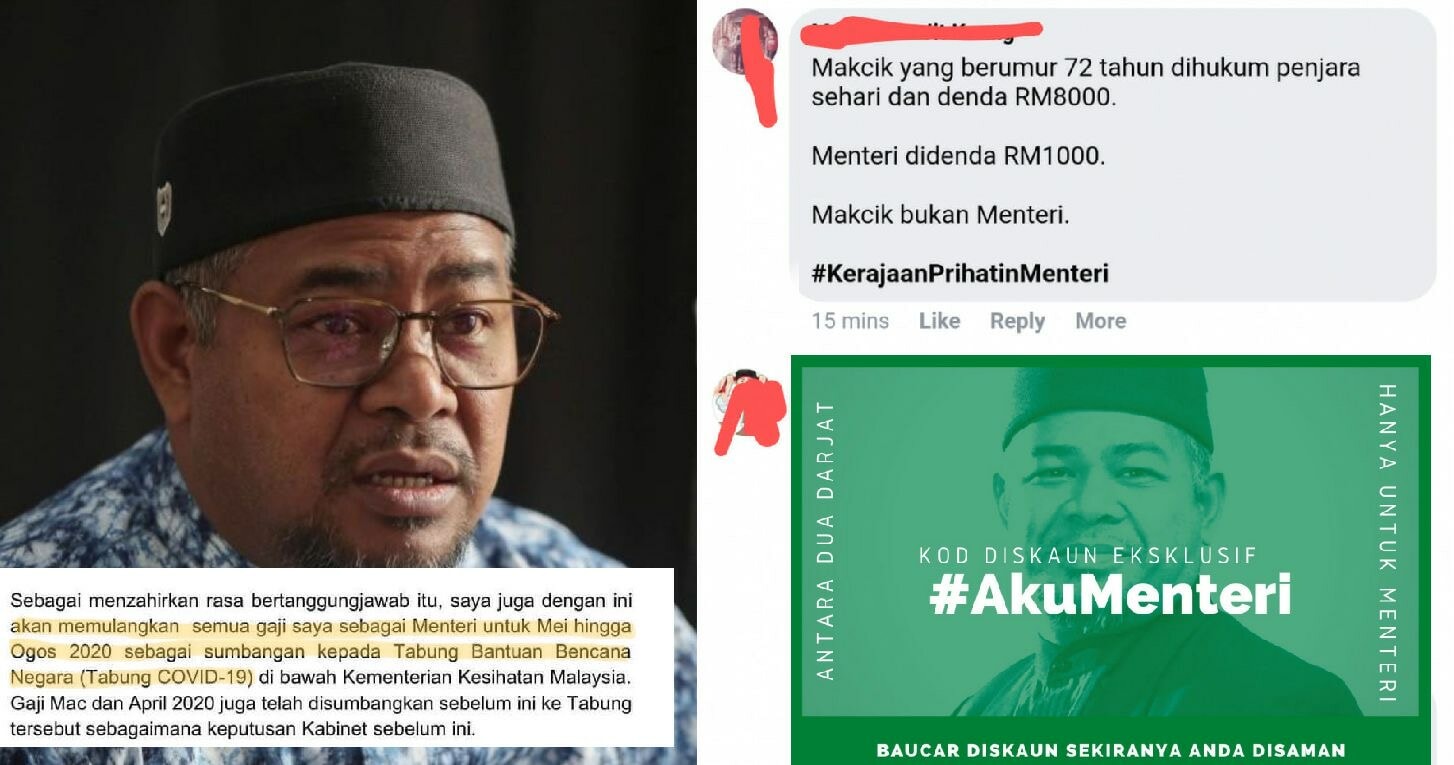 Dato’ Khairuddin has finally apologized for breaking quarantine, but most netizens are still unsatisfied about the seemingly light punishment he received!

Following immense pressure and criticism from the Malaysian public, the Minister of Plantation Industries and Commodities, Dato’ Dr Khairuddin Aman Razali issued a formal apology today. This came after the Ministry of Health (MOH) released a statement saying Khairuddin indeed broke quarantine ruling and had been fined RM1,000 on August 7.

Here is the media statement by Khairuddin apologizing for all the hullabaloo caused by his negligent act: 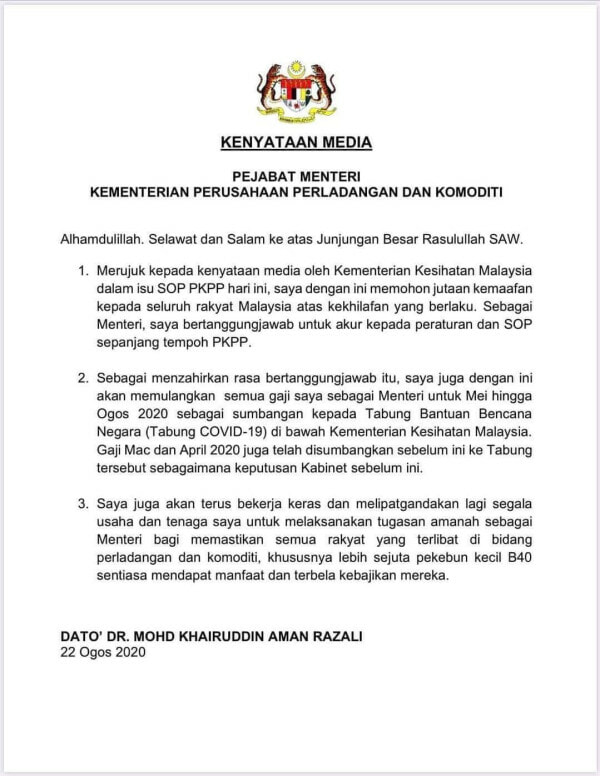 In the statement, Khairuddin said that he is seeking for ‘a million apologies’ from all Malaysians on the mistake that happened and that as a minister, he is responsible for following the rules and SOPs.

Furthermore, as a showcase of him taking responsibility, Khairuddin will be donating his salary as a minister from May to August to the Covid-19 fund. For the record, all cabinet ministers donated their March and April salaries to the same fund.

However, while some including UMNO Youth Chief Asyraf Wajdi commended Khairuddin for owning up to his mistake, the vast majority of Malaysians are unsatisfied with the light punishment given.

As of the time of writing, the word ‘Khairuddin’ is trending on Twitter and most of the tweet mentioning him view the RM1,000 punishment as unjust compared to the ones given to normal citizens for the same offence.

Furthermore, the hashtag #akumenteri is also being used by many in reference to the compound given to the Minister of Plantation Industries and Commodities. Various posters are also circulating online with the same hashtag, such as the one below: 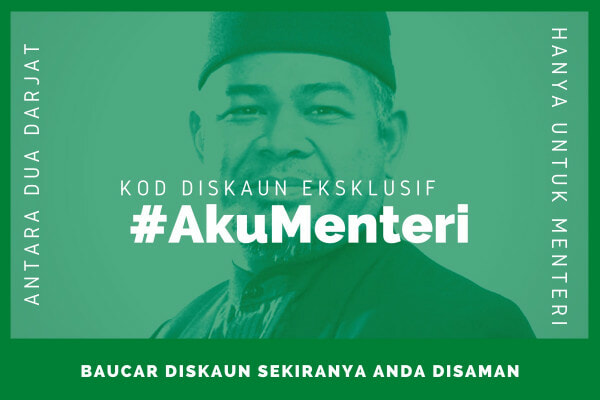 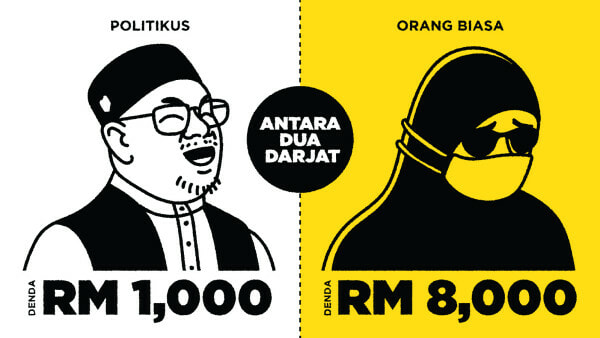 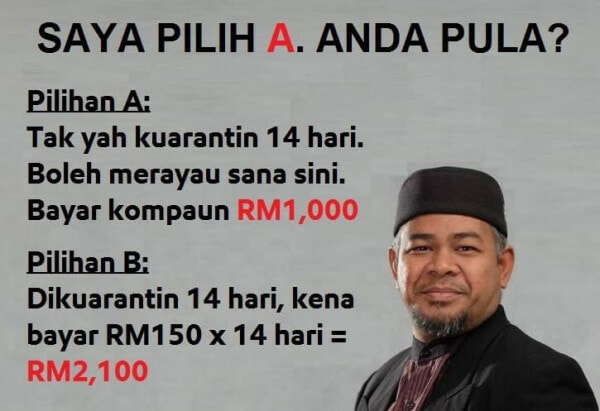 Most comments compared the compound given to Khairuddin with the ones faced by the Kedah restaurant owner and the ‘makcik gelang pink’ for the same offence which is breaching quarantine. For the record, the former was jailed 5 months and fined RM12,000 while the latter was imprisoned for a day and fined RM8,000.

Dato’ Khairuddin was compounded RM1,000 and has since paid the fine.

Netizens even flocked the comments section of the Ministry of Health’s Facebook page to vent their frustrations. Many commented with #doublestandard and questions whether there are two different set of rules for normal citizens and ministers. 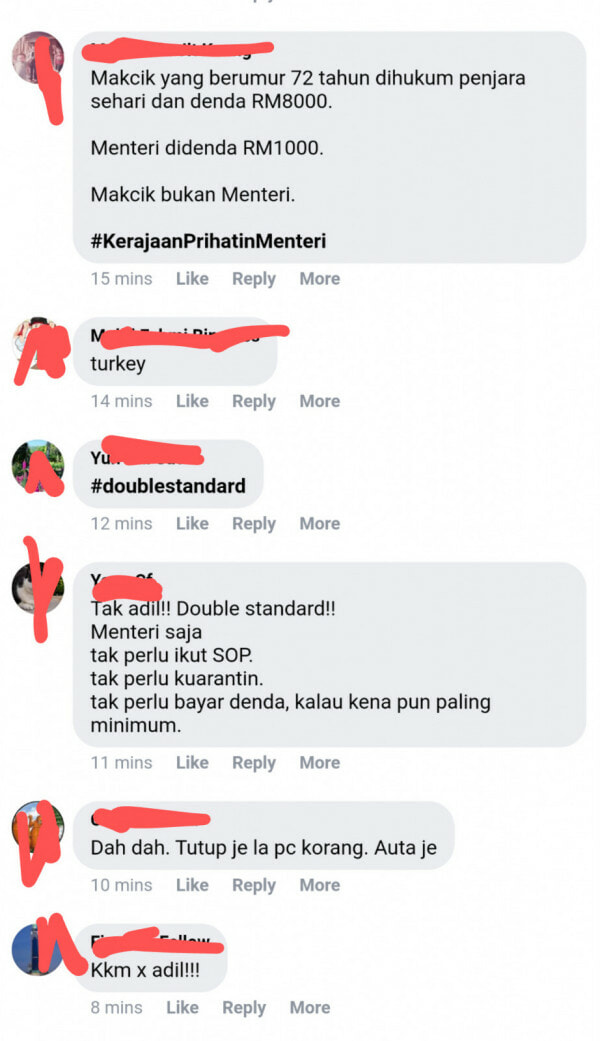 Well, we definitely understand Malaysians’ frustrations but let’s keep it civil, shall we? What do you guys think? Share your thoughts with us in the comments. 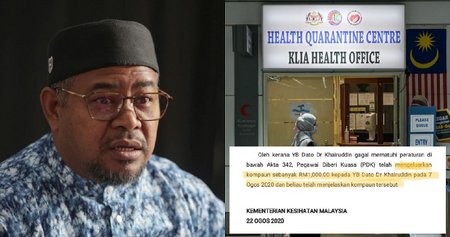