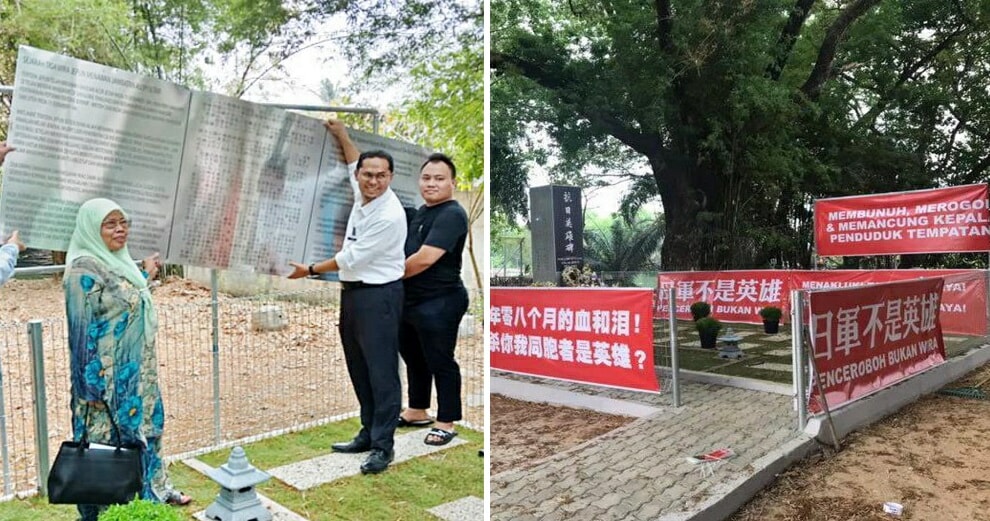 The Japanese Occupation of Malaya is one period that will forever be ingrained in our country’s history. Thousands of civilians and soldiers were subjected to torture and murder from 1941, until the Japanese surrendered to the Allied forces in 1945.

According to Malaysiakini, a monument honouring three Japanese soldiers who tried to blow up the Alor Setar Bridge to retaliate against the Allied forces during World War II, was recently set up in the compound of the Kedah State Museum. 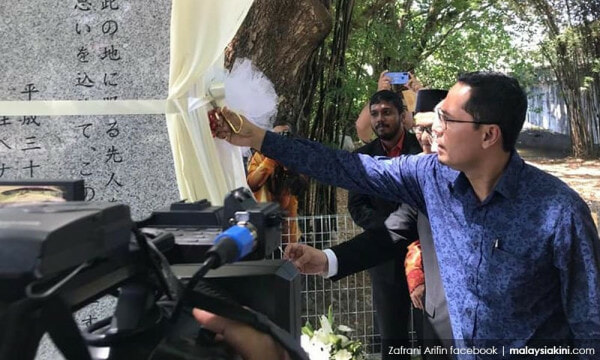 An event unveiling the monument was officiated by the State Tourism Committee chairman, Mohd Asmirul Anuar Aris. Photos of the monument along with a sign written in English, Malay, and Japanese, which hailed these three Japanese soldiers as heroes also surfaced. The sign described how these soldiers “heroically” tried to blow up the Alor Setar bridge to attack its defenders when their bomb prematurely detonated.

As photos of the sign and monument began to circulate, it garnered a lot of backlash from Malaysians, who pointed out that the monument was an insult to the country’s independence because the Japanese were invaders. According to The Star, one netizen even commented,

“My ancestors were killed by the Japanese. But I take it that the Kedah government is proud of the invaders. What an insult.”

“They were our enemies. How can we classify enemies as heroes here? It should never have been erected. The state government must rectify the mistake they made.”

Soon after that, the sign was taken down by Mohd Asmirul on Sunday (24th March). He also clarified to reporters that while he did unveil the monument, the state government did not play any role in writing the Japanese soldiers’ accounts. However, it was acknowledged that the damage was already done. 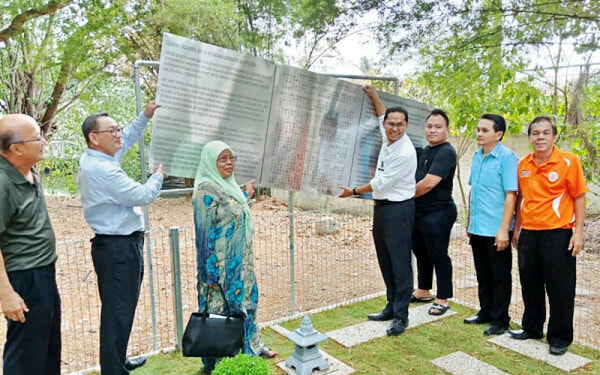 Former prime minister and Pekan MP Najib Tun Razak also criticised the monument in a Facebook post showing photos of activists from the Malaysian Chinese Association (MCA) putting up signs condemning it. Some of the signs, written in Malay and Mandarin, read, “Invaders are not heroes”, “Murdering, raping, and beheading civilians”, and “The tyranny of Japanese soldiers”.

To rectify their mistake, Mohd Asmirul was quoted by the Malay Mail as saying,

“We will put up an anti-war board. It will serve as a lesson for the future generation to stand against war and racial sentiments that could lead to war and disharmony.”

What do you think about this monument? Let us know in the comments section. 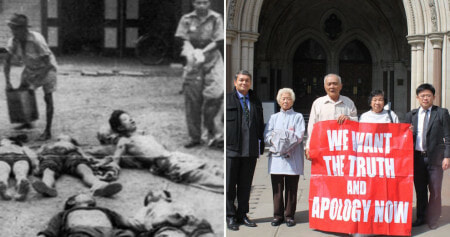