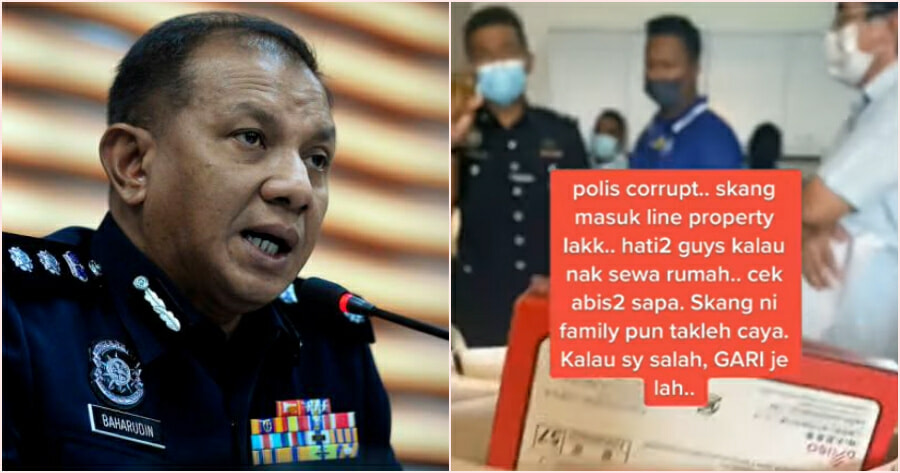 Corruption has always been considered normal in Malaysia, but now, more and more notable figures have spoken out about it and even assured that action will be taken to prevent even more corruption from occurring.

However, it must be noted that allegations of corruption is no small matter. A Malaysian woman recently found out the hard way as she is now wanted by the police after she had accused them of corruption for evicting her out of her rented home.

She had posted a video on TikTok of her interaction with the police as they entered the house to try to evict her as per the landlord’s wishes. 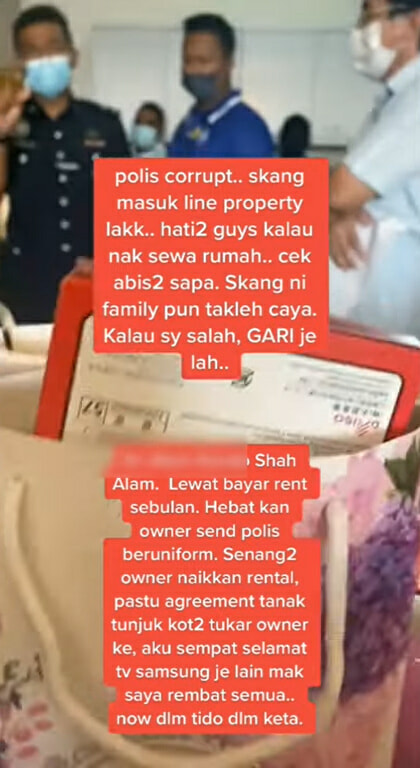 In her video, the woman warned the public to be careful when looking to rent a home and to perform background checks on the landlord before deciding on a place.

“The police are corrupt… they are now entering properties… now you can’t even trust families. If I am in the wrong then just handcuff me,” said the woman.

She explained that she had defaulted only a month in rental, and yet the owner had already sent in policemen in uniform to try to evict her.

“I only managed to save the Samsung TV, the other complainant’s mother took everything else. Now I sleep in the car.”

She also claimed that the house owner had violated the tenancy agreement by increasing the rent. 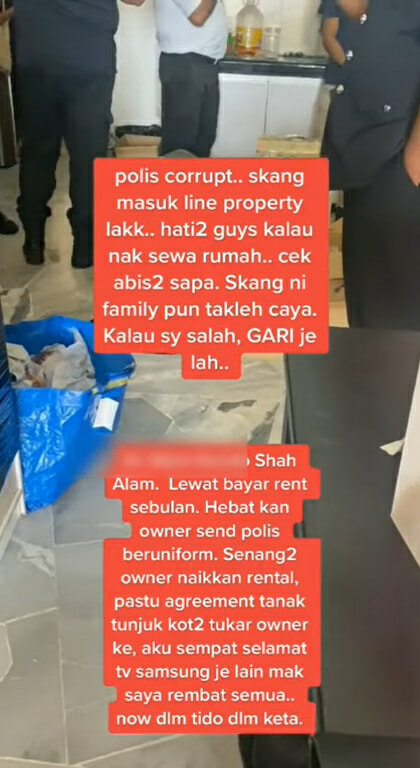 In the video the woman can be heard pleading to the police officer to just give her one more day. However the officer told her that it’s already done and that there’s no use pleading as the landlord wants her out by today.

Wanted by the police

In a report by Utusan, Shah Alam police chief Assistant Commissioner Baharudin Mat Taib said that the woman made such claims due to dissatisfaction.

She had reportedly made the video after she was evicted from her rented house at Pangsapuri Sri Alam in Shah Alam.

Based on police investigation, the house owner had lodged a police report because the suspect refused to leave the house. 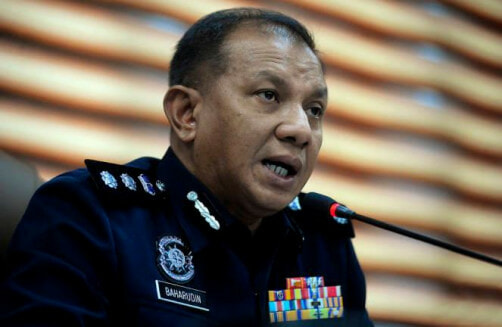 Baharudin explained that the house owner had asked the police for assistance when the tenant refused to move out despite being given two months to do so.

He also said that the police are tracking down the woman and asked the public to assist if they have any information.

The public can contact Inspector Hazimah, who is the Investigating Officer, at 03-55202222.

The case is being investigated under Section 233 of the Communications and Multimedia Act.

Also read: PM Assures That Politicians From Govt or Opposition Involved in Corruption Will Face Justice 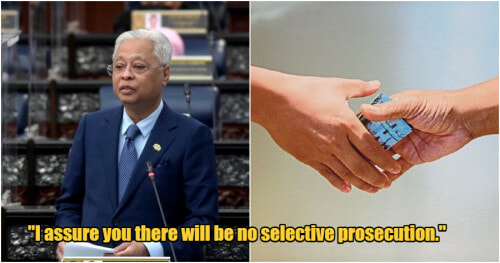